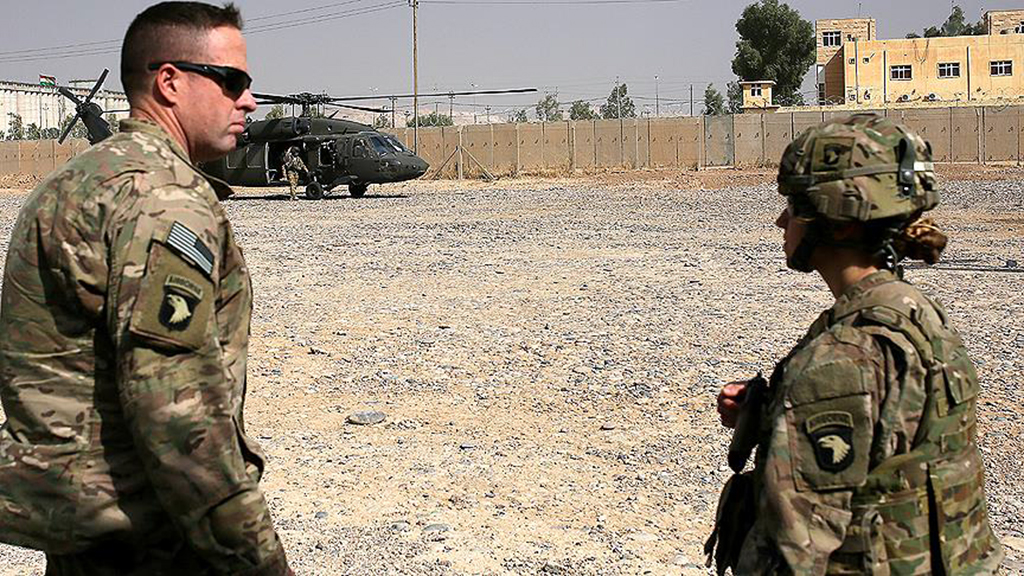 Repeating the same mistakes of Iraq invasion in Syria

The U.S. to continue the militarization of the YPG without using terms such as army or border force..

The latest statement from Washington that a force from the People’s Protection Units (YPG) will not be formed has soothed the rising tension between Turkey and the U.S. to a certain extent. Still, the tension has not ended since the U.S. has not given up the idea of cooperating with the YPG in Syria, although it has taken a step back. While Ankara is counting the hours to begin an operation into Afrin, Washington has not taken a step with regard to establishing new cooperation.

U.S. Secretary of State Rex Tillerson’s remarks suggesting that they understand Turkey’s concerns and the Pentagon’s announcement that they will not form a new force or a conventional border guard unit with the YPG forces does not erase the problem. Washington has not yet abandoned the target of employing the YPG as a police force in the areas it controls in northern Syria and helping the group to form a regional administration.

Moreover, it is possible for the U.S. to continue the militarization of the YPG without using terms such as army or border force.

Foreign Minister Mevlüt Çavuşoğlu said the announcements from U.S. officials do not satisfy Ankara. The primary reason for this is because the U.S. has not changed its policy that regards the YPG as its proxy in Syria.

If Washington raises its sights, such as restricting Iran in Syria without sending U.S. troops to the front, it will not give up efforts to consolidate the YPG. As a result of this, the YPG policy remaining from President Barack Obama’s administration is being maintained at full speed, although the territories seized by Daesh have been recaptured. However, the way of legitimizing the maintenance of this policy is astounding.

It is enough to look at the statements that the U.S. will stay in Syria in Tillerson’s long-winded speech to alleviate Ankara. Claiming that the presence of U.S. troops in Syria is significant in order to prevent Daesh from gaining ground again, Tillerson said the U.S. will not make the same mistake it did while withdrawing U.S. troops from Iraq in 2011, and will not allow history to repeat itself.

As the leading power of the international system, the U.S. government enjoys a great deal of privileges. It is not put on trial due to its decisions to wage war. No one had to give an account of the hundreds of thousands of casualties and the weapons of mass destruction that were not found in Iraq after the country’s invasion in 2003. It can also freely list or delist the groups it wishes as terrorist organizations.

While declaring Hezbollah a terrorist group, it can overlook the fact that the YPG is an offshoot of the outlawed PKK.

Of course, such decisions are made to uphold the country’s own national interests. But one of the leading privileges of the U.S. government that exempts it from responsibility is that it can make new mistakes even though U.S. officials claim that they have learned lessons from previous experiences, especially with regard to the mistakes that levy a heavy price on the people of the Middle East and other regions.

Currently, Tillerson is legitimizing the U.S. staying in Syria by resorting to this type of privilege the U.S. government enjoys.

He argues that they will stay in Syria so as not to repeat the mistake they made in Iraq. If insistently asked about the YPG, he can possibly justify the militarization of the YPG with the same reasoning. However, the Obama and Trump administrations marked another defective policy in Syria while trying not to repeat the mistakes made in Iraq in 2003. They did not only condone the usage of chemical weapons and hundreds of thousands of casualties, but also allowed the country to turn into an inferno of various militia and terrorist groups. They ignored Russia’s aid to Bashar Assad, Iranian Shiite militia’s gaining the upper hand in the field and the demographic purge of Sunni Arabs. Furthermore, they are supporting the PKK-affiliated YPG on the pretext of fighting against Daesh despite all the warnings from its ally Turkey.

Washington’s YPG policy is defective to the extent of causing new conflicts in Syria and Iraq. But no matter what, another U.S. secretary of state will show up and say in the future that they will not repeat the mistakes they made in Syria.

Adapting to the post-empire world
Previous

A partnership at risk: Future of US-Egyptian relations
Next
Loading...
Loading...
We use cookies to ensure that we give you the best experience on our website. If you continue to use this site we will assume that you are happy with it.Ok