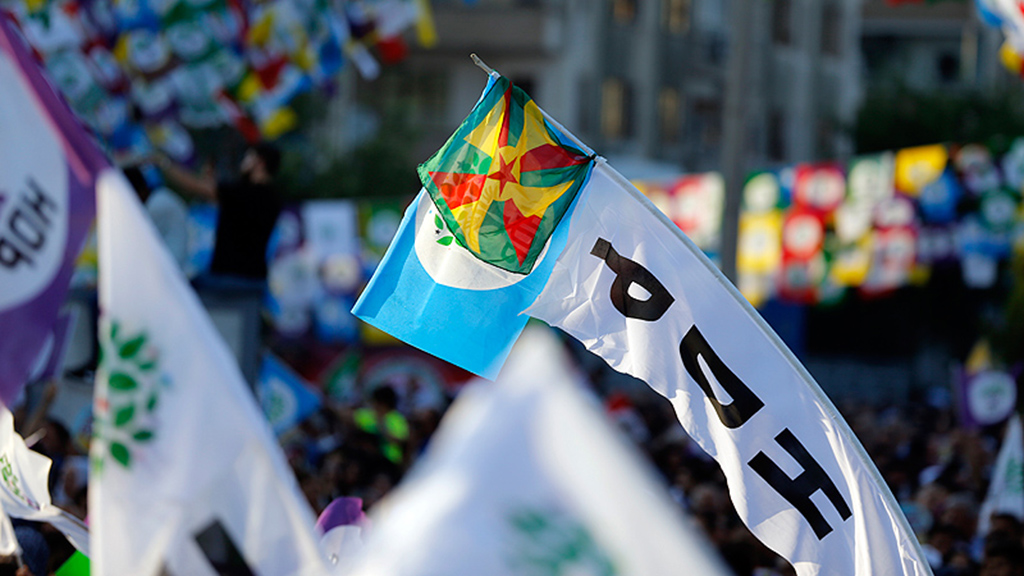 As one of the most controversial debate topics in the elections period, the Kurdish vote has become a hot topic of conversation once again. While the major preferences of Kurdish voters had been between the ruling Justice and Development Party (AK Party) and the Peoples' Democratic Party (HDP) in the previous elections, it is expected that the competition will come true again between these parties. Nonetheless, it is important to evaluate the main motivations behind the voting preferences of Kurdish people.

As one of the most controversial debate topics in the elections period, the Kurdish vote has become a hot topic of conversation once again. While the major preferences of Kurdish voters had been between the ruling Justice and Development Party (AK Party) and the Peoples’ Democratic Party (HDP) in the previous elections, it is expected that the competition will come true again between these parties. Nonetheless, it is important to evaluate the main motivations behind the voting preferences of Kurdish people.

As a heterogeneous group consisting of different subgroups, perceiving Kurdish people as a homogeneous group does not reflect reality. This diversity within the Kurdish community also cause divided expectations and solutions to existing problems among Kurdish people. Thus, the demands of conservative Kurds can be different than the leftist circles within the Kurdish community. Additionally, close-knit relations, sectarian positions, or local issues also determine the voting preferences of these people.

At this point, the main question is whether the majority of Kurds will still support the AK Party. This is a crucial question to evaluate the future of the AK Party and Kurdish voters’ interactions. In the past, there were strong ties between them and the party always got great support from the Kurds. Some circles claim that the future of this relationship is blurred and the Kurds were not going to give this support as much as before especially because of the alliance between the AK Party and Nationalist Movement Party (MHP).

Nonetheless, when the path dependency of the relationship between the AK Party and the Kurds is examined, it is seen that this alliance cannot create a massive problem. As an important indicator, the result of the April 2017 referendum is important to see the effects of this relationship. The rate of yes votes was higher than the AK Party’s votes in November 2015 in most of the provinces of the eastern and southeastern region such as Diyarbakır, Hakkari, Şırnak, Muş, Ağrı, Mardin, Bitlis and Van.

Thus, the Kurds approved the presidential system even though it was brought about with the alliance of the AK Party and MHP.Additionally, because the nationalistic stance of the MHP has never been based on race or ethnicity, this alliance cannot prevent Kurdish people from voting for the AK Party. Since its establishment in 1969, the MHP has preferred civic nationalism rather than ethnic nationalism in its policies. The notion of civic nationalism is dependent on the citizenship definition of the constitution rather than ethnic roots. The party frequently underlines the importance of civic citizenship in the resolution of Turkey’s problems and the leader of the party also denies allegations of ethnic discrimination to their party.Another determinant factor shaping voting preferences of Kurdish people is the position of the HDP.

As another party gaining massive support from Kurdish people, the current stance of the HDP is highly criticized, especially by conservative Kurds. The ongoing close relationship between the party and the PKK seems to lessen the support for the party. Especially Selahattin Demirtaş, the presidential candidate of the party, faces two serious allegations. The first allegation is related to him being the main trigger behind the Oct. 6-8 events in 2014 which caused the death of approximately 50 people. While the HDP under the co-leadership of Demirtaş made a press statement to the Kurdish youth to protest the siege of Kobani, almost all the provinces in the eastern and southeastern regions experienced the violent actions of this group.

The second allegation is about the autonomy declarations issued by HDP-led municipalities with the directions of the PKK’s leading cadre after the 2015 elections. During these autonomy declarations, Demirtaş stated that he was supporting these declarations, which actually were against the unitary structure of Turkey as stated in the Constitution. All of these acts created anger among the Kurdish people. Indeed, this process increased the Kurdish nationalistic stance of the party and prevented “Turkish citizenship as an umbrella identity” – aiming to represent the whole country rather than only Kurdish people –project of the party. Thus, it is difficult to say that the HDP is still representing the common will of Kurdish people.

During the electoral campaign process of the June 24 elections, other parties have been using pragmatic discourse and making pragmatic policy recommendations to get the votes of the Kurdish people. Nonetheless, the discourse of these parties was heavily attacked by their voters and these voters presented their anger and frustrations on social media. When the discourses of these parties are examined, it is seen that they try to instrumentalize Kurdish voters to prevent the People’s Alliance – consisting of the AK Party and the MHP – from getting a majority in Parliament and Erdoğan from being chosen president. Because of these reasons, the strategy of these parties on Kurdish voters depends on the calculation of electoral rewards. As a result of this strategy, they do not propose any draft plan to implement their electoral promises to Kurdish voters.

To sum up, there are multiple elements shaping the preferences of Kurdish voters toward the June 24 elections. Nonetheless, it can be said that the dividedness of the Kurdish people between the AK Party and HDP is still a fact. All of these factors provide some pros and cons for each party and the results of the upcoming elections will clarify how the parties manage this in the election process.

For Turkey and US, a good start in Manbij
Previous

Can Erdoğan win again?
Next
Loading...
Loading...
We use cookies to ensure that we give you the best experience on our website. If you continue to use this site we will assume that you are happy with it.Ok