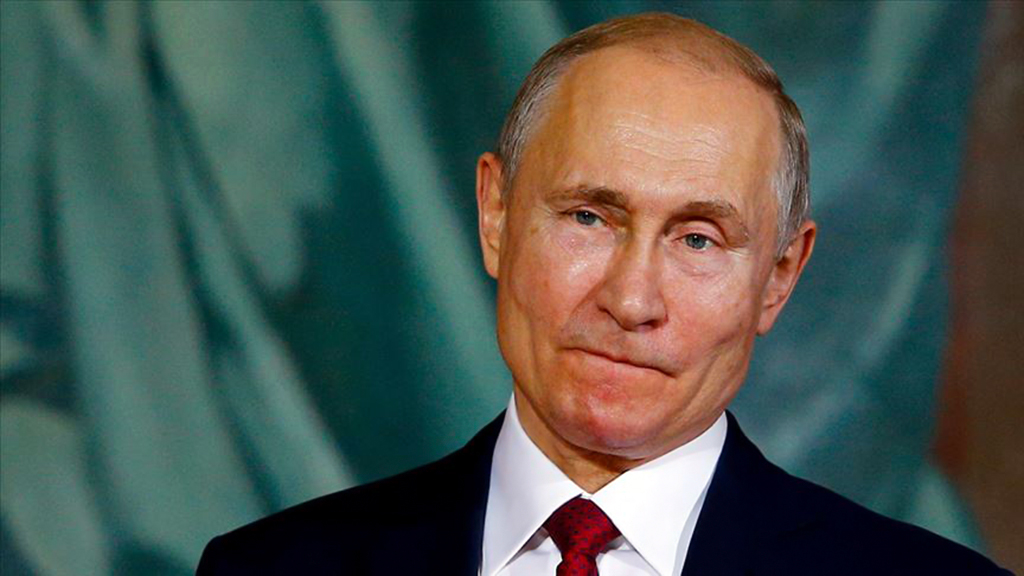 The growing tension between the U.S. and Iran is in the spotlight in our region. Washington is approaching Iran with a policy of "maximum pressure." They have not only strengthened the sanctions but also sent an aircraft carrier to the Gulf.

The growing tension between the U.S. and Iran is in the spotlight in our region. Washington is approaching Iran with a policy of “maximum pressure.” They have not only strengthened the sanctions but also sent an aircraft carrier to the Gulf.

Meanwhile, the White House has intensified diplomatic contact with Europe and Russia. U.S Secretary of State Mike Pompeo met with Russian President Vladimir Putin in Sochi on Tuesday. As a result of the positive atmosphere created in Washington after the disclosure of the Mueller report, a revival in bilateral relations seems possible.

Of course, it is too early to say that relations have been reset. The parties have discussed opening the “frozen communication channels” and forming covert cooperation in critical issues. As a matter of fact, the U.S. and Russia, which cannot agree on the issues of Venezuela and Ukraine, are looking for opportunities for reconciliation on the Middle East’s problems. Apparently, Syria and Iran come to the fore.

It was announced that “many special agreements were reached, and concrete steps were taken” on Syria at the Sochi meeting. To me, these steps concern a political transition process with a formula including Bashar Assad somehow. One of the critical issues is the future of the safe zone.

More importantly, however, the main subject of the reconciliation is Iran. I think they are not only negotiating the disengagement of Assad’s ties with Tehran and the removal of his militia from Syria, but also discussing a larger project of limiting Iran in the region. If mine turns out to be an educated guess, this will be the second clandestine consensus agreement on the region between Washington and Moscow. The first was in 2015, when former President Barack Obama invited Russia to Syria when the Assad regime came to the brink of collapse.

He was concerned that Assad’s sudden fall could jeopardize Israel’s security. The result was destruction for Syria and its surroundings. Now President Donald Trump’s administration wants Iran to be “a normal country that does not pose a threat to its neighbors.” In other words, he has portrayed Iran as a target due to the security concerns of Israel, Saudi Arabia and the United Arab Emirates (UAE). As I see it, the Gulf is in the secondary case, with the main concern being to guarantee Israel’s expansionism as well as to completely keep clear of dangers posed by Iran and its proxies.

The attitude of Moscow, which appears to be an ally of Tehran, is important for the course of affairs. I do not think Russia will make a serious effort to foil the project of limiting Iran. It is not just a question of Putin’s frequent meetings with Israeli Prime Minister Benjamin Netanyahu. Putin attaches importance to bilateral relations with Israel. So much so that the downing of a Russian jet did not harm the intimacy. Putin, by keeping his position as a mediator, prefers to capitalize on the new tension that the U.S. will create in the region. Just like in Syria, he will seize the opportunities at low cost. Neither Washington nor Moscow cares about the chaos and humanitarian plight in the region. Besides, China, a far ally, should not be expected to contribute much, apart from their attempt to flout the Iran embargo.

These analyzes should not make one think that Tehran will easily give up, given that Quds Force Commander Qasem Soleimanihas already instructed the Iraqi militias to “prepare for a proxy war.” Seeing that it will collapse under the embargo in two years, Tehran is preparing to confront the conflict outside and already has with its proxies. It reinforces Iran’s national feelings with partial withdrawal from the nuclear deal. In spite of the U.S. embargo, Iran’s proxies will survive. They may wage a serious struggle against anti-imperialism and the Shiite equation. The critical question is who can endure a proxy war better; the hired soldiers of the Gulf and Israel, or the proxies of Iran, from Lebanon to Palestine and Yemen? The answer is the second one, of course.

This suggests that if the tension grows into a conflict, it will not be limited to proxy wars and will require U.S. intervention. Moscow will wait for the appropriate time to act.

The 'second round effect' in Istanbul
Next
Loading...
Loading...
We use cookies to ensure that we give you the best experience on our website. If you continue to use this site we will assume that you are happy with it.Ok