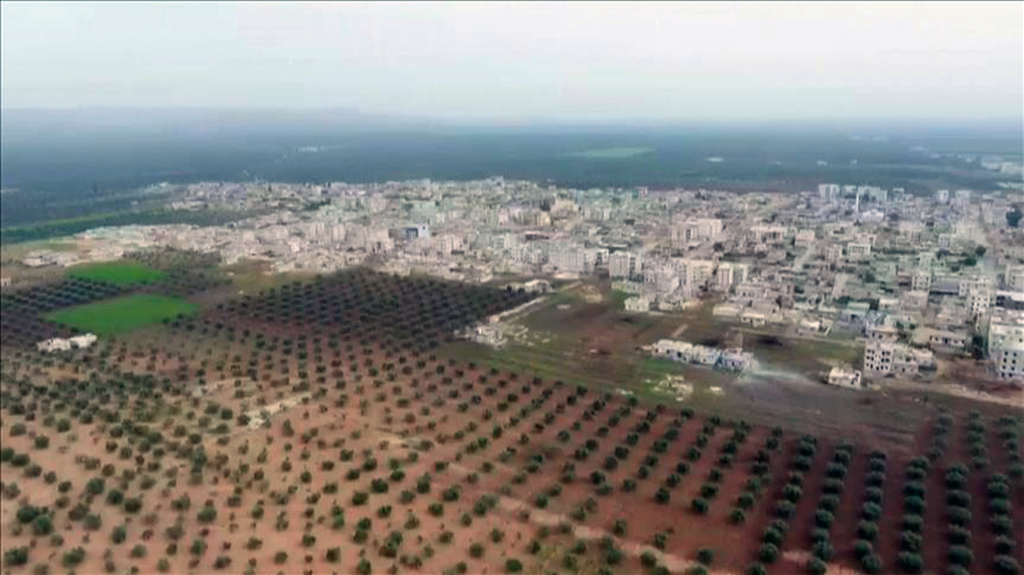 The ongoing turmoil in the Middle East, particularly the escalation of the Syrian war, can be seen as an indication of the restart of a cold war

Most observers would agree that the current international system is in a state of deep crisis. The U.S., a long-time hegemon, continues to lose power as it experiences a political, economic and foreign policy crisis; challenging global powers, like Russia and China, in particular, continue to consolidate their systemic positions.

The U.S. argues that it does not want to provide global public goods, i.e., political stability and the free market because the other global powers benefit more from the current system as free riders. Furthermore, the U.S. has increasingly been in conflict with its traditional NATO allies, the western European countries, and Turkey.

Preferring a unilateral foreign policy to a multilateral one, the U.S. tries to create a new international system, which will be functioning in favor of the U.S. only. Eventually, this preference requires a conflictual political perspective, not a cooperative one. All this ended with a global rebalancing process in the world when challenging global powers became more assertive.

The Middle East is one of the most strategic regions that all global powers have a great interest in. After the Cold War, the U.S. tried to engage with the region using different cards such as “international terrorism,” “rogue states,” and the “proliferation of weapons of mass destruction,” however, none of these allowed the U.S. to gain full control.

Regional developments such as the invasion of Iraq and the Arab uprisings have dramatically changed the regional balances and political expectations. The Syrian Crisis now represents the main struggle area for what can be seen as a renewed cold war.Currently, it is clear that irrespective of the result of the crisis, the future of Syria will not be determined by the Syrians. The most important actors of the crisis are global powers, namely Russia and the U.S. The second most important actors are Iran and Turkey.

Accordingly, the crisis will be solved at an international, rather than regional or national level and without the support of the global powers, a sustainable solution will be very difficult to achieve.

While Russia and Iran work together and support the Assad regime, the U.S. does not cooperate with any regional actor included in the Syrian crisis but acts through the PKK-linked People’s Protection Units (YPG).

As the U.S. had not done enough, it mobilized Israel, Saudi Arabia, the United Arab Emirates, Egypt and Jordan to create a new coalition against the Russia-Iran axis. In the light of these developments, the nature of the Syrian crisis has changed and turned into a battleground for the two sides.

The global powers will continue to fight for their national interests and they will utilize any regional instrument they can. While competing with one another, they will remain indifferent to the security concerns of regional states and the humanitarian tragedy of the Syrian people.Unfortunately, their main preference is not regional stability or the loss of human lives. For instance, in spite of the U.N. Security Council resolution, the most recent attacks of the Russian air forces and the regime’s troops in Eastern Ghouta could not be prevented by the U.S. or other global actors. The global power will revitalize the regional vulnerability and instability, which will make the regional actors more dependent on the global powers.

To leave the interests and expectations of the global powers aside, there are two main points regarding the Syrian crisis. The first and the most important preference is to end the humanitarian crisis of the Syrian people and to protect the territorial integrity of the Syrian state.

The second most important priority is to prevent the ramification of the instability to the immediate neighboring countries. While the local actors are unable to secure their interests, the regional actors, namely Turkey and Iran, will continue to play their own game, regardless of the expectations of the global powers.

The regional powers will try to exploit the process of this renewed cold war initiated by the global powers since the future of the rivalry between the two global powers will be influenced by the support that they get from the region. For the last several years, the U.S. has been otherizing the two most powerful states of the Middle East – Turkey and Iran – while Russia has been cooperating with them in the context of the Astana/Sochi process.

Considering this, it can be asserted that Russian policy toward the Syrian crisis is more sustainable and the American policy focuses on a temporal actor whose future cannot be foreseen.

The meeting between Trump and 'Rocket Man'
Next
Loading...
Loading...
We use cookies to ensure that we give you the best experience on our website. If you continue to use this site we will assume that you are happy with it.Ok