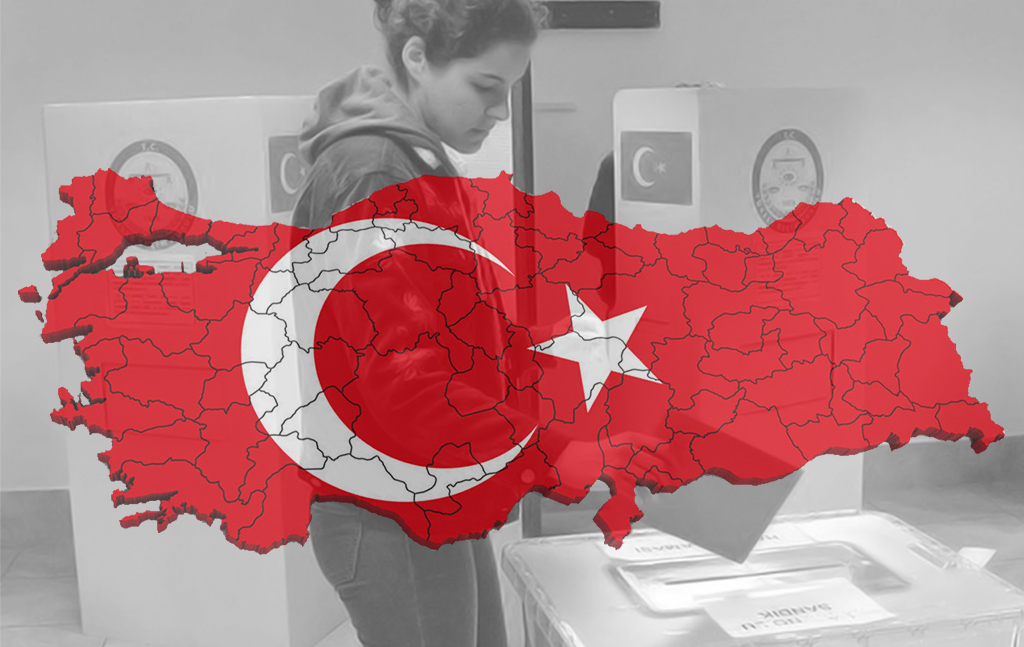 In the aftermath of Turkey’s historic votes

The June 24 elections were positioned as a critical juncture in Turkish political life in many aspects.

The June 24 elections were positioned as a critical juncture in Turkish political life in many aspects. Firstly, the presidential system approved in the April 16 referendum will beput into practice with these elections. Additionally, laws permitting parties to form alliances were implemented and the effects of these alliances on voting behavior could be measured for the first time. But beyond these factors, turnout rates of 86.2 percent in the parliamentary elections and 88.1 percent in the presidential elections showed very healthy results in terms of representation and legitimacy of the elections in Turkey and proved consolidation of Turkish democracy again.

In this point, a full-fledged evaluation of election results is crucial to understand the post-election atmosphere. The incumbent President Recep Tayyip Erdoğan was re-elected with 52.6 percent of the votes while his closest rival Muharrem İnce only got 30.1 percent of the votes. Although most surveys were assuming that there would be a second round, the presidential elections were completed in the first round. Other presidential candidates; Meral Akşener, Selahattin Demirtaş, Temel Karamollaoğlu, and Doğu Perinçek; did not perform well and disappointed their voters.

As well as the presidential elections, the parliamentary elections were also crucial in switching to a new governmental system. When the Justice and Development Party’s (AK Party) parliamentary election success is examined, there is a decrease in its votes (41.85 percent) compared to the November 2015 elections in which the party got 49.5 percent of the votes. Although some commentators claim that the party lost its votes to the Nationalist Movement Party (MHP), there is need for more data to understand the underlying reasons of this decrease. President Erdoğan also stressed that they were going to assess the results of elections to understand this decrease.

The alliance partner of the AK Party, the MHP, stabilized its previous voting rates although there was a decrease in its votes according to pre-electoral surveys. Even though the party split into two groups, one of which later founded the Good Party (İP) last year, the election results show that the MHP could manage to keep its votes. The success of the MHP in elections also reflects that loyalty to the founding values of the party among its voters is still so powerful that the party can mobilize its supporters around these values.

The failure of the Nation Alliance

When it comes to the members of the Nation Alliance, the Republican People’s Party (CHP) was, by a long way, the most unsuccessful party compared to the others. Although the party increased its seats in the Parliament from 134 to 146, it reduced voting rates from 25.3 percent to 22.6 percent. This failure was based on the high-ranking CHP officer’s support for the Peoples’ Democratic Party (HDP) in parliamentary elections. Most of these officers directed their voters to vote for the HDP in parliamentary elections to enable it to pass the 10 percent official threshold to be represented in the Parliament. The gap between the CHP and its presidential candidate İnce’s votes created anger among CHP supporters after the elections.

Even if it was introduced as the rising star of Turkish politics, the Good Party (İP) also experienced a failure in elections. The party got 43 seats in the Parliament with 9.89 percent of the votes. On the other hand, the party’s presidential candidate Akşener could get only 7.29 percent of the votes despite her assertiveness and ambitions during the election campaign. Additionally, even if it was marketed as the alternative of the AK Party, the Felicity Party (SP) and its presidential candidate Karamollaoğlu also faced a sharp failure in the elections. The failure of these two parties created disappointment not only among their supporters, but also on their senior alliance partner, the CHP. While evaluating the reasons of his failure in elections, İnce implicitly criticized Akşener and Karamollaoğlu and stressed that if they got more votes in the first round of presidential elections, there would be a second round that he would win. Nonetheless, Akşener refused İnce’s claims and saw herself and the İP as successful.

Based on this information, the aftermath of the elections should also be analyzed. First of all, with the de facto implementation of the presidential system after the elections, Turkey is about to face a fundamental change in its state institutions and bureaucracy. The cohabitation between the executive and legislative powers will have a crucial function in this process. The “winner-takes-all” and “first-past-the-post” rules in the presidential system will accelerate the transition of state bodies into the new structure. Thus, there seems to be a smooth and unproblematic transition to the new system.

Another important factor in the post-election period is the evaluation of possible strategic voting behaviors in the upcoming elections. As it is seen in the case of the CHP-HDP voter interactions, the pre-electoral alliance system increased strategic voting behavior capacity among voters in Turkey. Thus, this behavior will be a variable on the results of upcoming elections, too. The parties seem to pay attention to this issue especially towards the local elections of 2019.

Last but not least, the CHP is very likely to face an intraparty opposition movement in the following days. The intraparty opposition in the CHP became active right after the elections and some leading figures of the party urged Kılıçdaroğlu to resign. Even if Kılıçdaroğlu seems to not respond to this call, it appears that the members of opposition will mobilize party organs to organize an extraordinary meeting to change the chairmanship of the party.

Tips to improve the Ankara-Washington friendship
Next
Loading...
Loading...
We use cookies to ensure that we give you the best experience on our website. If you continue to use this site we will assume that you are happy with it.Ok