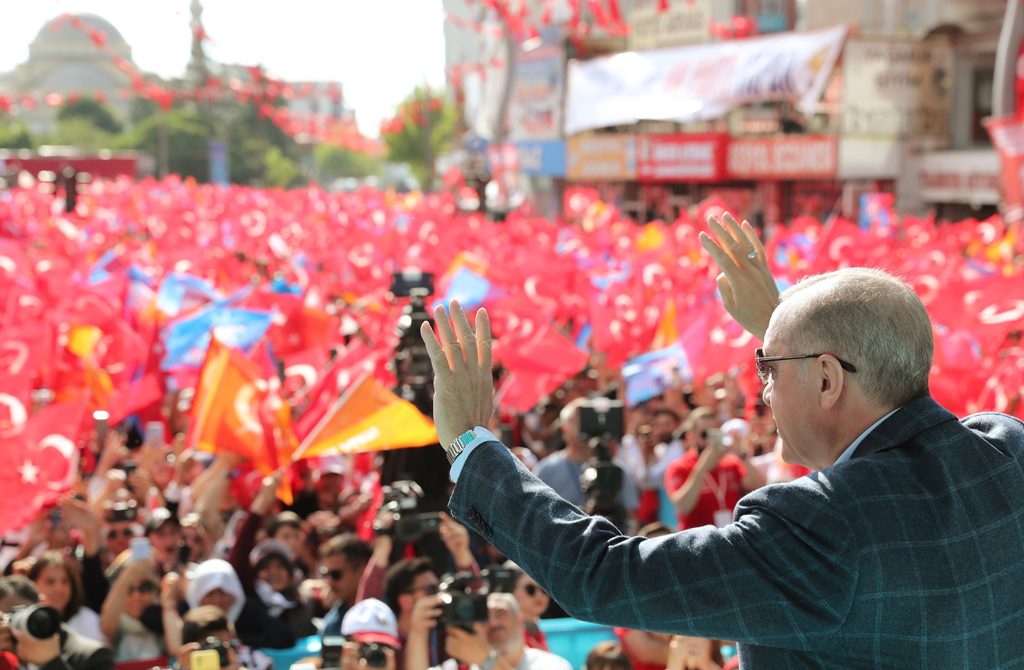 Turkey never ceases to debate 'identity politics' around elections. In previous elections, political parties tapped into distinctions between religious and secular citizens, Sunnis and Alevis, or Turks and Kurds, in open or veiled manners, to influence voters.

Turkey never ceases to debate “identity politics” around elections. In previous elections, political parties tapped into distinctions between religious and secular citizens, Sunnis and Alevis, or Turks and Kurds, in open or veiled manners, to influence voters.

It appears that the question of Syrian asylum-seekers, in turn, will be one of the main issues of next year’s election. Still, recent comments by some opposition figures about main opposition Republican People’s Party (CHP) Chairperson Kemal Kılıçdaroğlu’s Alevi background raised questions about the possibility that the Kurdish question and the difference between Alevis and Sunnis could become a central issue in the 2023 campaign. At the same time, there is a debate over “defending national interests” that relates to foreign policy, national security and counterterrorism – which is linked to identity issues as well.

I posit that the identity debate in Turkey takes place on two distinct levels. The first debate involves a divisive and “othering” treatment of differences between seculars and the religious, Sunnis and Alevis, and Turks and Kurds. In the past, the CHP subscribed to a policy that rejected the democratic rights of Turkey’s religious citizens. In response to the addressing of conservatives’ demands regarding the headscarf ban and religious instruction under successive Justice and Development Party (AK Party) governments, the main opposition party recently adopted a discourse of “making amends.”

It goes without saying that the CHP leadership’s rhetoric cannot conceal the revanchism of some angry secularists. The discriminatory tone, which one finds in threats made against conservatives by certain parliamentarians and commentators, reveals that sentiment.

In truth, Kılıçdaroğlu intends to send a message to that group when he talks about “fighting” and “holding people accountable.” Nonetheless, it appears that the CHP will portray itself as a tolerant movement vis-à-vis the headscarf.

I do not expect that the Sunni-Alevi divide will be an element of identity politics in next year’s election.

The backlash against those folks, who portrayed Kılıçdaroğlu’s background as an obstacle before his presidential bid, from the government and the opposition already established that.

In other words, those who discriminate against anyone due to their sectarian identity are bound to suffer political consequences.

A similar factor applies to the Kurdish identity. The People’s Alliance makes a clear distinction between the PKK and the Peoples’ Democratic Party (HDP), and the Kurds. It maintains that the PKK and the HDP hurt the Kurds.

Indeed, President Recep Tayyip Erdoğan delivered a strong message at a public ceremony in Van regarding the Kurdish community’s rights and his stance during the resolution process: “For me, there is absolutely no difference between my Kurdish brothers and sisters and my Turkish brothers and sisters. For we love the created due to the creator. We cannot engage in discrimination. We haven’t discriminated in the past. We are not discriminating today. Nor will we discriminate in the future. Whereas some people hid behind terrorist groups and exploited democracy, we fought to grant you the rights and liberties that you deserved without question. Wherever you see those, who exploit your identity when they open their mouth, grab them by the collar and ask them: Who asked you to re-embrace the guns and end the resolution process?”

On the second level of the identity debate – the national identity – we will witness intense discussions.

The government and the opposition will engage in a fierce rhetorical competition over how to treat questions of foreign policy and security vis-à-vis Turkey’s national interests/identity.

The decision to block Sweden and Finland’s NATO membership, Greece’s militarization of the Aegean islands, military operations against PKK-YPG in Syria and Iraq, and dialogue with the Western governments over those issues immediately come to mind. Again, an important issue will be which definition of ‘national interest’ and ‘national identity’ would best prepare Turkey for its next century.

At a time when great power competition leads to war – in Ukraine, which is just the beginning – and emboldened nationalism fuels fresh uncertainty in the international system, the discourse of “defending national interests” cannot be treated as a simple discourse of national survival.

Politicians must refrain from alienating any groups in Turkey while engaging in a rhetorical competition over “defending the national identity and interests.” The political parties and candidates, which discriminate against the various identities that collectively form Turkey, cannot possibly make the electorate accept their definition of national interest.

It is true that we will be exposed to identity politics but the debate over national identity could be inclusive and it could look out for our “national interests.”

Which strategy is President Erdoğan pursuing?
Next
Loading...
Loading...
We use cookies to ensure that we give you the best experience on our website. If you continue to use this site we will assume that you are happy with it.Ok