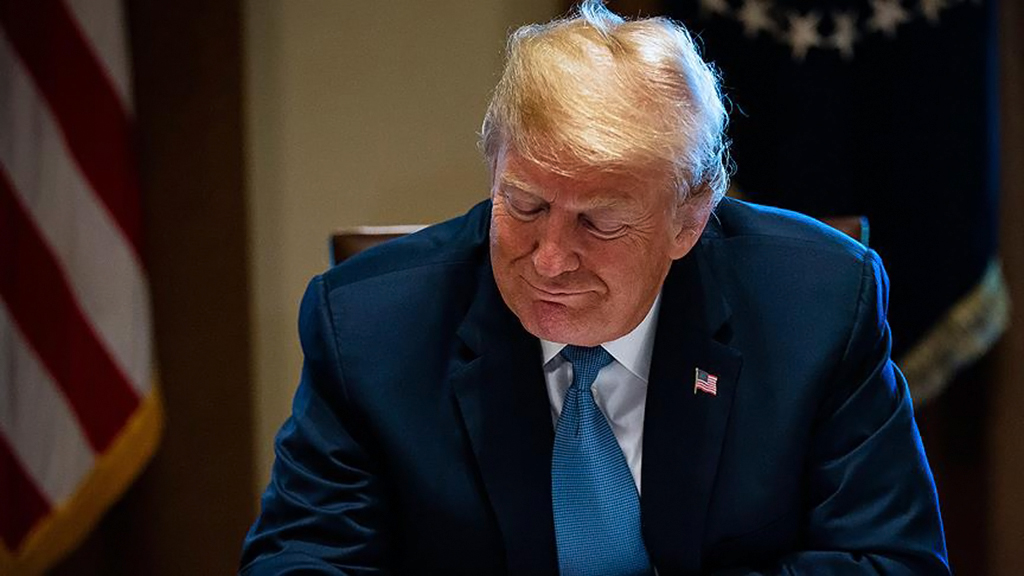 How Trump benefits from the ‘coup’

With the U.S. midterm elections around the corner, public debate on President Donald Trump's political future is heating up.

With the U.S. midterm elections around the corner, public debate on President Donald Trump’s political future is heating up. As Barack Obama joined the Democratic battle to take back the House of Representatives, there is speculation among Republicans that Trump is facing a “coup.” There had been rumors for some time that certain people wanted the U.S. president to follow in Richard Nixon’s footsteps and step down, and Vice President Mike Pence to take over. The question of Trump’s potential impeachment has now evolved into a “resistance” within the administration and allegations of a coup in the White House.

“Fear: Trump in the White House,” a new book by American journalist Bob Woodward, has sent shockwaves through Washington even before it hit the shelves. The main point is that certain White House officials had been trying to protect U.S. interests despite President Trump – including by hiding documents to prevent him from signing them. Again, Woodward claims that certain senior officials, including John Kelly and Jim Mattis, insulted Trump by calling him names. Although the president rejected the claims, the public finds Woodward credible.

The second salvo was fired by The New York Times, which published an anonymous op-ed with the controversial title, “I am part of the resistance inside the Trump administration.” A senior official, building on the same theme as Woodward, claimed that (s)he stayed in office to protect the United States from Trump’s “impulsiveness” and part of his legislative agenda. To make matters worse, the author said that many senior officials in the administration shared the same concerns. According to the essay, the people involved in the administration’s dealings with Russia and North Korea saw themselves as “the steady state.”

In an attempt to find the source of the leak, members of the Trump administration urged The New York Times to reveal the identity of the anonymous contributor. The U.S. president said that “unelected deep state operatives… are truly a threat to democracy itself.”

The crisis was so deep that senior administration officials, including Vice President Pence, John Kelly, Mike Pompeo, Dan Coats and Jim Mattis, publicly denied any involvement in the anonymous essay. Going one step further, Pence said he was “100 percent confident” that no one on his staff was involved and volunteered to take a polygraph “in a heartbeat.”

The latest addition came from Steve Bannon, who previously served as “chief strategist” in the Trump administration, “There is a cabal of Republic establishment figures who believe Donald Trump is not fit to be president of the United States. This is a crisis.”In other words, the United States will hold midterm elections against the backdrop of a heated debate on the deep state and a coup against the president. Having entered office as a controversial figure, Donald Trump is now considered an increasingly controversial president. Needless to say, what is happening has amounted to a crisis of American-style liberal democracy.

To be clear, backlash from the Washington establishment wasn’t unexpected at all. After all, Trump was a dark horse in the Republican primaries and the presidential race. When I asked an executive of a U.S. think tank what would happen if Trump won, he not only rejected that possibility but also pledged to move to Istanbul if he were wrong. He still lives in Washington. Yet it seems that like-minded people have joined the administration to resist Trump from within the White House.

The obvious problem is that the people, who force Trump to live under a sword of Damocles due to Russian meddling in the 2016 election, are unable to protect U.S. institutions or prevent the president from deriving power from crises. Accurately anticipating the public response to various developments, the U.S. president manages to portray himself as a guardian of democracy who defies the deep state and coup plotters. If all else fails, Trump could easily exploit the Idlib crisis to reinvent himself as a humanitarian.

The fate of Syria depends on Idlib
Previous

The clash of interests in Idlib
Next
Loading...
Loading...
We use cookies to ensure that we give you the best experience on our website. If you continue to use this site we will assume that you are happy with it.Ok