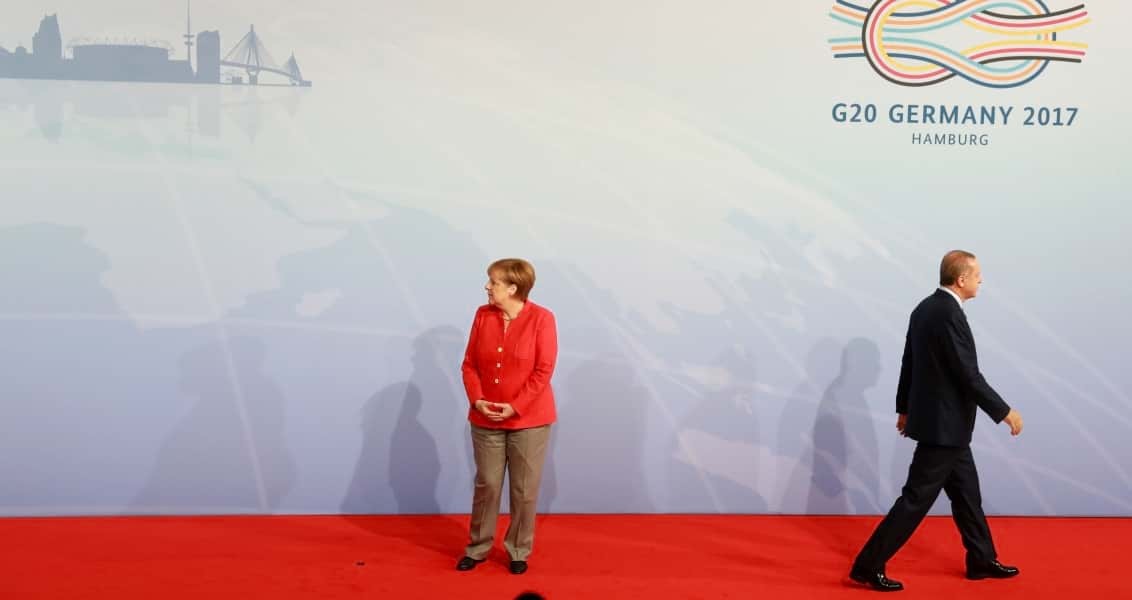 German Foreign Minister Sigmar Gabriel, who has been a vocal critic of Turkey, finally came out in an interview with Bild newspaper and claimed that Turkey will not be able to join the European Union as long as President Recep Tayyip Erdoğan is in power. He supported this claim by suggesting that Erdoğan is moving away from Europe’s values.

Gabriel’s most recent comments were part of a broader anti-Erdoğan campaign that he has been running for some time. Over the past months, he has been making headlines by suggesting that half of Turkey’s population opposes Erdoğan and they look to Europe and Germany for help. He also accused Erdoğan of dragging the Turkish community in Germany into a cultural war. By claiming that Erdoğan’s supporters are anti-democratic, Gabriel resorted to orientalist language akin to the West’s self-proclaimed civilizing mission.

First and foremost, it is possible to note that Gabriel, a populist himself, has gone on a tirade about Turkey because he is concerned about attracting votes ahead of the upcoming parliamentary elections in Germany. Likewise, one could conclude that Gabriel’s delusions about Turkey supposedly heading toward an Islamic presidential dictatorship are related to the same concerns.

At the same time, it is important to acknowledge that Gabriel’s controversial remarks provide valuable insights into Europe’s new Erdoğan policy. Moreover, we can already predict that certain groups in Brussels will start calling on European leaders to mount more pressure on Turkey after the German and Austrian elections.

We must also be prepared for efforts in the Western media and inside Turkey to persuade the Turkish people that they would be better off without Erdoğan. This message should be considered part of the smear campaign that started ahead of the April 2017 constitutional referendum that aims to prevent Erdoğan’s re-election in 2019. As such, we should expect to hear over the next 18 months at home and abroad how Erdoğan really is a burden on Turkey.

Encouraged by the constitutional referendum’s margin of victory, Erdoğan’s domestic opponents have been trying to talk European leaders into mounting pressure on Turkey. Main opposition Republican People’s Party (CHP) Chairman Kemal Kılıçdaroğlu’s recent claim that Turkey is not safe for German tourists was no coincidence.

Again, the lobbyists for the Gülenist Terror Group (FETÖ) and PKK in Europe have been calling for various measures against Turkey in order to get rid of Erdoğan. They believe that an economic crisis could stop Erdoğan from winning the majority of votes in 2019 and thus leave power. In order to reach their goal, opponents hope to lure away Nationalist Movement Party (MHP) voters with a new party launched by Meral Akşener and attract part of the Justice and Development Party’s (AK Party) base by suggesting that things are not going in the right direction.

To accomplish both goals, the anti-Erdoğan front has been running a two-fold smear campaign: In Europe, they fuel fears that Europeans are losing Turkey for good. Meanwhile in Turkey, they make the case that the opposition will be finished off if Erdoğan wins in 2019. To be clear, their plan is flawed. Among other things, Turkey is not where it was in 2013. The political turmoil of the past four years convinced Turkish people that both Turkey and Erdoğan were under attack. As such, the vast majority of voters understand that the smear campaign targets Turkey’s claim to regional leadership – not just its president.

Moving forward, the Turkish government must remain alert against the possibility that hostility toward Turkey will turn into Europe’s shared policy. The AK Party leadership in particular needs to understand that the 2019 elections will not be treated as part of Turkey’s internal affairs by outsiders and take necessary precautions in due time. Without further delay, Turkey needs to go on a public diplomacy offensive in cooperation with Europeans with vested economic and strategic interests in the country.

Everybody Knows Who Killed Whom
Next
Loading...
Loading...
We use cookies to ensure that we give you the best experience on our website. If you continue to use this site we will assume that you are happy with it.Ok