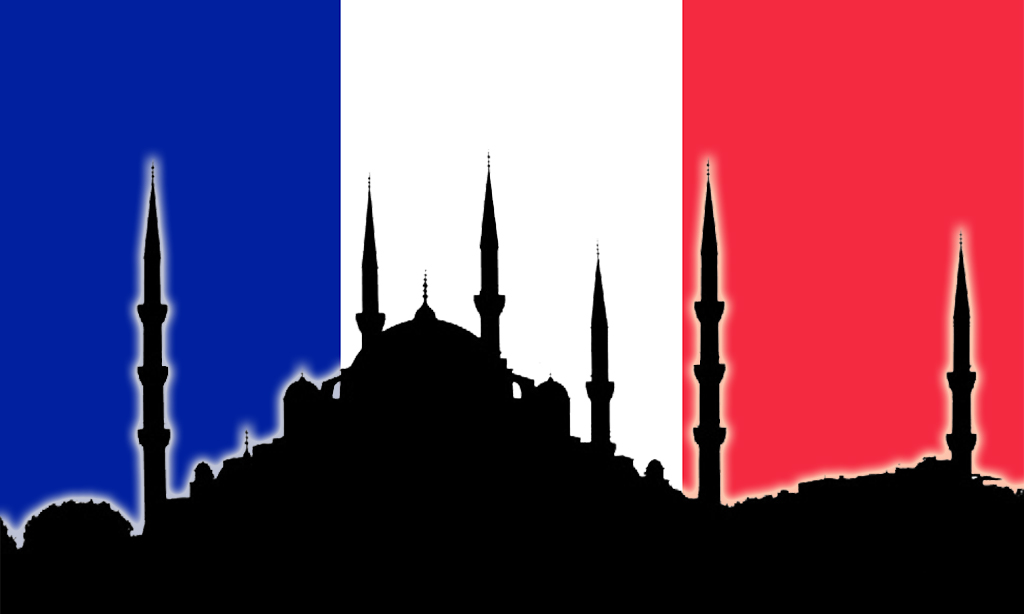 Policies of ‘organizing’, ‘controlling’ and ‘modernizing’ Islam stem from the old colonial discourse that promotes the domestication of the ‘good Arab’

In Sept. 2018, “Institut Montaigne”, a French think tank close to French President Emmanuel Macron’s government, published a report that calls for a stronger regulation of Muslim religious practices by the state in order to better counter “Islamism”.

Entitled “Islamism Factory”, the report triggered a turmoil among French Muslim communities since it conflates regular Muslim practices, such as wearing the headscarf (for women), the five daily prayers, consuming halal food etc., with Islamism and extremism threats.

Yet, the Islamism threat remains the strongest argument for the French state to intervene in Muslim affairs, and thus contradicting the very principle of French secularism, mainly defined by the 1905 law, which imposes a strict separation between the state and religious affairs. In fact, Macron’s government is currently planning to introduce a tax on halal products and pilgrimage in order to finance French imam schools and oversee mosque-building projects.

This interventionist approach to Muslim affairs is not a new trend, however. From 1990 to 2016, French governments, be they left or right wing, created several official structures in order to organize (i.e. nationalize), to control (i.e. secure), and to “modernize” (i.e. enlighten) Islam in France. Although these different policies do not constitute a monolithic and coherent organization of Islam, they produced an intertwined set of mechanisms, all aimed at controlling and influencing the way Muslims practice their faith in France.

On the one hand, this complex system seems to have been first conceived as an answer to what is called the “consular Islam”, a policy of delegating the management of Islam to the countries of origin of the post-1945 migrant workers, especially those from Algeria, Morocco, and Turkey. On the other hand, the policies of ‘organizing’, ‘controlling’ and ‘modernizing’ Islam stem from the old colonial discourse that promotes the domestication of the “good Arab”.

The French state’s attempts at ‘regulating’ Islam have been taking place in the wider context of the creation of a “Muslim problem”. Indeed, when we look at the 1980s, we can see a clear correlation between the rise of Arab-origin French visibility in the public sphere and the rise of the far right. The pressure on immigrant communities further increased with the far-right “Front National” getting historic results in consecutive elections: the 1984 European elections (11 percent), the 1986 Parliamentary elections (10 percent) and the 1988 Presidential elections (14,4 percent).

It is in this context that what had hitherto been perceived as an “Arab immigration problem” suddenly became a “Muslim problem” at the end of the 1980s, particularly following the Islamic Salvation Front’s (FIS) victory in the Algerian elections and the consequent civil war (1990-1991), the expulsion of three hijab-wearing girls at the secondary school of the Northern city of Creil (Oct. 1989), Iran’s Supreme Leader Ayatollah Khomeini’s fatwa against Salman Rushdie and his Satanic Verses.

This “Muslim problem” is rooted in an old, and still persisting, French post-colonial disposition towards North African workers and families with established lives in France. It is a range of segregating discourses materialized in law, urbanism and symbols that lead to the relegation of the targeted population to subaltern jobs, to the city’s periphery (suburbs), to limited social rights and to poor civic participation. The discourse of “Muslim problem” legitimizes official measures and statements defining the North-African population as the “other”: those who are unlike the French and whose existence in France can never be fully justified.

This asymmetrical relation of power between the French state and Arab-Muslim communities also led to the creation of state-sponsored organizations from 1990 to 2003 with the purpose of reframing and reshaping the representation of Islam in France. The goal was also to regulate the training of imams and their speeches, mosque-building projects and the Islamic discourse at large. Yet, until the establishment of the French Council of the Muslim Faith (CFCM) in 2003 on Nicolas Sarkozy’s impulsion, none of these attempts had a significant impact on Muslim practices.

Despite its unpopularity among ordinary French Muslims, the CFCM became the main official interlocutor of the French state on every issue related to Islam and the Muslim rites of worship in France through a national council and regional councils.

In parallel to the CFCM structure, the same government launched “the Foundation for the works of Islam of France” (Fondation pour les oeuvres de l’Islam de France) under an initiative by the Gaullist Prime Minister Dominique de Villepin in 2005. The project had the aim of organizing fundraisers to finance mosques under the supervision of the state. However, this foundation has never become a reality. In 2015, the then interior minister, Bernard Cazeneuve, tried to launch it once again under the name of “Foundation for Islam of France” (Fondation de l’islam de France).

It is a consultative council that aims at imposing an “autonomous and Republican” Islam particular to France. Surprisingly enough, the interior minister chose to nominate another former interior minister, Jean-Pierre Chevènement, to be the head of the foundation, which demonstrates the French state’s lack of confidence toward French Muslim actors.

The foundation’s website presents the aim of the project through a statement of the French orientalist Jacques Berque: “I don’t want for France a ‘French Islam’ but an ‘Islam of France’, which is a Gallic Islam; I mean an Islam aware of modern societies’ issues, an Islam that resolves problems that it never had to resolve in the past. Imagine the repercussions of this kind of Islam in the rest of the Islamic world!”

This continual state intervention in Muslims’ affairs did enable the state to impose its agenda upon Muslim federations, i.e. its concerns for identity, security and a modern Islam. Yet, French policies on Islam has failed to reach its most important objectives: they have not succeeded in representing the French Muslim communities, proposing clear policies that realistically reflect the religious needs of Muslims (imam training, halal certification, financing of mosques etc.), and in taking over the role the countries of origin played (as part of “the consular Islam”) in the French Muslim affairs.

Indeed, the difficulties experienced by the CFCM — the biggest and most elaborate structure to have come out of all the mentioned attempts — reflect an ongoing competition between foreign countries and organizations as well as egos. A number of French Muslim activists, such as Marwan Muhammad, the former president of the CCIF (Initiative against Islamophobia in France), attribute this failure to state interventionism, which is perceived as an attempt to impose top-down policies upon Muslim communities.

This is the reason why Marwan Muhammad organized, with a group of scholars — among them French sociologists, anthropologists and activists — a tour of the mosques in France and Muslim organizations in order to assess Muslims’ needs and to federate French Muslim communities from the bottom. This wide consultation led, in Sept. 2018, to the creation of a national platform, “L.E.S Musulmans”, which is already able to bring together hundreds of local mosques and organizations under its roof.

Yet, Macron’s government does not give too much attention to this initiative. On the contrary, the French Interior Minister Gerard Collomb officially praised the report on Islamism published by the “Institut Montaigne” (mentioned above), which proposes that the state impose new taxes on halal food, pilgrimage, and a number of other Muslim activities.

For nearly three decades, French governments, regardless of their positions on the political spectrum, have attempted to design a “French Islam” resorting to top-down policies while neglecting the needs and opinions of the main group of people involved: French Muslim communities. Mostly motivated by security reasons, these governments have tried to assume the official representation of French Muslims; an “obedient” kind of representation that is fully in line with the state’s directives.

As for Emmanuel Macron, he has postponed, several times already, his reform on policies on Islam since it is a highly contentious issue. Yet, in many statements Macron has repeated the objectives of security, control and integration, which are the main elements of the French official approach to Muslims. In fact, the constant production of laws targeting Muslim citizens with a colonial mindset, the increase of terror attacks in the last five years as well as the use of a hard discourse on laïcité do not encourage Macron’s government to change this security approach.

Turkey-US relations after the Brunson affair
Next
Loading...
Loading...
We use cookies to ensure that we give you the best experience on our website. If you continue to use this site we will assume that you are happy with it.Ok