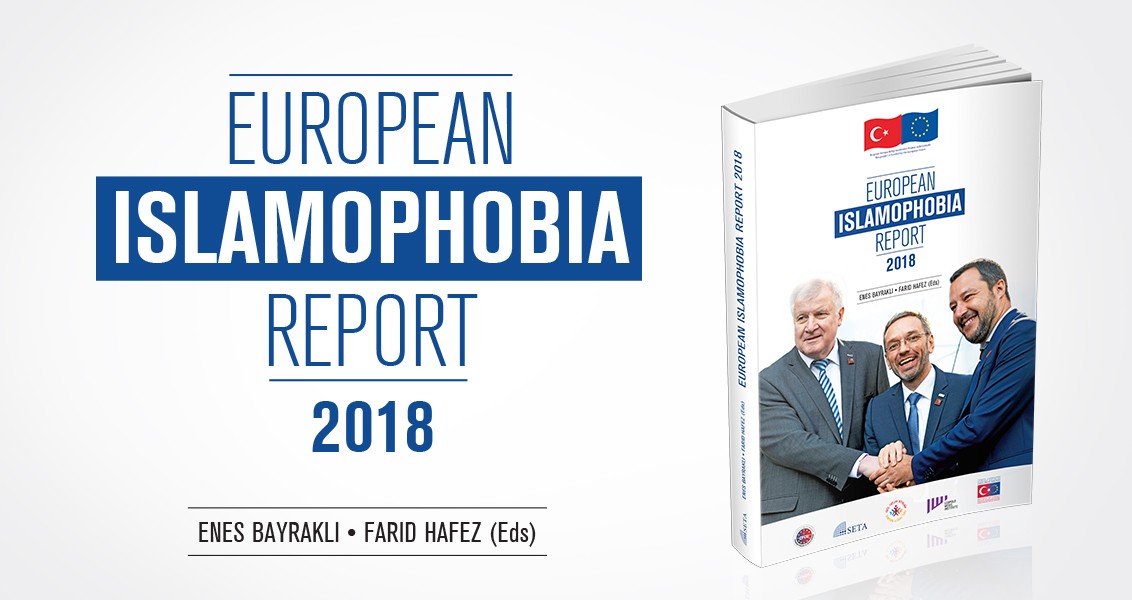 21st September is the European day of action against Islamophobia and religious intolerance.  This day makes echoes to the dramatic Christchurch terror attack on March 15, 2019 that made 51 dead, 49 injuries and shocked the international community.

In order to help European policy makers to assert the extent of anti-muslim racism, the SETA  releases the European Islamophobia Report 2018. This report investigates in detail the underlying dynamics that directly or indirectly support the rise of anti-Muslim racism in Europe in 2018.

In fact, many surveys such as the EU Terrorism Situation and Trend Report (TE-SAT), published by EUROPOL, already point out the growing danger of right-wing terrorism. Yet, they never mentions the anti-Muslim ideological framework working behind this trend. The European Islamophobia Report 2018 aims at filling this gap.

By gathering 39 local scholars, experts, and civil society activists specialized on racism and human rights, the European Islamophobia Report 2018 shows how the banalization of Islamophobic discourse in the European public sphere as well as the constant anti-Muslim discrimination in workplace, education and justice pave the way for violent actions against Muslim and their institutions.

The report is the result of a cooperative work between the SETA foundation, Leopold Weiss Institute, and the European Union that funded the whole project.

The European day of action against Islamophobia and religious intolerance is the opportunity for all of us to remember that Muslims are among the first victims of the rise of far-right extremism in Europe. In Austria, the Office for Documenting Islamophobia and Anti-Muslim Racism recorded an increase of approximately 74% of documented anti-Muslim racist acts in its report for 2018. In France, the Collectif contre l’islamophobie en France recorded an increase of 52%. In the UK, governmental bodies recorded a rise in 2017-18 of religion-specific cases by a staggering 40% (double the figure of 2015/16). Instances of vandalism directed at places of worship also recorded a significant (50%) rise in the same period. In the Netherlands, the Anti-discrimination Agencies (ADVs) announced that 91% of a total of 151 incidents of religious discrimination reported to the police were related to Muslims. The Anti-discrimination Agencies received 304 reports of religious discrimination, two thirds of which were directed against Muslims.

Women constitute the majority of the victims of Islamophobia, especially when they wear headscarves. For instance, the Collectif contre l’islamophobie en France (CCIF) notes that 70% of the victims of Islamophobic acts in France are women. Attacks against Muslim women range from verbal aggressions, denial of access to services, Muslim women forcibly having the headscarf removed, and go as far as attempted rape and physical attacks.

Islamophobia is not only a threat for Muslim communities established in the European continent but also for the security and the stability of European states. Islamophobic terror attacks illustrates the extent to which anti-Muslim racism promoted in far-right and nationalistic circles represents a concrete danger to human rights, national security, and the European model of coexistence.

In 2018, direct attacks against Muslims led to deaths and serious injuries. In Italy, for instance, a man shot and killed a Senegalese street seller, Idy Diene (54), a well-known member of his local mosque in Florence. In Greece, far-right groups attacked Afghan refugees, including women and children, who gathered and protested in the central square of Lesvos about the delay in getting their asylum cards. During the attack racist slogans like “burn them all” were heard. In total, 28 people were injured and hospitalized during this attack. In Finland, three Finnish youths brutally attacked a Pakistani migrant in Vantaa, stabbed him 20-30 times and repeatedly wounded him with an axe causing, among other injuries, a fractured skull. In the United Kingdom, three young men deliberately drove a stolen vehicle into pedestrians heading into the Al-Majlis Al-Hussain Islamic Centre (Cricklewood, London), injuring three worshippers. In France, several groups planned or called for planning terror attacks against Muslim people such as the AFO (Action of Operational Forces) that was about to physically attack hundreds of imams, Muslim women, and mosques in the summer of 2018.

On this 21st September European day of action against Islamophobia and religious intolerance it is time to reflect on this growing threat and to find ways for seriously tackling anti-Muslim racism in Europe. A close reading of the European Islamophobia Report 2018 may be a good start.

Al-Quds | History, Religion and Politics
Next
Loading...
Loading...
We use cookies to ensure that we give you the best experience on our website. If you continue to use this site we will assume that you are happy with it.Ok