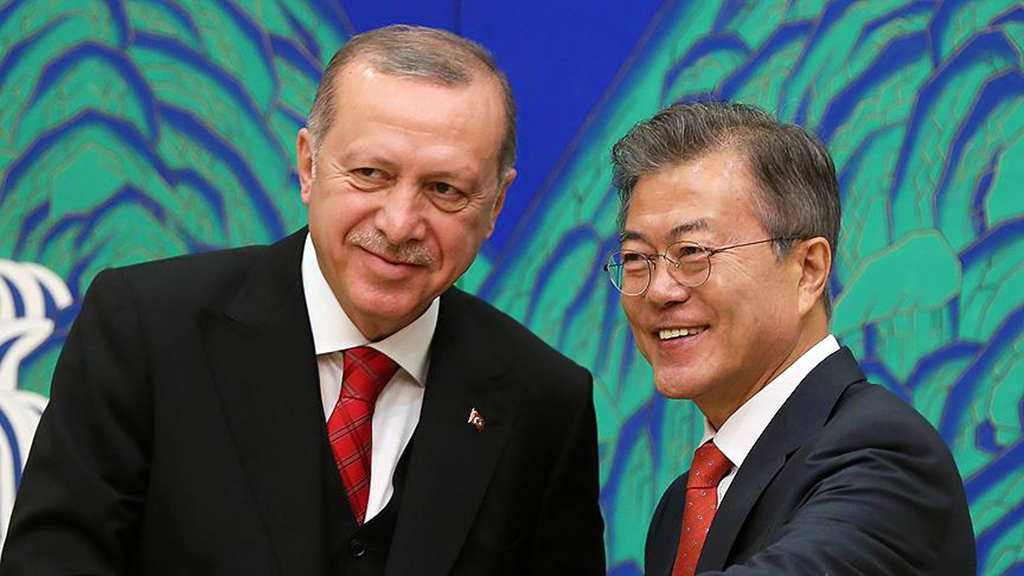 Erdoğan on the road ahead of elections

We have been on the road with President Recep Tayyip Erdoğan, who visited Uzbekistan and South Korea, since Sunday. The election campaign has had no effect on the Turkish leader's foreign trips. His ability to form the People's Alliance early on made it possible for him to make prescheduled trips.

We have been on the road with President Recep Tayyip Erdoğan, who visited Uzbekistan and South Korea, since Sunday. The election campaign has had no effect on the Turkish leader’s foreign trips. His ability to form the People’s Alliance early on made it possible for him to make prescheduled trips.

When the opposition was busy trying to find a suitable presidential candidate, Erdoğan was working on taking Turkey’s relations with Uzbekistan to the next level. In South Korea, he negotiated joint defense projects and major investments, including Kanal Istanbul. Over the past week, Turkey has signed four agreements each with Uzbekistan and South Korea, and formed a High Level Strategic Council with the Uzbeks.

Over the next few weeks, Erdoğan’s foreign trips will continue uninterrupted. From May 13-15, he will visit the U.K. to meet Queen Elizabeth II and British Prime Minister Theresa May. His trip will focus on promoting closer cooperation with London in the post-Brexit period. After, the president will be in Bosnia-Herzegovina on May 20-21 to meet Turkish citizens in Europe – as if in response to French President Emmanuel Macon who recently called for the admission of Balkan countries into the European Union to save them from Russia and Turkey. At the same time, his steps could be seen as a challenge to the antidemocratic practices of Austria and the Netherlands.Speaking with reporters in Seoul, Erdoğan did not try to hide his frustration with Macron’s most recent statements about Turkey. He said that the French president did not act like a statesman when he boasted about driving a wedge between Turkey and Russia. Nobody could drive a wedge between Ankara and Moscow, he added. With regard to Turkey’s relations with Balkan nations, Erdoğan said it was impossible to ignore the deep-running historical and cultural ties between his country and the Balkans. Finally, he criticized European governments for banning campaign events within their borders.Although the president made those remarks, it was clear from his tone that he did not care about the approach of Western governments and media outlets on the June 24 elections. I should add that Erdoğan seems focused on the five-year period following the upcoming elections. It appears that tensions with Europe will not be a dominant theme in this election campaign, but it is difficult to say the same about potential developments in the Middle East.

French touch may not help stabilize the Middle East
Previous

Erdoğan's Istanbul Manifesto
Next
Loading...
Loading...
We use cookies to ensure that we give you the best experience on our website. If you continue to use this site we will assume that you are happy with it.Ok