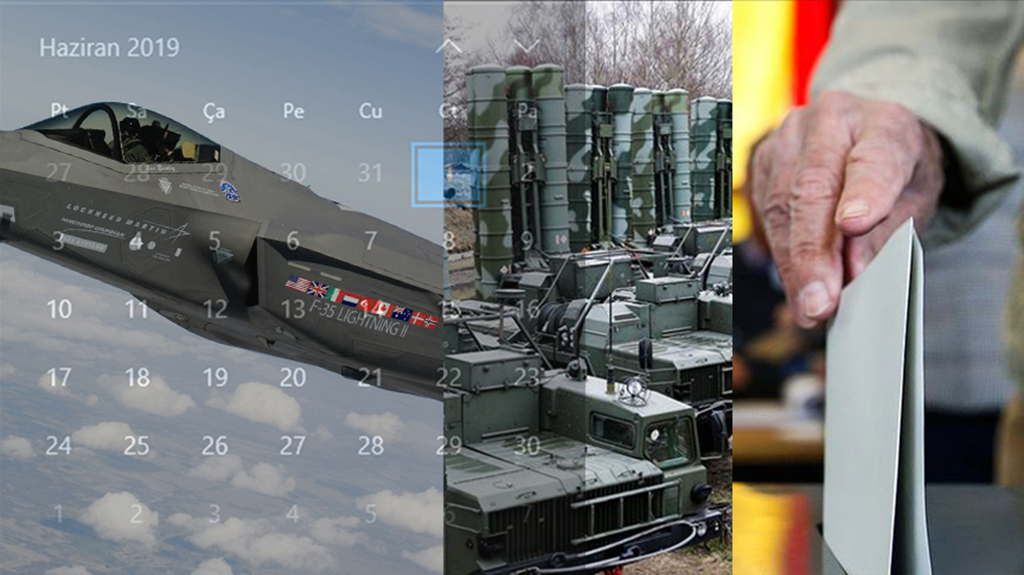 Calm before the political storm of June

Turkey has a very busy agenda ahead of itself for the month of June..

Turkey has a very busy agenda ahead of itself for the month of June. The top item obviously is the June 23 Istanbul mayoral election. Starting with the Ramadan Bayram, or the Eid al-Fitr holiday, the election campaign will gather pace. The next three weeks, which will set the stage for a neck-and-neck race between the two contenders, will be full of game changers. The rerun feels like a second-round election and the mayoral candidate that wins over undecided voters will finish first. It is necessary to recall the following point: where conservative voters stand will determine the next mayor of Istanbul. Whether or not party leaders will get personally involved in the campaign and how intense their war of words will be in the final stretch are the subject of much curiosity.

The real impact of both candidates, both of who proved capable of using social media, depends on face-to-face interaction with voters.

Up until now, however, the main opposition Republican People’s Party (CHP) candidate Ekrem İmamoğlu has seemed prone to losing his nerves. In contrast, the Justice and Development Party’s (AK Party) candidate, Binali Yıldırım, builds on his experience and motivation.

Another important issue relates to Turkey’s plan to purchase the S-400 missile defense system from Russia and a potential backlash from the U.S. Washington continues to threaten Turkey with the Countering America’s Adversaries Through Sanctions Act (CAATSA) if they go forward with the deal. At the same time, there are rumors about Turkey’s pending removal from the F-35 fighter jet program. Additional orders from Japan and Poland, experts believe, may be a prelude to the Turkish departure. Ankara responds to those threats by reiterating its commitment to the S-400 agreement. Since there is no reason to expect the U.S. Congress to soften its stance on Turkey, the ball is on U.S. President Donald Trump’s court.

In previous phone calls with President Recep Tayyip Erdoğan, Trump has reportedly conceded that Turkey was right and blamed his predecessor, Barack Obama, for failing to sell the Patriot, an American surface-to-air missile (SAM) system, to the Turks before Ankara turned to Russia.

According to media reports, Trump supports a Turkish proposal to form a joint commission on the impact of the S-400 on the F-35 jets. Moreover, Trump is known to be a critic of CAATSA, which limits the executive branch’s foreign policy powers.

Seeking to contain Iran, the U.S. President would look for a middle ground if he takes into account Turkey’s vital strategic importance to American interests. Where things go from here will be largely decided when Trump and Erdoğan meet at the upcoming G20 summit in Japan on 28-29 June.

Yet another item on Turkey’s agenda is the Assad regime’s ongoing assault on Idlib. Although Moscow claims the current offensive to be limited, Assad has been bombing civilians to death. The U.S. and European powers are concerned about the prospect of a new influx of refugees due to Idlib’s destabilization.

Meanwhile, the Turks reinforced their observation posts in the area and repeatedly reminded the Russians that Assad was violating the cease-fire negotiated in Sochi last year. The various bilateral meetings in the upcoming G20 summit’s margins are therefore key to Idlib’s fate.

Finally, there are growing tensions between the U.S. and Iran. Although Japanese Prime Minister Shinzo Abe strengthened hopes for a negotiated settlement, the next few weeks will tell where the dispute is heading.

Riyadh is concerned that Trump’s lack of appetite for a war with Iran and regime change in that country will undermine the broader agenda of Tehran’s containment. Early elections in Israel, too, further complicate the situation.

When it comes to Turkey and its agenda, it is hard to cover all bases. Hence my inability to discuss the proposed safe zone in Northern Syria and the so-called “Deal of the Century,” which the Trump administration is expected to unveil after the Ramadan Bayram.