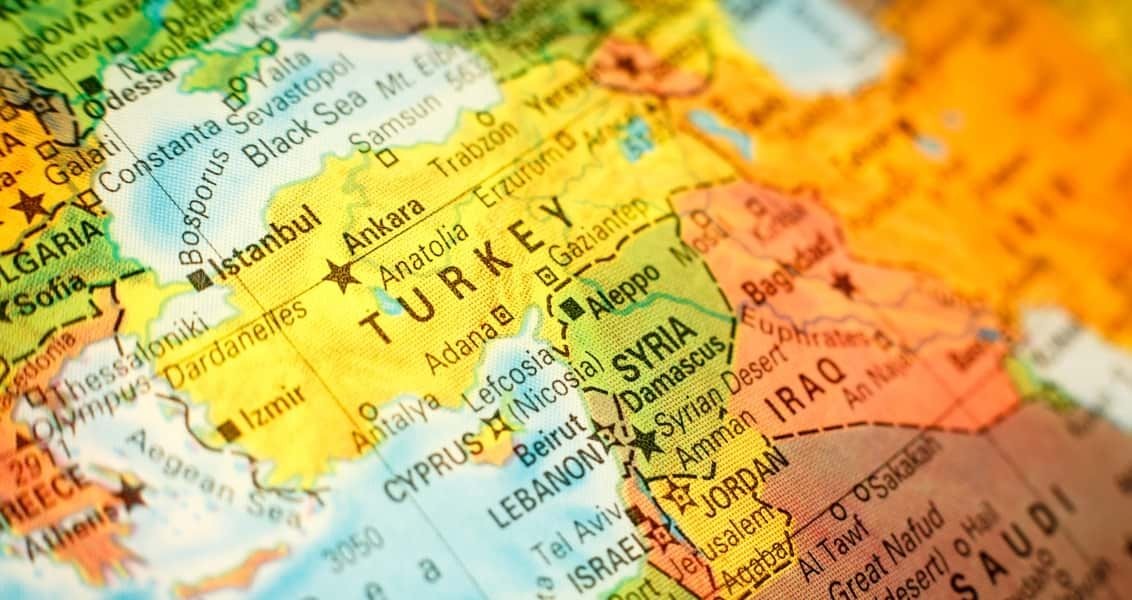 Balkanization of the Middle East Shall Be Resisted

In terms of safeguarding regional stability, the key issue is protecting the territorial integrity of even the most fragile states in the Middle East through collaborative efforts

The Sykes-Picot Agreement in the Middle East based on spheres of influence, microstates, geo-economics of energy and great power meddling went through various transformations in the 20th century, but its essence remained largely unaltered. Dominant global powers in every epoch wanted to keep regional actors tightly controlled and maintain their influence on the ground by supporting proxy political – and occasionally paramilitary – groups in an attempt to sustain regional instability.

While the long civil war in Syria nears a potential close, a renewed Sykes-Picot Agreement is in the making in the Middle East through competitive collaboration among current global powers. Sovereign countries, including Iraq, Syria, Libya and Yemen, have been pulled into the abyss of civil war, terrorism and constant instability in recent years. These developments could easily be seen as part of a process of “creative destruction” in which a new regional order is designed with modified national boundaries. While the Astana Process proceeds on Syria, it is impossible to miss the competition among global actors led by the U.S. and Russia to conjure up new microstates or autonomous regions through formulations of loose national integrity. For instance, the Democratic Union Party (PYD) corridor in northern Syria, strongly opposed by Turkey for national security reasons, seems to constitute the nucleus of just one microstate in the future political composition of Syria. It does not require tremendous expertise to predict that the formation of a microstate or autonomous region with strong links with the PKK terrorist organization and an ideology of discriminatory Kurdish socialism will trigger endemic instability.

Another crucial case in prospective microstate formation is northern Iraq. Despite strong warnings by regional actors such as Turkey and Iran, the Iraqi Kurdistan Regional Government (KRG) is set to hold an independence referendum on Monday. The critical decision by KRG leader Masoud Barzani to hold this referendum might primarily be a political action just to galvanize his domestic leadership, but it is bound to have radical repercussions in the region and beyond. In fact, a process of disintegration in Iraq that might start with the referendum might usher in a new phase of instability akin to what Prof. Hüseyin Bağcı from METU called the “Balkanization of the Middle East.” It suffices enough to remind ourselves how a series of unexpected events and fragmentation dynamics unfolded in the Balkans following the disintegration of the former Yugoslavia in the 1990s, leading to the Bosnian and Kosovan wars.

The situation in northern Iraq could quickly get out of control as the KRG intends to include Kirkuk, known for its rich oil reserves and cosmopolitan population, including the Turkomans and the Arabs, in the referendum. A move toward independence will also make the 2005 Iraqi Constitution, a document accepted with major American support, largely idle and undermine the current legal basis of the Iraqi State. It is no wonder that the central Iraqi government has already issued a warning that they will use military force to prevent a potential secession of KRG-controlled parts from the country. If a military confrontation breaks out, it might quickly evolve into a sectarian conflict with massive destabilizing repercussions for the region. Turkey, in turn, might be forced to intervene to protect the interests of the defenseless Turkoman population in Kirkuk, while Iran also has a strong motivation to protect its own interests across the Iraqi border. The referendum might also set a precedent for the projected PYD zone in northern Syria and contribute to the acceleration of Syria’s disintegration, triggering new regional conflicts in the process. Therefore, the referendum campaign that is projected to international public opinion as an innocent search for self-determination might turn into a dangerous adventure that opens Pandora’s Box and stimulates a series of bloody conflicts in the Middle East.

As a regional power that strongly supported the KRG and its leader Barzani by extending diplomatic, economic and military support during the most difficult times since the First Gulf War in 1991, Turkey raised its opposition to the referendum at the highest level on international platforms. President Erdoğan pointed out that such a move could unleash enormous destabilizing pressure on an already volatile region and trigger counterproductive steps that might fuel region-wide conflicts. What matters most now is the respective positions and concrete responses of two leading global powers, the U.S. and Russia, to KRG independence. While the Trump administration has officially declared that they forcefully oppose the independence decision, it is a poorly kept secret that the American establishment and Israel have been encouraging the KRG leader to proceed with the referendum. Russia, on the other hand, already showed its tacit support by extending long-term oil contracts between its oil giant Rosneft and the KRG administration. Therefore, the possibility of a last-minute U-turn by the KRG administration under international pressure seems pretty remote as we enter the last 72 hours before the polls open.In terms of safeguarding regional stability, the key issue is protecting the territorial integrity of even the most fragile states in the Middle East through collaborative efforts. Once the process of redrawing national maps via international intervention begins, the Balkanization of the whole region might lead to unexpected consequences and nobody might be in a position to stop the anarchy.