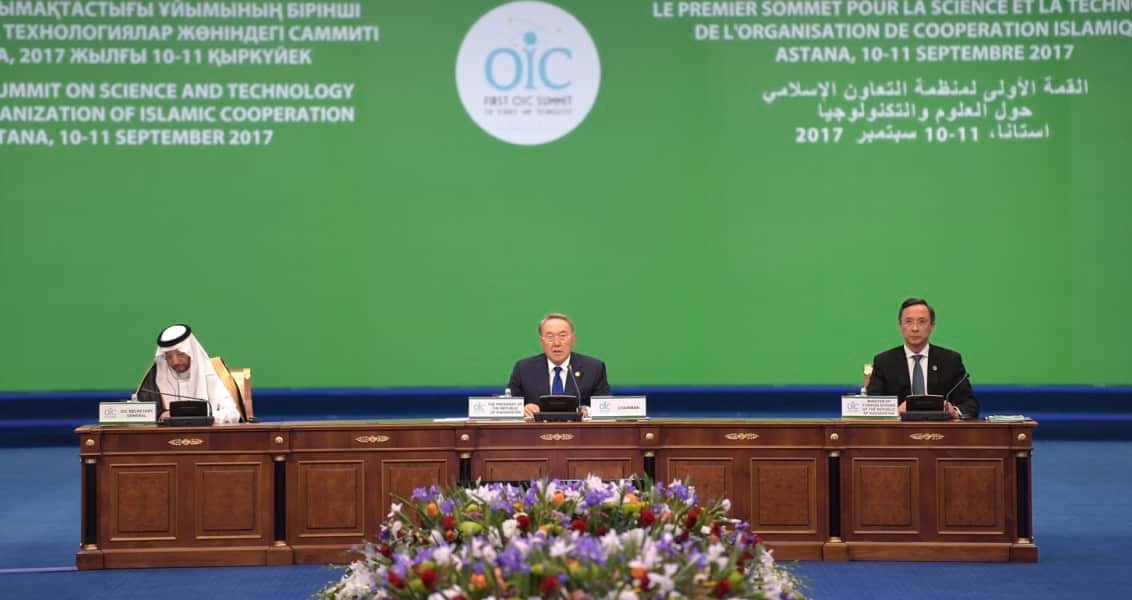 The first ever OIC Summit on Science and Technology started a historical process through which multifaceted issues related to scientific research, higher education reform, financing and the commercialization of technology began to be discussed as strategic priorities

In an age of multipolar global competition, intensifying protectionism and rivaling drives for international competitiveness, national capacities for science and technology have acquired renewed strategic importance. Humanity is at the eve of the Fourth Industrial Revolution that will connect industrial manufacturing and our daily lives with digitized control systems. Therefore, the focus of international competition will gradually shift from conventional industrial-military spheres to more complicated realms of science, technology and digitization. Rising areas of the knowledge economy, such as biotechnology, nanotechnology, genetics, optics, lasers, artificial intelligence, software and new-age storage technologies, such as big data and cloud, increasingly determine both the course of personal careers and national prowess in the global political economy.

In this context, it is necessary that the Organization of Islamic Cooperation (OIC), as the second largest international organization in membership after the United Nations, concentrate its energy on the issue of science and technology to foster cooperation among its members. In this vein, following years of preparation and soul searching, the First Summit of the OIC on Science and Technology was held in Astana, the thriving capital of Kazakhstan. The choice of venue was perfectly compatible with the general theme of the summit, as the rapid transformation of Astana from a small town in the Kazakh steppes into a world-class capital over the course of the last two decades is a testament to neatly planned implementation of science and technology to urbanization.

While the Muslim world keeps struggling with endless civil wars, internal strife, sectarianism, radicalism, all sorts of terrorist violence, a lack of proper education and a dearth of scientific activity, it was extremely important that issues in science and technology were discussed at the level of state leaders. Therefore, the first ever OIC Summit on Science and Technology started a historical process through which multifaceted issues related to scientific research, higher education reform, financing and the commercialization of technology began to be discussed as strategic priorities among Islamic countries. This development is perfectly in tune with the logic of emerging global competition.

This week, I had the personal privilege to participate in the Astana Summit and follow presentations by the leaders, the diplomatic proceedings and discussions and national demands first hand. During the sessions, the topics that came frequently to the fore included the need to improve educational infrastructure and provide better funding for hard-core scientific research. Linkages between financial sectors and the research community through venture capital, micro-credit and angel investor schemes were also discussed. The importance of university-industry linkages and exchange of best-practice applications among Islamic countries were also high on the agenda. The summit was perfectly hosted by Kazakhstan President Nursultan Nazarbayev who has shown his personal enthusiasm for science and technology as gateways for national, regional and global development on several occasions. The impressive closing ceremony of Energy Expo 2017, which was held in Astana during the OIC Summit, also showcased new technologies in renewable energy and demonstrated the modern face of Kazakhstan.

In the meantime, the density of participation at the summit by prominent leaders from the Muslim world testified that the agenda on science and technology was sincerely embraced by national administrations. Fifteen heads of state and prime ministers were present, including President Recep Tayyip Erdoğan, Iranian President Hasan Rouhani, Azerbaijani President İlham Aliyev, Afghan President Ashraf Gani, Uzbek President Shavkat Mirziyoyev, Pakistani President Mamnoon Hussain, Venezuelan President Nicholas Maduro (representing the Non-Aligned Movement) and Bosnia-Herzegovina Presidency Council Member Bakir Izzetbegoviç. More than 80 national delegations were also represented by ministers and high-level diplomatic corps. A special session on the plight of the Rohingya Muslims in Myanmar was held during the summit with the initiative of the Turkish delegation and the Astana Declaration was adopted affirming the commitment of members to alleviate poverty, increase budgets for education and accomplish the goals envisioned in the OIC 2025 Plan of Action and the UN Sustainable Development Goals.

Needless to say, meaningful progress in international platforms requires substantial time, concerted effort and energy. But the fact that Muslim states and the OIC as their umbrella institution have started a process through which progress in modern science and technology is evaluated as a strategic priority at the leadership level gives us hope. Knowledge is power and the Muslim world needs to improve its access to modern knowledge and technology to keep up with intensifying global competition.

The Significance of Recent Negotiations for the Gulf Crisis
Previous

The United Nations Incapable of Facing Global Problems
Next
Loading...
Loading...
We use cookies to ensure that we give you the best experience on our website. If you continue to use this site we will assume that you are happy with it.Ok