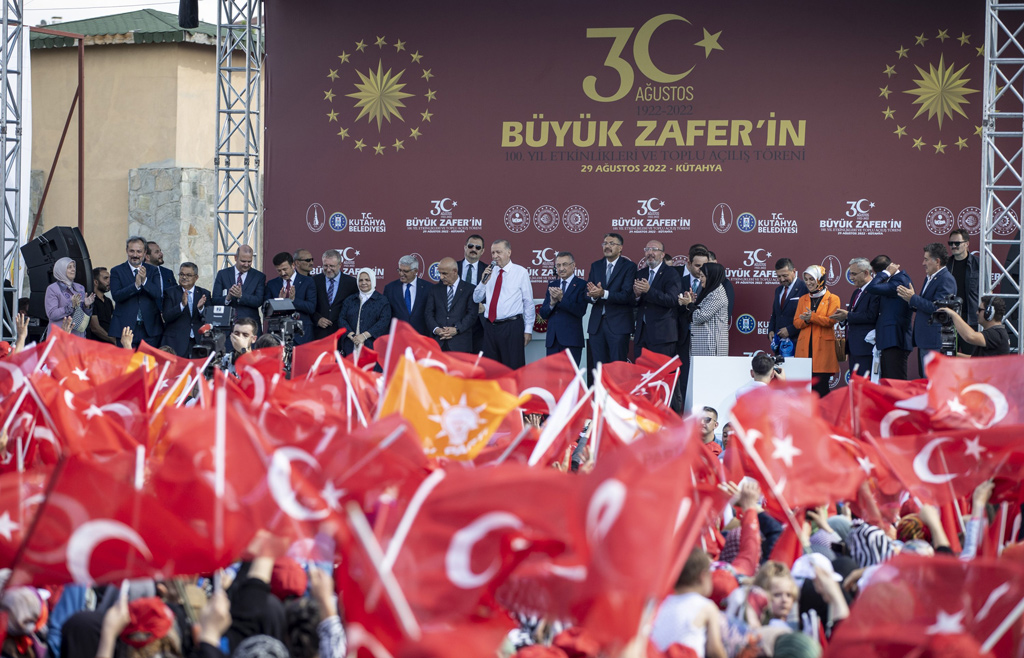 As Türkiye learns to use its soft power along with its military might, it continues to pursue a successful foreign policy and a role as a regional leader

Under the leadership of the Justice and Development Party (AK Party) governments and President Recep Tayyip Erdoğan, Türkiye has been following a successful foreign policy with regional actors. Ankara genuinely started pursuing a role as a regional leader during the AK Party era. Learning to use its soft power alongside its hard/military power, the country has become the most important balance changer and game changer in its region. I will emphasize several factors of Türkiye’s regional policy to demonstrate its effectiveness in the region and the new status that it has achieved.

First of all, Türkiye began to eliminate the threats directed against its national security beyond its borders and thus adopted a new strategy for its struggle against terrorism. The country is determined to destroy any threats that emanate not only from states but also non-state actors and has been taking preemptive and preventive steps against terrorist groups. With the developments in the defense industry, Türkiye began to act more independently, with self-confidence and courage in challenging the threats against its security.

Ankara made strategic moves and went beyond the concept of fighting terrorism. Especially after clearing its armed forces of Gülenist Terror Group (FETÖ) members and improving its military capacity in the wake of the July 15 coup attempt, Türkiye has conducted several successful counterterrorism operations in Iraq and Syria. The Turkish Armed Forces (TSK), which hit the PKK terrorist group at its bases in northern Iraq by applying the “area dominance strategy,” have restricted the PKK’s areas of activity. Similarly, as a result of the efforts of the National Intelligence Organization (MIT), which has turned into an intelligence organization that increased its capacity and freed itself from foreign influence, Türkiye has succeeded in limiting the influence of terrorist organizations such as FETÖ, Daesh and the Revolutionary People’s Liberation Party/Front (DHKP-C) at home and abroad. In other words, Türkiye abandoned its traditional defensive “wait and see” stance in the fight against terrorism and started to take the lead by employing preventive measures and implementing a pro-active strategy that articulates the elements of hard and soft power.

Second, Türkiye under the AK Party governments decided not to remain indifferent to regional developments, pursue a pro-active regional policy and take initiatives in its regional policy. Türkiye, which intervenes effectively in the projects of regional states and global powers, has become a serious game changer in its region and effectively reacts to all significant projections of other actors.

Furthermore, Ankara took initiative to develop its own regional projects and sent military troops to important regional crisis areas. Türkiye, which intervened in many regional crises such as Syria, Libya, Azerbaijan and Qatar by sending military troops, has changed the course of many regional problems. For instance, Türkiye’s four military operations provided the atmosphere for the Syrian opposition to survive. Similarly, thanks to the agreement it signed with Türkiye and the military aid it received, the legitimate government of Libya recognized by the United Nations was able to stay in power. Otherwise, it was highly likely that putschist Gen. Khalifa Haftar, who organized a major military operation against Tripoli, would have seized the capital. Also, thanks to the military support it provided to Azerbaijan during the Second Karabakh War, the lands of Azerbaijan, which had been occupied by Armenia for 30 years, were liberated.

In addition to these effective interventions, Türkiye, which created platforms for the resolution of regional problems, was also at the forefront of using diplomatic methods in regional crises. For example, after Azerbaijan won the Second Karabakh War, Türkiye asked Armenia to take steps to ensure regional stability. Similarly, it strives to take steps to find a middle ground between the conflicting sides in Libya. On the other hand, Türkiye’s ongoing mediation efforts have developed new strategies such as providing humanitarian and development assistance, establishing military bases in other countries and sending military forces to other countries as per the preemptive security doctrine.

Third, Türkiye has been following an active, inclusive, comprehensive and non-sectarian regional policy under the AK Party leadership. From an Ankara-centered foreign policy perspective, Türkiye’s interest is in maintaining regional stability. Therefore, it thinks that no state should be excluded in each region in order to ensure regional stability and wants to keep its relations with all states strong.

Türkiye opposes the sectarian policies of both Iran and Saudi Arabia, Shiist and Salafist respectively. Türkiye has stood against Iranian regional expansionism, the aggressive policies of Israel against the Palestinians and the destabilizing efforts of some regional regimes. If these states abandon their destructive and destabilizing policies, Türkiye is ready to normalize its relations with all these regional states. For example, it follows an encompassing regional policy, making an effort not to exclude Iran or Israel in the Middle East and Armenia in the Caucasus if they return to normal politics.

Türkiye, who has been struggling against the formation of an anti-Türkiye regional political and military bloc, has been developing cooperative relations with both immediate and remote neighbors. The country’s strategic relations with significant regional players such as Qatar, Libya and Somalia are important and concrete indications of Türkiye’s quest for regional leadership. After signing security agreements with Somalia, Qatar and Libya, Türkiye sent military troops to these countries and started to be effective in these remote crisis areas. As a result of the efforts of the regional and global states that supported the status quo during the Arab uprisings and revolutions, Türkiye fought against the anti-Türkiye containment plans in the Middle East and the Eastern Mediterranean and stopped these efforts to a large extent. Since the beginning of 2021, it has been at the center of the normalization processes in the Middle East.

Türkiye, which expects to resolve the Middle Eastern crises through diplomatic negotiations and cooperation, is seen as a state that symbolizes the “local and national stance” in the region. Particularly it tried to support the forces of change during the Arab uprisings and revolutions; however, it was strongly opposed by the regional despotic regimes and their Western supporters. Ankara was the second other of the “alliance of the globe,” which was declared to be anti-Iranian with the initiative of then U.S. President Donald Trump. Eventually, Türkiye played a game-changing role in preventing Russia from dominating the entire Syrian territory and the U.S. from establishing a PKK statelet in northern Syria.

Ankara attempts to ensure regional stability and maintains a stance in favor of realistic formations that do not necessarily involve global actors. In order to achieve this, it tried to reduce the destructive and destabilizing effect of the Arab insurgencies and revolutions and the intervention of global actors. In addition, Türkiye has often faced those who engage in confrontational politics. It distanced itself from the two conflictual sides in the Middle East and tried to provide a third option. Therefore, it opposed Iranian expansionism, the annexation of Palestinian territories by Israel with the Deal of the Century, and the destabilizing and anti-Turkish regional initiatives of the United Arab Emirates-Saudi Arabia-Egypt axis.

In the regional context, besides the Middle East, the Eastern Mediterranean region, whose importance increased in recent years, is at the center of many strategic, geopolitical and geo-economic calculations. It has become one of the influential points of Turkish foreign policy. Taking important initiatives in this region, Türkiye has developed its energy resources exploration capacity. With the maritime zone delimitation agreement signed with Libya, it blocked the potential anti-Turkish alliance that Greece wanted to establish. Also, after investing in the region, especially in the last 10 years, and the concept of “Blue Homeland,” Türkiye has become a naval power that should be taken into consideration, perhaps for the first time in its history.

The debate on lifestyle in Türkiye
Previous

Türkiye's security concerns should not be ignored
Next
Loading...
Loading...
We use cookies to ensure that we give you the best experience on our website. If you continue to use this site we will assume that you are happy with it.Ok