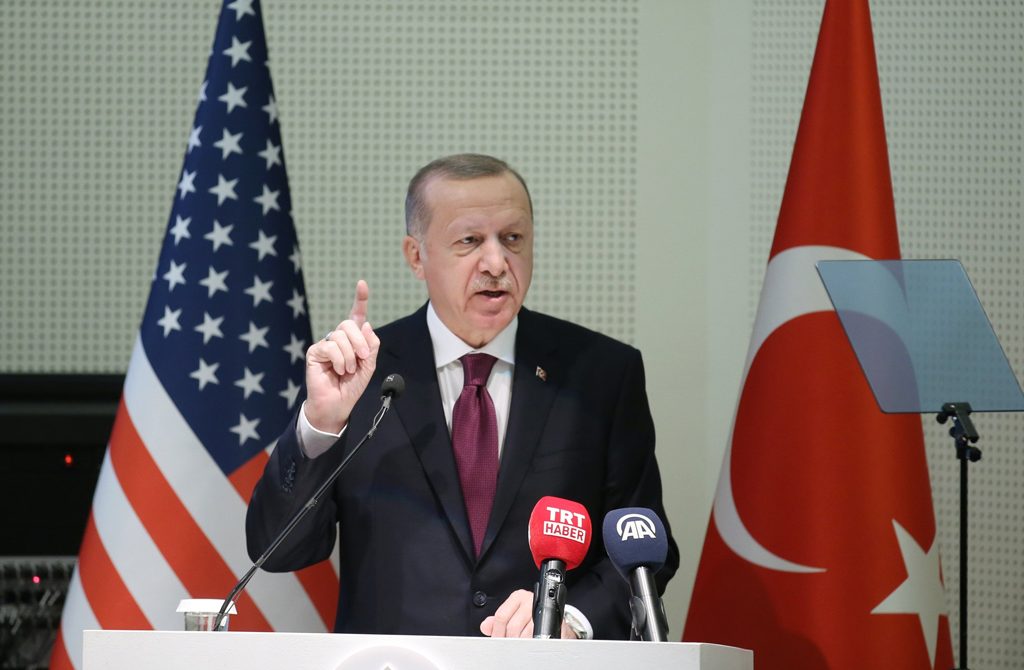 What will Erdoğan-Biden meeting bring?

All eyes are on President Recep Tayyip Erdoğan’s June 14 meeting with United States President Joe Biden in Brussels, Belgium. Multiple times since the Biden administration took over, I have noted that Washington has become aware of Turkey’s active involvement in several key issues. Hours before the two leaders’ meeting, I noticed the atmosphere growing more and more positive.

All eyes are on President Recep Tayyip Erdoğan’s June 14 meeting with United States President Joe Biden in Brussels, Belgium. Multiple times since the Biden administration took over, I have noted that Washington has become aware of Turkey’s active involvement in several key issues. Hours before the two leaders’ meeting, I noticed the atmosphere growing more and more positive.

To be clear, a quick look at the agenda of U.S. Secretary of State Antony Blinken and Russian Foreign Minister Sergey Lavrov’s May 19 meeting alone suffices to highlight Turkey’s critical importance for the White House, namely regarding the issues of Ukraine (the Black Sea), Syria, Nagorno-Karabakh (the Caucasus), Afghanistan and Iran.

Biden waited until April to call his Turkish counterpart to talk about the 1915 events – which was nothing more than a tactical move. In truth, policymakers in Washington no longer believe that ignoring Turkey is an option. Instead, they call for the compartmentalization of disagreements. That’s why I disagree with those commentators, who expect tension between Erdoğan and Biden over the S-400 air defense system deal. That issue may be on the table, but it has already become an area of frozen tensions.

The Biden administration, which realized that withdrawing from the Middle East was a herculean task, does not stand to gain anything from a worsening relationship with Turkey. In other words, there is no sensible reason why Biden would opt for a tense relationship with Erdoğan, whom he got to know during this vice presidency. Let us also recall that it was Joe Biden that visited the Turkish president to apologize for Washington’s misguided response to the 2016 coup attempt.

My optimism, however, isn’t just rooted in leader-to-leader diplomacy. There are at least three more factors:

First, the time is ripe for repairing bilateral relations. The U.S. president, who kicked off his weeklong trip in Britain, will meet with the G-7 leaders, followed by NATO allies (including Erdoğan) and European Union leaders. On June 16, Biden is due to meet Russian President Vladimir Putin in Geneva, Switzerland. During this trip, it will be possible to take stock of team Biden’s preparations since January. In this regard, Biden’s meeting with Erdoğan will be significant for the future direction of global politics.

Secondly, the Biden administration has no interest in new tensions as it attempts to address existing challenges. On the home front, the administration seeks to reverse the negative impact of Donald Trump’s presidency and to repair the damage that the Capitol attack inflicted on American democracy. At the same time, Biden is looking for ways to repair the trans-Atlantic alliance, while containing Russia and China. Under those circumstances, it makes the most sense for Washington to strengthen its cooperation with Turkey – against the backdrop of developments in the Black Sea, Afghanistan, Libya and Syria.

Last but not least, neither the Turkish president nor his U.S. counterpart is facing pressure from domestic politics. Elections are still a long time away in both nations. As people in Washington note, the White House is in a position to counterbalance the anti-Turkish sentiment in Congress – as in the 1990s. Biden may persuade Congress to act differently by highlighting Turkey’s significance to U.S. interests. It makes little sense to expect Ankara to perform a lobbying miracle in Washington.

It goes without saying that Erdoğan and Biden may drive a hard bargain. Yet there is no reason to expect a negative outcome. Highlighting disagreements exclusively to perpetuate bilateral tensions is the least likely scenario. Nor is there any reason to anticipate a grand bargain to put the bilateral relationship back on track. Instead, I believe that the two leaders will agree to compartmentalize their disagreements – such as the S-400 deal, the Eastern Mediterranean and terrorist organizations like FETÖ and YPG – to focus on key areas of cooperation, particularly in Afghanistan, Syria, Ukraine and Libya, and double down on diplomacy. That is indeed the key to starting a new chapter.

What are the Turkish opposition's election plans?
Previous

Can Joe Biden gather 'the alliance of democracy'?
Next
Loading...
Loading...
We use cookies to ensure that we give you the best experience on our website. If you continue to use this site we will assume that you are happy with it.Ok