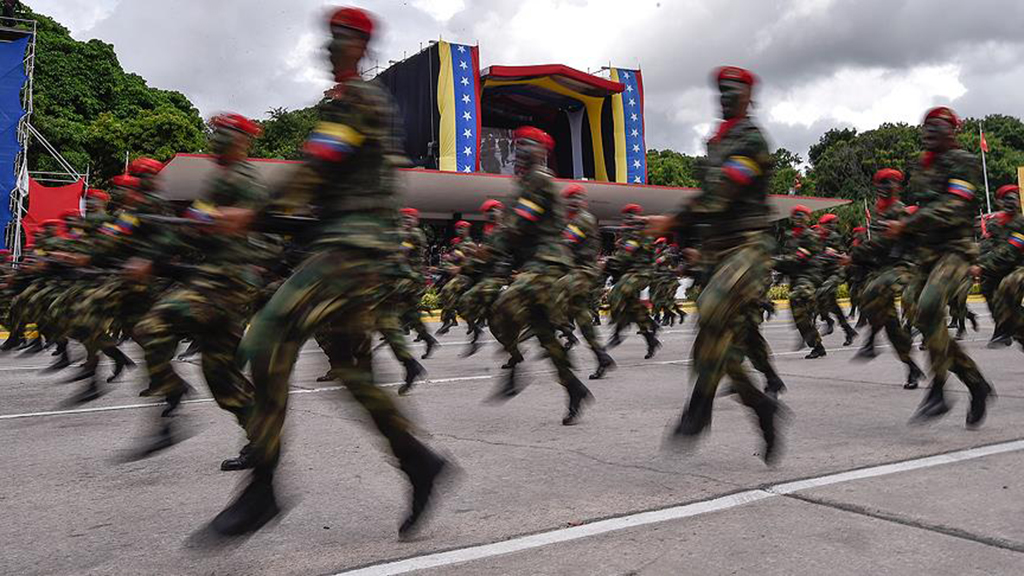 What is happening in Venezuela?

The unbearable destiny of Latin America showed its face again last Wednesday as Venezuela became the latest victim of foreign intervention in its domestic affairs.

The unbearable destiny of Latin America showed its face again last Wednesday as Venezuela became the latest victim of foreign intervention in its domestic affairs. After the long-standing uprising of the opposition, the U.S. recognized 35-year-old opposition leader Juan Guaido as the legitimate president of Venezuela. The U.S. decision was also supported by others, including Canada, Argentina, Brazil, Colombia, Panama and other Latin American countries. On the contrary, Turkey, Russia and China recognize current President Nicolas Maduro as the legitimate leader of Venezuela.

The root causes of the escalation

During the 1990s, the former president of the United States, Bill Clinton, made a tradition of issuing informal apologies to countries, including Guatemala, Iran and Greece, because of suffering from external pressure of the U.S. during military interventions. Once this fact is taken into consideration, it is not an exaggeration to say that the U.S. has taken the stage once again in Latin America in Venezuela. Indeed, understanding the root causes of the latest crisis in Venezuela requires looking back into the history of the country, which is full of examples of coups and external pressure.

Like other Latin American countries, Venezuela has experienced many military interventions supported by external forces. All seven coup attempts in Venezuela harmed the legitimacy of the constitutional democracy of the country, who has tried to consolidate for a long time. There has always been some speculation regarding the role of external forces in these coup attempts. The first comprehensive investigation on this issue was conducted on the involvement of the U.S. in the coup attempt of 2002. Contrary to then-President Hugo President Chavez’s claims of evidence of U.S. involvement in the process via foundations in Venezuela, Washington denied the claims by condemning the coup attempt as a proof. Nonetheless, the activities of U.S.-origin foundations and the Department of Defense have always been an issue.

However, the latest incident shows a deviance from previous crisis and interventions. This time, the U.S. has directly involved itself in the domestic affairs of Venezuela and delegitimized Maduro. The ongoing crisis dates back to Maduro’s predecessor Chavez’s presidential term. Contrary to the dominance of rightist presidencies in Latin America, Venezuela has been an exception under the presidencies of leftist presidents such as Chavez and then Maduro. Thus, neither Chavez nor Maduro got along with the U.S. during their presidency.

Especially after the Venezuelan Constituent Assembly election in 2017, the crisis in Venezuela escalated again. While Maduro intended to create a new constitution by establishing an “alternative” assembly, opposition groups claimed that the election was fraudulent, and Maduro turned out to be a dictator, establishing his own constitution consisting of pro-government representatives. There have been lots of anti-government uprising on the streets criticizing Maduro and his governance. Nevertheless, since the armed forces stood by Maduro, the uprisings were unable to get results.

Meanwhile, Venezuela has been facing one of the biggest economic crises in its history. Because of the skyrocketing hyperinflation, the Venezuelan bolivar has become nearly worthless. The results of this severe economic downfall were very dramatic; there have been shortages of food and medicine in the country, and people have been unable to meet their basic needs. This economic chaos sharpened the divisions between the government and the opposition irreversibly. While the government was blaming the U.S. and other Western countries, the opposition accused Maduro of causing the economic failure.

The final trigger of the recent crisis was the re-election of Maduro for a second six-year term in May 2018. While opposition parties boycotted the elections, the U.S. and some prominent international organizations claimed that the elections were unfair. The low voter turnout, 46 percent, and allegations of election fraud were emphasized by the U.S. as evidence of unfair elections. Since the uprisings have re-emerged again after the elections, the latest crisis was the final stage of all the incidents.

Since Venezuela’s National Assembly is controlled by the opposition, it was no surprise that the U.S. recognized the head of the assembly as the legitimate leader. Nevertheless, contrary to the official statement of the U.S., the recognition of Guaido as the president goes against the constitution of Venezuela. Article 233 of the constitution underlines that if the president becomes unavailable to serve in the case of “death; resignation; removal from office by decision of the Supreme Tribunal of Justice; permanent physical or mental disability certified by a medical board designated by the Supreme Tribunal of Justice with the approval of the National Assembly; abandonment of his position, duly declared by the National Assembly; and recall by popular vote,” the executive vice president would take charge of the presidency. Contrary to U.S. claims, the head of National Assembly may serve as the president only if the president becomes unavailable prior to his inauguration. However, since Maduro’s inauguration was completed, the U.S.’ efforts to demonstrate legitimacy of its decision have failed.

Consequently, the crisis in Venezuela becomes more intractable with every passing day. Since Maduro has the support of the masses and the military announced its allegiance to Maduro, there is still an option for him to turn the tables on himself. Nevertheless, it is quite clear mediation is needed in Venezuela to solve the crisis before it gets worse.