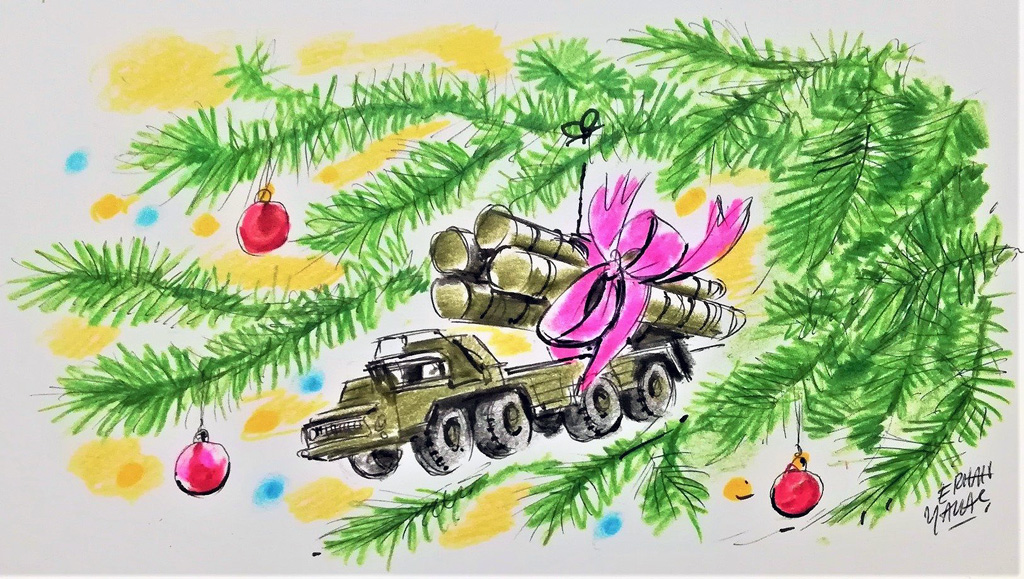 The question of whether the United States and the European Union will apply sanctions against Turkey has finally been resolved. U.S. President Donald Trump signed off on a series of sanctions against Turkey, and over the next few weeks, we will find out which of the 12 Countering America's Adversaries Through Sanctions Act (CAATSA) sanctions Trump will impose on Ankara.

The question of whether the United States and the European Union will apply sanctions against Turkey has finally been resolved. U.S. President Donald Trump signed off on a series of sanctions against Turkey, and over the next few weeks, we will find out which of the 12 Countering America’s Adversaries Through Sanctions Act (CAATSA) sanctions Trump will impose on Ankara.

Experts believe that Turkey will face mild sanctions, citing Trump’s good personal relationship with President Recep Tayyip Erdoğan, and that the dispute over Turkey’s purchase of the Russian S-400 air defense system will be over before the changing of the guard, which could make life easier for the incoming U.S. administration.

At the same time, European leaders imposed largely symbolic sanctions on Turkey, pushing back against France and Greece. The summit’s final communique made references to dialogue, strategic interests and a positive agenda.

A reminder from NATO Secretary-General Jens Stoltenberg about the significance of Turkey’s contributions, coupled with German, Italian and Spanish economic interests, delayed the debate on comprehensive sanctions until March 2021.

Tensions between Turkey and the EU over the latter’s threat of sanctions, however, are not over yet, and the parties have three more months to resolve their differences.

European leaders also said that they wanted to coordinate efforts with the U.S. vis-à-vis Turkey and the Eastern Mediterranean – meaning they would rather wait for the Joe Biden administration.

European governments are unable to devise a coherent policy on Turkey alone since severe sanctions against Ankara stand to hurt European economic interests.

At the same time, more hawkish figures cannot take action due to Turkey’s influence within NATO, hence the European commitment to waiting for the next U.S. administration to embolden the trans-Atlantic alliance and develop its Turkey policy.

In other words, Brussels would like to act in unison with Washington, if possible, or, at the very least, find out where the Biden administration will stand on the issue over the next four years.

The nature of the Western alliance’s engagement with Turkey will remain unclear until March. How the incoming administration will view Turkey, within the context of Biden’s “America is back” approach, is key.

Over the next months, Western governments will decide on the new architecture of the “Western alliance” and the nature of their alliance with Turkey. That decision must rest firmly on geopolitical realism when facing Erdoğan – who transformed Turkey into an influential player on the world stage.

As an experienced politician, Erdoğan treats Biden and Macron differently. As German Chancellor Angela Merkel’s departure approaches, the Frenchman is obviously set to play a more prominent role within the EU.

Despite his various disagreements with Merkel, Erdoğan managed to build a leader-to-leader relationship with the German leader based on mutual respect. The problem with Macron, however, is completely different.

Specifically, it is rooted in the French president’s choices. In recent years, Paris made policy decisions regarding Syria, Libya and Nagorno-Karabakh, among other areas, to oppose Ankara and Erdoğan.

The Turkish president responded to those decisions and possibly enjoyed it, as he seems to take pleasure in the war of words with Macron. Most recently, Erdoğan told reporters that his French counterpart was a “novice politician” – adding that “he will probably be upset with me now.”

He added that Macron was “desperately trying to win something somewhere” to no avail. The Frenchman’s actions in Lebanon, Libya, the Eastern Mediterranean and Nagorno-Karabakh, Erdoğan said, supported that view.

The Turkish leader also recalled his long-standing relationship with Biden: “He was among those people who visited my home when I was in recovery. I met him several times in the U.S. He knows me quite well.”

Those words appeared to reflect a willingness on Erdoğan’s part to ignore Biden’s earlier comments. The Turkish president seems ready to start a new chapter between Ankara and Washington under the Democrats’ control.

How Biden, who wants to be an active leader within the Western alliance, will respond will become clear in the coming months.

Iran’s inaction and reaction
Next
Loading...
Loading...
We use cookies to ensure that we give you the best experience on our website. If you continue to use this site we will assume that you are happy with it.Ok