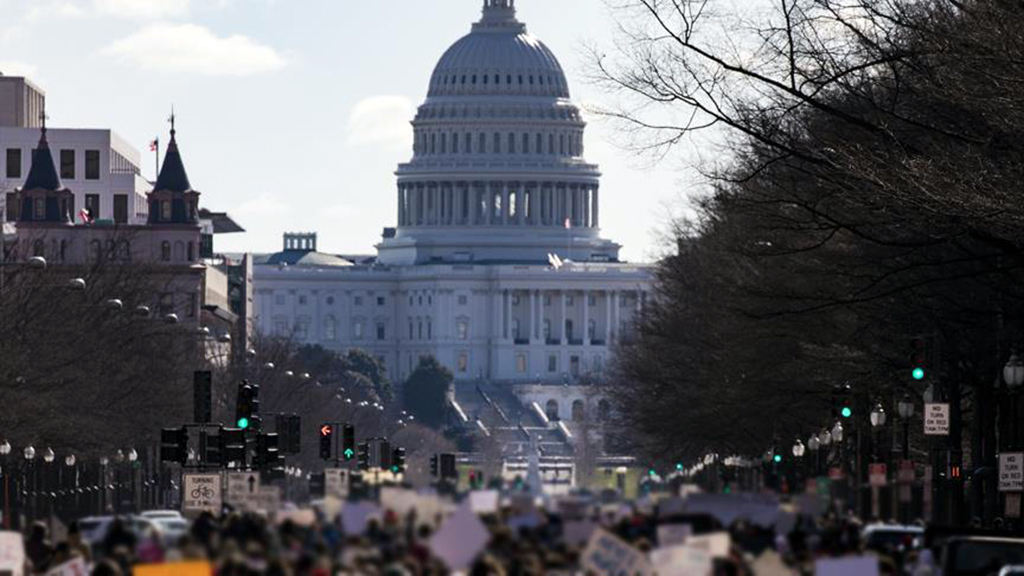 It has been more than three weeks since U.S. President Donald Trump made his announcement about his decision to withdraw American troops from Syria. Trump's decision immediately created controversy in Washington. Many officials, advisers, and members of the U.S. Congress advised the president to reconsider or at least revise his withdrawal decision.

It has been more than three weeks since U.S. President Donald Trump made his announcement about his decision to withdraw American troops from Syria. Trump’s decision immediately created controversy in Washington. Many officials, advisers, and members of the U.S. Congress advised the president to reconsider or at least revise his withdrawal decision. Trump instead reiterated his position by summarizing his understanding of Syria with two words, “sand and death.” Trump’s decision also disturbed Washington’s allies in the region. The People’s Protection Units (YPG) and Israel strongly opposed such a quick withdrawal of American forces from Syria.

Saudi Arabia and the United Arab Emirates (UAE) were also concerned about the possibility of the U.S.’ broader recalibration of its regional presence in the Middle East. Turkey welcomed Trump’s withdrawal decision, since this would mean the gradual dissolution of the U.S. military alliance with the PKK-linked YPG. The military cooperation between the U.S. and the YPG is considered a top national security concern in Ankara.

Ankara’s concern over the YPG

The conditions related to the YPG irked Ankara. Any terms related to the YPG would mean the renegotiation of the deal that was reached between President Recep Tayyip Erdoğan and President Trump. Both officials’ offensive statements against Turkey deeply disappointed Ankara. The efforts and statements of Pompeo and Bolton contradict the overall spirit of the deal. Erdoğan promised to coordinate the safe withdrawal of U.S. troops from Syria and to continue the fight against Daesh. He assured the protection of the Syrian Kurds, yet he did not give any guarantees about the YPG.

The YPG is the Syrian branch of the PKK, which is recognized as a terrorist organization by the U.S. and many European states. Equating the YPG with Syrian Kurds, which is popular nowadays in U.S. media, is a misleading notion, and it is offensive to both Kurds and Turkey. Ankara expects the American officials to collect the weapons that were provided to the YPG during the Barack Obama period, despite Turkey’s criticisms. The American military officials promised at that time that they would collect the weapons when the fight against Daesh had to come to an end. Now that President Trump declared victory against Daesh, it is the American officials’ responsibility to collect the weapons, as they had promised earlier. Continuing support to the YPG would mean the continuation of misleading policies of the Obama presidency toward the region.

Unrealistic plan against Turkey and Iran

After Trump’s decision to withdraw from Syria, both John Bolton and Mike Pompeo organized separate tours to the region; Bolton’s visit seemed as though it was scheduled after Donald Trump’s decision. Pompeo’s main agenda in his regional tour is to contain Iran and to strengthen the impact of the sanctions against Tehran. What Pompeo aims at is the formation of a more coherent alliance among the Arabs to contain Iran and to limit its influence in the region. Pompeo also wants to reduce Turkey’s weight within the Middle East equation, which is why he uttered offensive statements against Turkey. His regional tour, therefore, includes visits to the capitals of Jordan, Iraq, Oman, Egypt, Saudi Arabia, Bahrain, the UAE, Qatar and Kuwait. The Kingdom of Saudi Arabia and the UAE will probably express their expectations from the U.S. to limit Turkey’s influence in the region as well. Their main concern is related to Iran, but they are also disturbed by Turkey’s increasing regional presence. Their antagonism towards Turkey comes from Turkey’s role during the Arab uprisings. The regimes in these countries still consider Turkey as the sponsor and inspiration for change and democratic reforms in the region. The Saudi and Emirati concerns related to Iranian expansionism may be genuine, but the discontent over Turkey’s broader engagement in the region is related to their antagonism toward democratic Islam and forces of political change in the region.

Pompeo’s success will be judged by President Donald Trump from achievements in his goal of containing Iran. Trying to limit both Turkey and Iran at the same time is a challenging and unrealistic goal for the U.S. Such a policy was pursued by some Obama period officials, but so far this policy has just antagonized Turkey and led to the strengthening of Turkish-Russian ties. The Saudi and Israeli obsession against Turkey misguides U.S. policies toward the region and makes Pompeo’s task much more complicated. Besides, Qatar, Oman, Kuwait and Iraq have very different positions vis-à-vis the Iran issue, and those countries also do not perceive any threats from Turkey. When Pompeo returns to Washington, he will face the harsh reality; speaking from the capitals of the Gulf countries is much more comfortable than satisfying the maximalist expectations of the regimes in those countries.

Bolton is concerned about constraining the Iranian influence in the region as well, but his options and tools are much more limited in comparison to Pompeo. Bolton is a well-known Islamophobe, despite his efforts in the Gulf Cooperation Council (GCC) summit to strengthen the alliance against Iran, he does not seem to have any positive sentiments about Arabs. His regional agenda and overall foreign policy priorities concerning the region are very much focused on Israel. This makes Bolton’s options for containing Iran and constraining Turkey a much more difficult task. Pompeo at least tries to include the Arab nations in his alliance formation efforts against Iran and Turkey in a more genuine manner. Both options and policies nonetheless are unrealistic and will never serve American interests.

Bolton and Pompeo’s current game and foreign policy tools cannot assure an equation that would maximize U.S. interests in the region. The alliance which Bolton and Pompeo are trying to form with the GCC countries and Egypt seems to be weak and delicate to keep together. They can hardly contain Iran and build a coherent policy line along this alliance. Qatar, Oman, Kuwait and Iraq are not on the same page with this alliance. After the brutal massacre of journalist Jamal Khashoggi under the instruction of top-level Saudi authorities, the alliance which formed around the famous “glowing sphere” is much weaker. Egypt’s Abdel-Fattah el-Sissi has some other intentions and different expectations from this alliance. He wants recognition, legitimacy and the financial resources to increase his standing as a leader. If he achieves those objectives, which is unlikely, he will immediately diverge from this marriage of convenience.

Trump differs from Pompeo and Bolton

Trump’s overall plan and policy line are more realistic than both Pompeo’s and Bolton’s. Trump wanted to regain the trust of Turkey and aimed to develop much more constructive relations with Turkey. His plan includes the gradual abandoning of the YPG, which previously constituted the major obstacle to a Turkish-American rapprochement. Trump also implied that Israel and Saudi Arabia should not have unrealistic expectations in their regional objectives by depending on U.S. support. Donald Trump’s statement: “Iran is pulling people out of Syria, but frankly they can do whatever they want there” in his talk to reporters after a Cabinet meeting in the White House was shocking for Israel. His recent statements implied that there is no unlimited American support to Israel’s or Saudi Arabia’s regional ambitions. Bolton’s gambits in Israel and Ankara were not too promising. Pompeo’s irresponsible and offensive statements against Turkey may be applauded in Israel, or in Riyadh or by the YPG militants, but those statements have a negative impact in Ankara. Reconciling with Turkey, and taming the Israeli and Saudi regional ambitions, is the only option if the U.S. wants to reduce its presence in the region safely.

US still lacks a coherent agenda in Syria
Next
Loading...
Loading...
We use cookies to ensure that we give you the best experience on our website. If you continue to use this site we will assume that you are happy with it.Ok