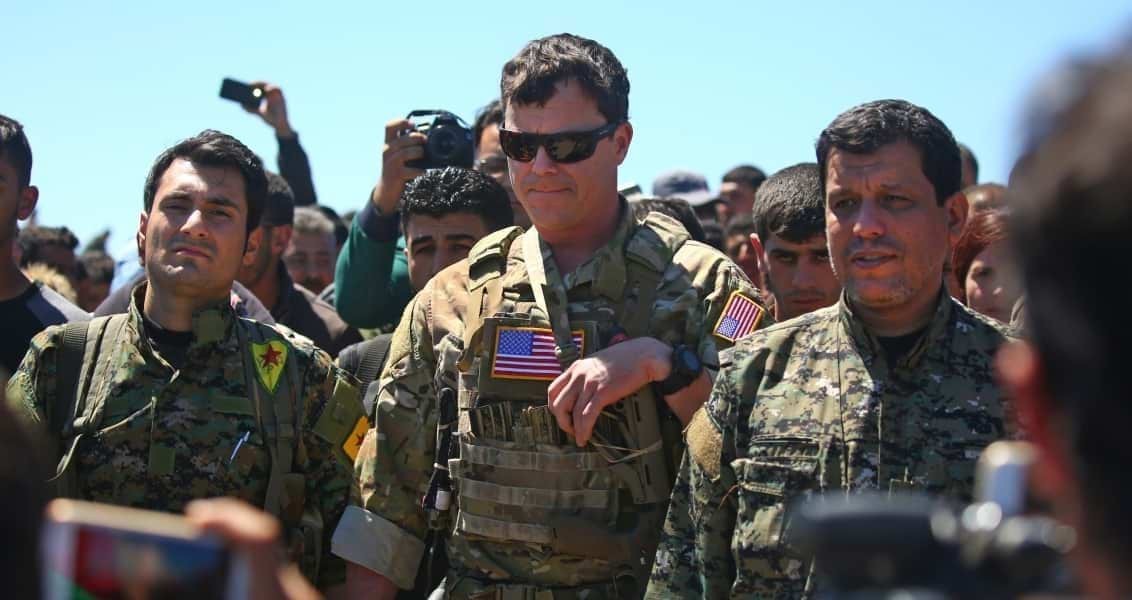 Expecting Turkey's engagement with the U.S.'s Middle East policy, which damaged Ankara's interests, particularly by the infamous partnership with the YPG, would be in vain and very irrational

David Gardner’s article that was published in the Financial Times on Wednesday clearly indicates the U.S.’s failure in foreign policy, particularly in the Middle East, demonstrating how discourse and reality have become confused.

Making very important observations in the piece, Gardner states that the U.S. administration’s Middle East policy is highly unrealistic. According to him, the U.S. administration focuses solely on destroying the Daesh terrorist group and harming Iran but nothing more or nothing less. He says this is an “attitude” rather than a “policy.” But what about Iraq and Syria? Gardner’s allegation is that the U.S. does not have any post-Daesh plans for either country, while Iran has plans for both.

Actually, I agree completely since Iran does not only have plans for Iraq and Syria, it also has a physical presence, which is the direct result of the U.S.’s lack of an appropriate Middle East policy.

The U.S.’s policy on the Democratic Union Party (PYD) also proves Washington’s failure in its Middle East policy. Briefly, the U.S. supported the terrorist PKK-affiliated PYD in Syria by claiming that support is only limited to the fight against Daesh. However, U.S. officials recently started saying, “We have not promised the PYD anything.” The PYD, in its stead, after considering what happened in northern Iraq and the lack of a response from the U.S., is now looking for ways to approach Russia. What a policy!

Whether through Gardner’s observations or the realities I put forward above, the reasons why Turkey has left the U.S. and is now looking to resolve the crises it faces in the region with countries in the region, Iran and Iraq foremost among them, become clear.

All of these are also a clarification of why Turkey is taking Russia as a respondent in resolving the ongoing crises in the Middle East that affect its own national security and why Turkey has created a space for solutions with Russia.

The U.S. missed a train in the Middle East. The Sept. 11 attacks completely wrecked the U.S.’s Middle East vision. Following that day, the U.S.’s only concern with the Middle East became focused on saving the day. But, not only did they not save the day, they mortgaged the future of the region.

Some supposed Middle East experts in Washington claimed that the U.S. could establish hegemony in the Middle East through chaos. They believed that if the U.S. were to upset the balance in the region, Israel’s hand would become stronger. In the short term, it is true that possibly Israel was allowed some space of comfort. But a divided Middle East brings with it fragmented states, fanaticism, radicalism, terror and ethnic and cultural conflicts.

Our most urgent need in the Middle East is to provide peace and political stability. Economic growth and democratization programs will contribute not only to the region but to the international arena as well.

I am aware that this will not be easily accomplished, and unfortunately, even worse conflicts could break out in the region. However, when this situation is obvious, what is it other than fancifulness to expect Turkey to be fully engaged with the U.S.’s Middle East policy? The engagement of Turkey would mean that Turkey loses with the U.S. But where the U.S. will be losing at a distance, Turkey will lose from a much shorter distance and pay greater costs. The costs that Turkey has paid since the beginning of the Syria crisis are obvious.

Turkey cannot pay similar costs in Iraq, as well. It is for this exact reason that Ankara decided to act in coordination with Baghdad and Tehran against the secessionist movement in northern Iraq and harshly intervened in the process. What it couldn’t do in Syria, Turkey did in Iraq. It showed that where necessary it could use hard power and quickly enacted its sanctions.

Those who accuse Turkey of breaking from the U.S. axis should look at what the U.S.’s regional policy has cost Turkey and what the U.S. has promised Turkey in the short term. What has it promised? Nothing!