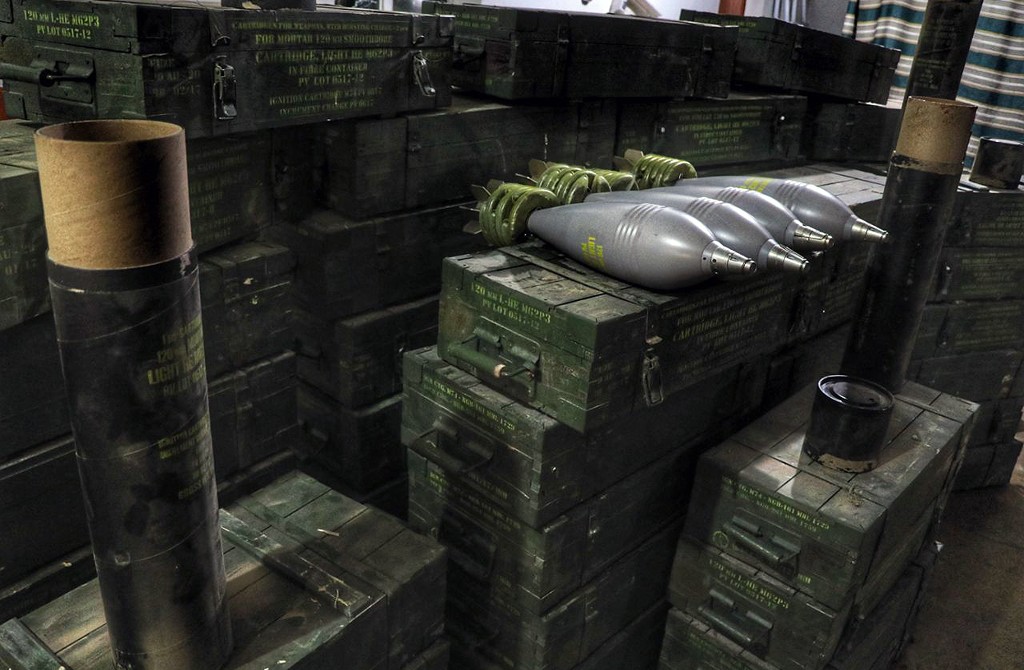 US support for YPG based on incorrect assumptions

Turkish-American relations are experiencing the heavy burden of Washington's alliance with the People's Protection Units (YPG), as the YPG is the Syrian branch of the PKK terrorist group, which Turkey has been struggling against for the last four decades. This vision will not change any time soon despite Washington's denial of the PKK-YPG connection. There are many other significant obstacles to the normalization of Turkish-American relations but Washington's flirt with the YPG is the most controversial one.

Turkish-American relations are experiencing the heavy burden of Washington’s alliance with the People’s Protection Units (YPG), as the YPG is the Syrian branch of the PKK terrorist group, which Turkey has been struggling against for the last four decades. This vision will not change any time soon despite Washington’s denial of the PKK-YPG connection. There are many other significant obstacles to the normalization of Turkish-American relations but Washington’s flirt with the YPG is the most controversial one.

Washington’s support for the YPG will be the most important issue to be discussed in the Trump-Erdoğan meeting on Nov. 13. The Trump administration is having difficulty changing its alliance with the YPG because of the Pentagon’s stiff resistance.

Some actors in Washington argue that the U.S. administration invested in and supported the YPG so much in the fight against Daesh that it would be counterproductive to abandon this investment solely because of Turkey’s criticisms and complaints.

Defenders of this position are also concerned that the terror group that is armed, equipped and trained by Washington may switch its side to Russia, the Syrian regime or to Iran. Such a move from the YPG may further undermine the American presence and American interests in the Syrian territories. According to this view, Washington’s abandonment of the YPG may not only cause losing an asset on the Syrian ground but it may also strengthen U.S. rivals in the region.

Washington’s investment in the YPG was a very risky decision from the very beginning but this risk was taken because of American security institutions’ unwillingness to work with Turkey. Washington’s supported the YPG for the purpose of the fight against the Daesh because the Pentagon did not prefer to cooperate with Turkey in the Middle East and North Africa (MENA) region.

The Pentagon’s negative image of Turkey was was based on two fundamentally incorrect assumptions. A first assumption associated Turkey with extremist organizations in Syria and Iraq with fabricated information. The Gülenist Terror Group (FETÖ) played a critical role in the formation of the Pentagon’s alliance with the YPG.

FETÖ members convinced some security officials in Washington of the theory that Ankara was supporting Daesh and other al-Qaida related elements in Syria. They even generated false evidence to support this bizarre theory. The FETÖ plot against the Turkish National Intelligence Organization (MİT) trucks was also a part of this project. This theory collapsed after the failed coup attempt on July 15, 2016, and Turkey’s Operation Euphrates Shield.

The second problematic assumption by Washington against Ankara is related to the U.S. Central Command’s (CENTCOM) ideological biases against Turkey. The post-9/11 “Global War on Terror” was pursued in the field along with the agenda of the CENTCOM.

CENTCOM was the main actor in the field that shaped the U.S. foreign and security policy in the broader Middle East region. It defined “Islamism” as an enemy ideology and considered any “Islamist” actor, including the more moderate and democratic ones, under their threat definition. They considered the Justice and Development Party’s (AK Party) “Islamist” friendly regional foreign policy as a threat to their regional agenda.

The Turkish Parliament’s decision to not allow the passage of American soldiers from Turkish soil during the U.S.’ Iraq occupation was perceived as another hostile and ideological move by the Pentagon.

The Pentagon previously played a constructive role in Turkish-American relations when there were political tensions between two allies, but they abandoned this role after the American occupation of Iraq. Since 9/11, the U.S.’ central military actor in the region, CENTCOM, considers Turkey as an enemy to be contained rather than an ally for broader regional strategy. Despite the change of the discourse regarding the Global War on Terror, CENTCOM’s hostility to Turkey and animosity to “Islamist” ideologies did not come to an end.

CENTCOM lobby believed that the YPG and the Kurds may be a loyal ally of Washington in its regional operations. CENTCOM’s ideologically anti-Islam vision pushed them to an extreme position of alienating a key ally in their fight against terrorism.

The Marxist-Leninist YPG became a key actor in the region because of the Pentagon’s diplomatic, military and financial support. The YPG/PKK’s PR articles were even published in important international media outlets. This dependency may allow Washington to instrumentalize the very groups in the issues related to the U.S. diplomatic and economic interests in the region.

The pro-YPG position supports the idea that the organization has a potential to be a long-term asset that may serve to the U.S.’ and Israel’s interests in the region. Those who endorsed the idea of the continuation of the Pentagon’s support for the YPG are aware of the questionable loyalty of the YPG to the U.S. interests. They just wanted to exploit the rising ethno-nationalist sentiments of the Syrian Kurds in the wake of the state collapse in Syria and Iraq. But those ethno-nationalist sentiments also have the potential to be exploited by other actors in the region as well.

CENTCOM’s faulty choices continue to poison Turkish-American relations. CENTCOM’s ideological bias against Turkey contradicts the emerging global geopolitical realities and damage long-term U.S. interests as well. It may take a very long time, and it may be quite difficult, to rebuild confidence and trust between Ankara and Washington.

Washington may start taking steps to overcome the erroneous and biased assumptions of its security bureaucracy about Turkey. Any substantive step by Washington that would help Turkey in its struggle against the PKK will find a very positive response by Turkish policymakers and the Turkish public.

How to build trust in Turkey-US ties
Previous

Let's give diplomacy a chance
Next
Loading...
Loading...
We use cookies to ensure that we give you the best experience on our website. If you continue to use this site we will assume that you are happy with it.Ok