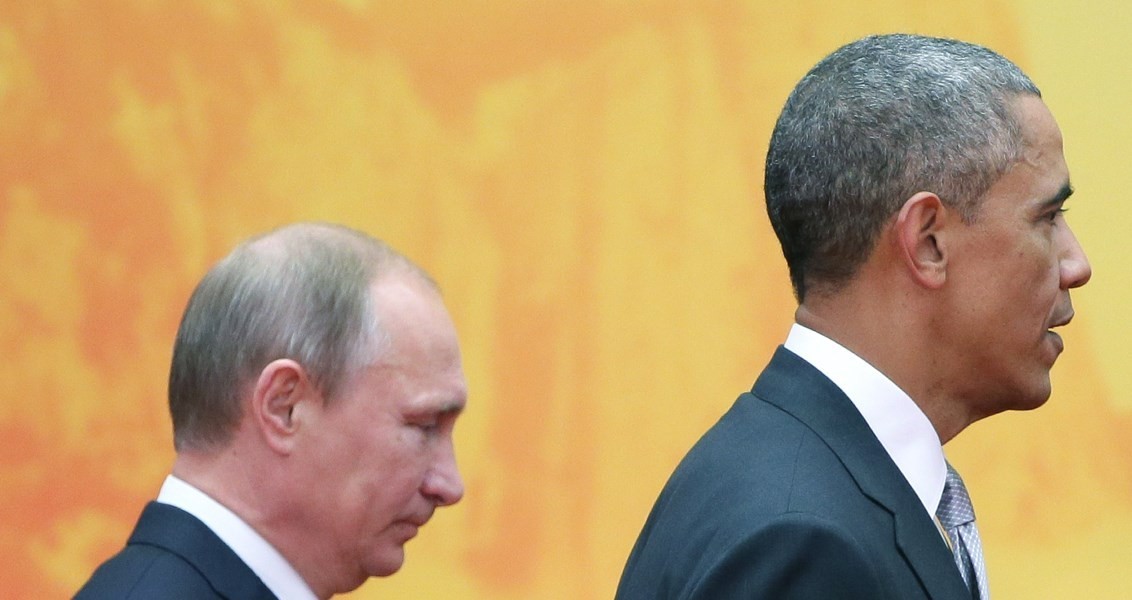 It was no secret that the Obama administration has long maintained the strategy of pursuing controlled confrontation with Vladimir Putin's Russia via micro-conflicts in multiple confrontation zones such as the Asia-Pacific, Ukraine and Syria

Political and economic shockwaves that started to shake the established parameters of the global system in the aftermath of the most controversial and tensely fought presidential elections in U.S. history continue to exert their influence in major aftershocks. Both the international monetary and trading systems and the wider framework of international politics are braced for a tense new era of multipolar competition under the Trump administration, but the very last days of the transition are bearing witness to renewed tensions, local conflicts and lots of geostrategic posturing. On the financial front, the rapid increase in the value of the dollar vis-à-vis all major currencies caught everyone wrong footed and the belief in inflationary growth under Trump placed considerable pressure on monetary policy makers along with the inception of rate hikes by the Federal Reserve (FED). Although numerous experts predict that an overvalued dollar would harm U.S. manufacturing competitiveness in an environment of global slowdown and exchange rates would stabilize in 2017, the current picture is one of financial destabilization for both Europe (except major exporters such as Germany) and the emerging markets. On the foreign trade and energy fronts, the fact that Trump selected top corporate managers to his team hints that he will be using intense economic diplomacy (read economic warfare) against China in particular, but possibly Russia and other emerging economies such as India and Mexico.

When it comes to geopolitics, it was no secret that the Obama administration has long maintained the strategy of pursuing controlled confrontation with Vladimir Putin’s Russia via micro-conflicts in multiple confrontation zones such as the Asia-Pacific, Ukraine and Syria; and there were occasional instances whereby intense diplomatic shuttling was needed to avoid physical confrontation. Against the excessively refined, indirect, secluded and indecisive policy attitude of the U.S. under Obama, Putin generally emerged as the obvious winner in tit-for-tat situations thanks to his sharp moves that don’t hesitate to use hard power when necessary. The war theater in Syria and the sophisticated alliance networks in the Middle East became the latest focal points of strategic divergence and open confrontation between Moscow and Washington D.C., leading some observers to talk about the dawn of a New Cold War, or even a Third World War.

As we approach the presidential transition and handover of power to Trump, the ongoing strategic rift between the U.S. and Russia seems to have reached its zenith as the “lame duck” President Obama declared 35 Russian diplomats as “persona non grata” and ordered their deportation within 72 hours. The decision reflects a consequence of the process that started with claims concerning alleged Russian cyber-attacks on American intelligence and state records during the presidential campaign. The unveiling of Hillary Clinton’s personal e-mails had a direct impact on the outcome of the elections by tarnishing her credibility and the Democrats were especially furious about a potential Russian manipulation. In the aftermath of the elections the reaction against Russia earned a bipartisan character and Obama declared that the deportation decision does not represent the totality of the U.S. response against “the aggressive activities of Russia” and different actions will continued to be realized in due course.

While both the Russians and the global public opinion await for Trump to assume power and show his hand in these kinds of “high politics” issues, the Russian reaction to Obama’s last ditch attempt to penalize alleged Russian intrusion into American politics will be expectedly tough. Deputy Chairman of the Foreign Affairs Committee of the upper house of the Russian Parliament Vladimir Cabarov vowed that Obama is doing his best to burn all the bridges between Moscow and Washington as he prepares to leave office after eight years during which he significantly undermined Russia-U.S. relations. These tough reactions are conceivable given the fact that the decision to deport 35 Russian diplomats represents the largest deportation call over the course of the last 30 years since President Ronald Reagan deported 75 Russian diplomats in 1986 toward the end of the Cold War.

It is pretty likely that strategic rivalry, occasional confrontations, tough rhetoric and rising of tensions will continue between the U.S. and Russia well into the first years of the Trump presidency. What this rivalry would mean for the Middle East and regional actors such as Turkey would be the topic of our next column. I wish that 2017 brings peace, reconciliation and hope for humanity.

Great Expectations and New Challenges for the West
Next
Loading...
Loading...
We use cookies to ensure that we give you the best experience on our website. If you continue to use this site we will assume that you are happy with it.Ok