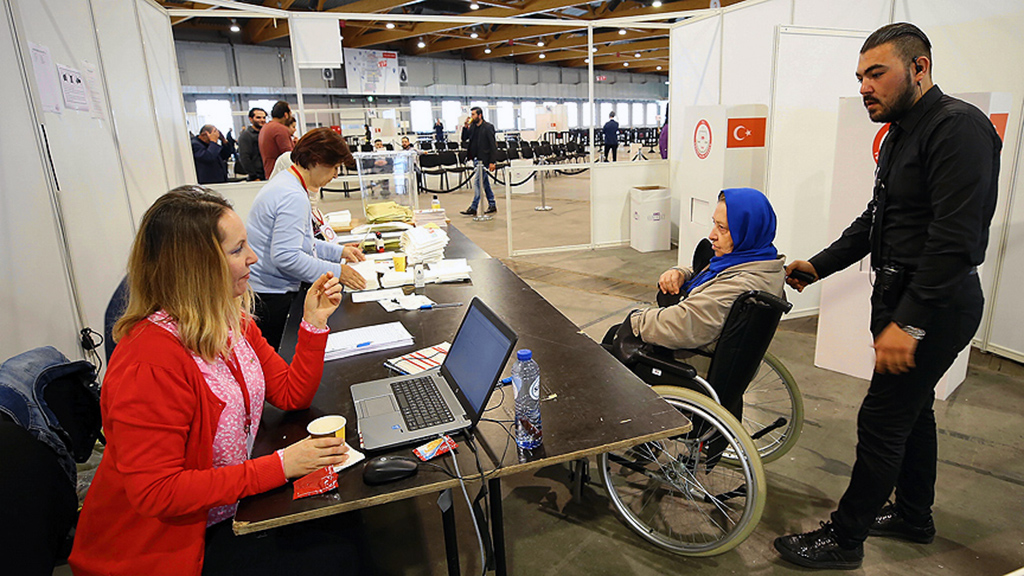 Turkey survived the June 24 elections, a critical juncture in our nation’s political history, with great democratic maturity. May the results serve our country and its people well.

On Sunday, an overwhelming majority of Turkish voters chose incumbent Recep Tayyip Erdoğan as the political leader to lead the country into the future. Erdoğan received 52.4 percent of the vote to become the first head of state to serve under the presidential system.

At the same time, the People’s Alliance, which was born out of the popular resistance against the July 15 coup attempt, clinched the parliamentary majority. According to unofficial results, the Justice and Development Party (AK Party) and the Republican People’s Party (CHP) claimed 295 and 147 seats, respectively; the Peoples’ Democratic Party (HDP) won 67 seats; the Nationalist Movement Party’s (MHP) 48; and the Good Party (İP) 43. At the same time, the Democrat Party (DP), the Felicity Party (SP) and the Great Union Party (BBP) will be represented in the Parliament next term.

Provided that Erdoğan and his AK Party have been in power for 16 years, Sunday’s election victory was quite noteworthy. It was the Turkish president’s ability to create a popular blend of stability, change, public service and identity that led to his success. The fact that the AK Party will control the majority of parliamentary seats together with the MHP, however, means that the core values of the People’s Alliance must be upheld moving forward.

First and foremost, the June 24 elections established that Erdoğan will oversee Turkey’s second great transformation in the republican period. The first reform attempt was made by Prime Minister Adnan Menderes and his Democratic Party, which promoted multiparty democracy in the 1950s. The current period of reform started with the April 16, 2017 constitutional referendum and involves the implementation of a new system of government. Over the next five years, Erdoğan will oversee the transition from the parliamentary to the presidential system as well as the institutionalization of the new rules. Keeping in mind that initial practices under the new system will establish precedents for the future, he has a challenging task ahead of him. At the same time, his mission to rebuild Turkey creates room for renewal.

There are many lessons that can be drawn from Sunday’s elections. First, the Turkish electorate, which likes to vote strategically, strategized a little more than usual on June 24. It is possible to argue that this trend will continue as the presidential system becomes more strongly institutionalized. Therefore, the various political parties and their candidates must learn from voter behavior.

As a matter of fact, it was noteworthy that even Erdoğan, who clinched re-election in the first round with a 20-point margin, acknowledged that he had “received the voters’ message” to the AK Party during his balcony speech.

The AK Party must analyze why Erdoğan performed considerably better than his party and maintain its commitment to renewal. It is important to note that the March 2019 municipal elections will be the first test of the AK Party’s performance under the new system of government.

Muharrem İnce, who ran for president on behalf of the CHP, won 8 points more than his party to establish that he had the potential to play a more permanent role within the movement. Appearing in front of cameras on Monday, he stressed that, “A member of the CHP broke the 30 percent mark for the first time 41 years.” Still, his ability to energize the CHP base fell short of denying the incumbent a first-round victory. In addition to proving that it was very difficult to defeat Erdoğan, Sunday’s elections highlighted İnce’s eagerness to stay in politics; but it remains to be seen whether he will challenge CHP Chairman Kemal Kılıçdaroğlu or not. Apparently, some CHP supporters voted for the HDP and the İP to help those parties clear the 10 percent national threshold. Therefore, the CHP leadership will presumably face criticism for assisting the HDP on election day.

It also became clear that the 10 percent threshold has become obsolete – even for political parties without broader electoral alliances. Under the new system, Turkey might move to lower the national threshold or create some type of single-member district system. After all, the voters made it clear that local representation is more important to them now.

Moreover, the HDP was able to clear the national threshold for the third time since the June 7, 2015 general elections. Nonetheless, it seems that Turkey’s war on terror and the replacement of PKK-linked mayors with independent trustees has taken a toll on the party’s popularity. The alleviation of the PKK’s pressure on voters has resulted in a 5-12 percent decrease in the HDP’s popular support in key provinces across the southeast. As such, the HDP was able to pass the national threshold thanks to CHP voters in metropolitan areas. Going forward, the movement cannot reverse the negative trend in southeastern Turkey by forming temporary alliances with the CHP. Instead, it is compelled to distance itself from the terrorist organization PKK.