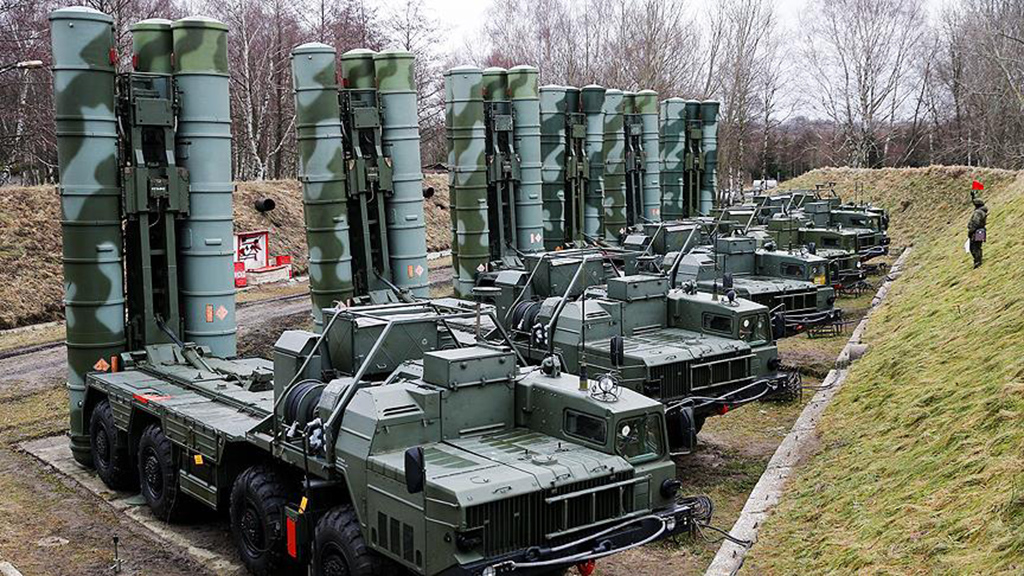 The United States mounts pressure on Turkey over its decision to purchase the S-400 air defense system from Russia. The Turks already told Washington that the S-400 purchase was a done deal, yet U.S. officials keep trying.

The United States mounts pressure on Turkey over its decision to purchase the S-400 air defense system from Russia. The Turks already told Washington that the S-400 purchase was a done deal, yet U.S. officials keep trying. The State Department and the Pentagon recently warned that there would be “grave consequences” if Turkey went ahead with the plan. It appears that the U.S. defense industry supports that view.

Robert Palladino, a spokesman for the U.S. State Department, said that the S-400 purchase will “result in a reassessment of Turkey’s participation in the F-35 program and risk other potential future arms transfers to Turkey, as well as lead to potential sanctions under the Countering America’s Adversaries Through Sanctions Act [CAATSA].” Gen. Curtis Scaparotti, who oversees the U.S. European Command, added that the S-400 air defense system represented a threat against NATO’s systems.

It appears that the dispute cannot be resolved without a deal between President Recep Tayyip Erdoğan and U.S. President Donald Trump.

Washington’s concerns about the S-400 are clear as day. Those concerns include third countries purchasing the Russian equipment, the devaluation of the F-35 program, and a negative impact on NATO’s collective systems. Turkey, by contrast, has been looking for suppliers since 2011, having failed to obtain an air defense system from the United States and other NATO allies. Ankara responds to criticism against the S-400 deal that it is prepared to cooperate with its NATO allies to ensure that the alliance’s collective systems are not negatively affected by the new procurement.

The United States can address its concerns in cooperation with Turkey. It could exempt the S-400 deal from CAATSA sanctions and overcome the problem with the F-35 program. Other countries could be stopped from buying the S-400 under a new regulation. That option would stop new problems from emerging between the two nations, whose relations have been strained by the Gülenist Terror Group (FETÖ), a U.S. investigation into Halkbank, and Washington’s controversial partnership with the terrorist organization PKK’s Syrian affiliate, the People’s Protection Units (YPG).

Yet the Americans are not likely to stop at the threat of sanctions. Instead, they seek to mount pressure on Turkey through NATO. The issue will probably come up in a meeting of NATO foreign ministers next month. Washington fuels concerns among other European participants in the F-35 program about Turkey and urges them to contact Ankara directly.

At the same time, U.S. and U.K. media outlets question whether Turkey really belongs in NATO. Among other things, they claim that Ankara puts NATO at risk, that Turkey is an unreliable ally, and that President Erdoğan drives the country away from the West. It remains unclear how that language is supposed to help Turkey-U.S. relations or NATO.

Turkey’s decision is informed by that country’s national interests and cannot be easily discredited as detrimental to Turkish interests. If anything, that language will fuel anti-Western sentiment among Turkish citizens and raise questions about the purpose and necessity of their country’s NATO membership. After all, the Turks know all too well how the United States places their lives at risk by supporting the YPG militants next door. Nor did anyone forget how reluctant NATO was to defend Turkey at the height of the Syrian civil war.

The Turkish government wants to manage the S-400 issue without causing too many problems for the United States or NATO. As a partner, Turkey also cares deeply about the F-35 program. Ankara and Washington could find a better way to resolve the current tensions. Yet the idea that Turkey’s actions amount to a crisis for NATO itself would only undermine the Western alliance. It won’t force the Turks to backtrack or ignore their national interests.

Future of Palestinian politics with the new government
Next
Loading...
Loading...
We use cookies to ensure that we give you the best experience on our website. If you continue to use this site we will assume that you are happy with it.Ok