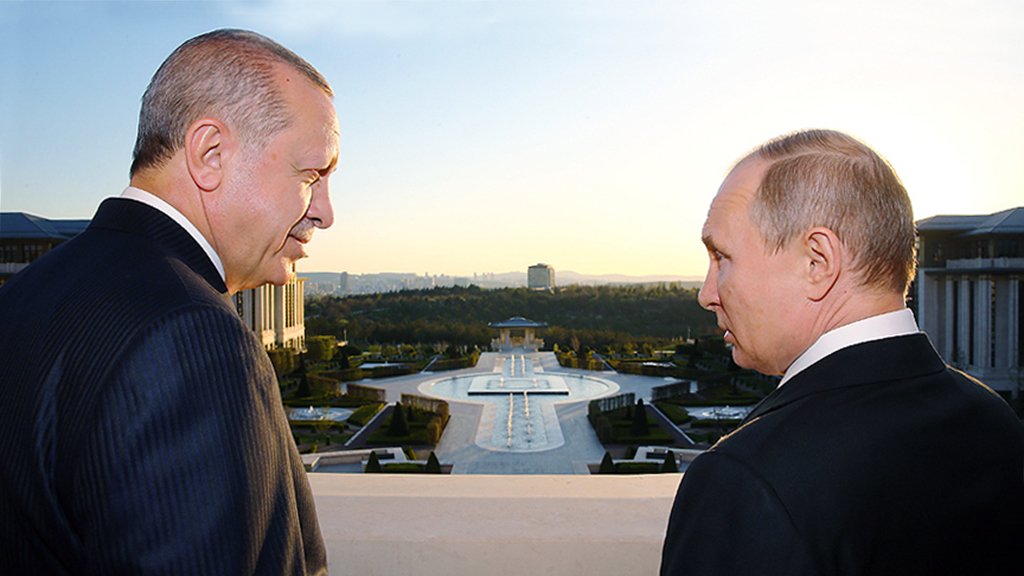 Critics would like to blame shifts in Turkish foreign policy on ideology, but it's national interest that drives Ankara's key decisions

Turkey’s strengthening cooperation with Russia has breathed new life into the axis shift debate. Critics argue that the two countries, which launched a series of joint energy and defense projects in recent years, are becoming permanent strategic allies and complain that the axis of Turkish foreign policy is shifting once again.

To be clear, this new axis shift debate is not exclusively about Turkey’s foreign policy decisions. Instead, it emerged against the backdrop of fears that a new cold war was going to start between the Western alliance and Moscow. Again, U.S. President Donald Trump is testing the waters of Washington’s new global role by making statements and backtracking on all files just as a trade war between the United States and China enters its second stage.

Moving forward, it seems that experts will spend a lot of time talking about the changing balance of power in the international arena and the rise of competing blocs. Likewise, they will try to analyze the balance of power between the United States, Russia, China and the European Union and emerging powers such as Turkey. There seems to be no way to move beyond ideologically charged statements when it comes to Turkey, partly because the country has huge geopolitical significance. Another reason is that Turkish leadership has experienced a lot of tension with the West since 2013.

First of all, the argument that Turkey is going through an ideological axis shift is a non-statement. Ankara faces fierce criticism on human rights and the state of its democracy from the West, which completely ignores Turkey’s ongoing fight against terrorism. Likewise, the country’s inability to make progress in its EU membership process stems from strategic tension with Europe. Although Turkish officials have no interest in leaving the Western alliance, i.e., NATO and the EU, they also refuse to be considered passive bystanders. Ankara does not believe that being part of the Western alliance renders it unable to strengthen its cooperation with Moscow, Tehran or Beijing. As a matter of fact, pursuing a multi-dimensional foreign policy and strengthening issue-based cooperation with various countries is the new reality.

Ankara must find a way to address the challenges associated with its geographic location, which happens to be the frontier between several axes. As such, the country’s efforts to strengthen its bilateral partnerships are not necessarily related to where it sees itself in terms of ideological axes. After all, we no longer live in a world where decisions are made based on ideology. Right now, the country’s sole purpose is to protect and maximize its national interests. If anything, it would not make a lot of sense to talk about European values when Europe’s political mainstream gradually surrenders to far-right extremism and xenophobia. Therefore, fellow members of the Western alliance could serve their own interests along with Turkey’s by promoting concrete cooperation with Ankara.

Still, that Turkey’s relations with Russia are improving as it experiences serious tensions with the U.S. and the EU is indeed a problem, not from an ideological standpoint like Westernism, but due to strategic interests. In this regard, Turkey must make an effort to combat anti-Turkish sentiment in Europe, starting with Eastern Europe and the Scandinavian countries.

Likewise, it would be wrong to view Ankara’s cooperation with Moscow from a romantic perspective. Turkey’s rapprochement with Russia reflects concrete interests and the Kremlin’s willingness to engage in a transactional relationship. It does not, for the record, mean that Turkey hates the West or absolutely adores Russia.In the face of deepening chaos in the international system and in its neighborhood, Turkey must pursue an active balancing policy. After all, national interests, rather than ideology, guide Ankara’s decisions.

The Saudi crown prince's unusual quest for legitimacy
Next
Loading...
Loading...
We use cookies to ensure that we give you the best experience on our website. If you continue to use this site we will assume that you are happy with it.Ok