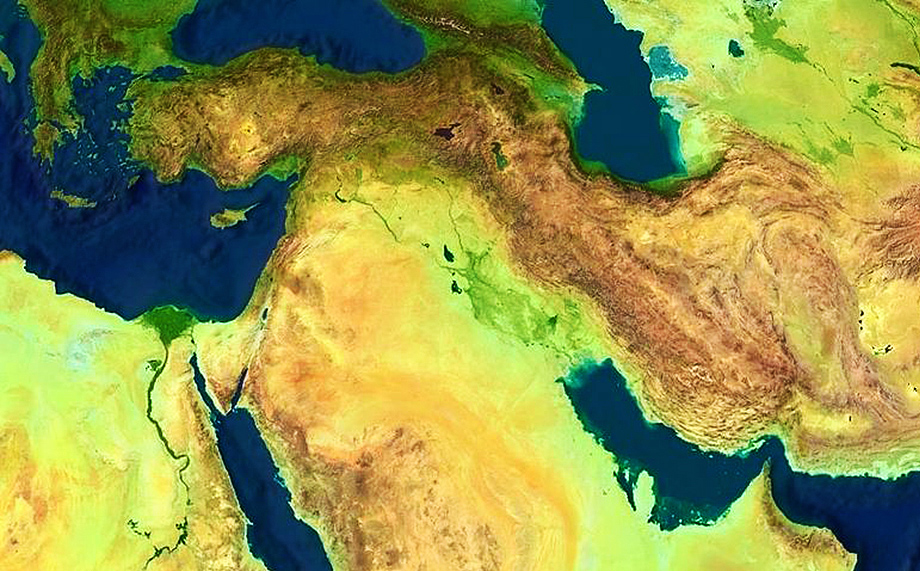 A new way of Arab nationalism based on more radical sectarian discourses is currently being promoted by Mohammed bin Salman and his partners with the help of the U.S. to further fuel in the Middle East

Last week, Saudi Crown Prince Mohammed bin Salman held a comical meeting with U.S. President Donald Trump at the Oval Office. Pledging to reform his country by promoting “moderate Islam,” the 32-year-old man went onto an “incredible” public diplomacy offensive as part of his two-week visit to the U.S. while columnists and think tanks have gotten in line to present Mohammed bin Salman as a “model leader” for the Arab world.

Meanwhile, the Saudi crown prince seeks to impress President Trump by offering several billion dollars in return for the administration’s support to Riyadh’s regional agenda. Best known for his efforts to translate U.S. military might into cash, President Trump, in turn, turned his meeting with Mohammed bin Salman with some kind of arms sales show.

Strengthening their cooperation against Iran, Israel, Saudi Arabia and the United Arab Emirates (UAE) trio hopes to impose a new blueprint on the Middle East with Washington’s help. For that purpose, they expect the U.S. to meddle in regional affairs to Tehran’s disadvantage. To be clear, the Saudi crown prince has made it clear that his country will be more aggressive going forward. In a lengthy interview with CBS News, he even announced that Saudi Arabia would pursue nuclear capabilities if Iran does so.

Mohammed bin Salman and his partners are trying to fuel a new polarization in the Middle East which is based on secular Arab nationalism. They want to build a new type of Arab nationalism around apolitical Salafism to ensure that it is compatible with Israel and the West. The “others” in this case, are clear: Iran (overtly) and Turkey (covertly).

The “moderate Islam” discourse facilitates Riyadh’s disengagement from the Palestinian question to facilitate closer cooperation with Israel and the U.S. At the same time, Saudi Arabia, which came under fire in the wake of the 9/11 terror attacks for promoting Wahhabism, gets to blame radical Islamism on the Islamic revolution in Iran and the Muslim Brotherhood while accusing Turkey and Qatar of sponsoring the Brotherhood.

Arab leaders, who lost Arab capitals like Baghdad, Damascus, Beirut and Sana’a to the Iranians over the past decade, are unhappy with Turkey’s growing hard and soft power. Their obvious target is Tehran, but they would like to limit Turkish influence in the process.

Of course, Arab figures, who rose to power by carrying out palace coups, find it understandably difficult to compete with Turkish President Recep Tayyip Erdoğan, who proved capable of appealing to the Arab people by helping refugees and taking a stand against the Trump administration’s Jerusalem move. In an effort to undermine Turkey’s popularity in the region, they push the narrative that the Turks have an “Islamist-Ottomanist agenda” and claim that the country is a “threat to the Arab world.” At the same time, they are frustrated with the Turkish victory in Afrin, which strengthened Ankara’s hand in the Syrian conflict.

A recent claim by UAE Foreign Minister Abdullah bin Zayed that Turkey, like Iran, posed a threat to the Arabs was directly related to those concerns. Moreover, it is no secret that Saudi Arabia, Israel and the UAE are looking to exploit tensions between Turkey and the U.S.

It is possible to argue that such accusations and smear campaigns are part of an attempt to brace for growing polarization and the emerging power vacuum in the Middle East. The Trump administration, which is starting to look more homogeneous, creates a new geopolitical void by uniting Israel and the Gulf against Iran.

Periods of change in Washington’s Middle East policy tend to create geopolitical voids that fuel competition between regional powers. Traditionally, countries that are prepared for such events and can mobilize their capacity at will tend to exploit those voids, as opposed to governments that the U.S. would like to reap benefits from. A quick look at the George W. Bush and Barack Obama administrations clearly reveals that fact.

Turkey wants to fill geopolitical void in Middle East
Next
Loading...
Loading...
We use cookies to ensure that we give you the best experience on our website. If you continue to use this site we will assume that you are happy with it.Ok