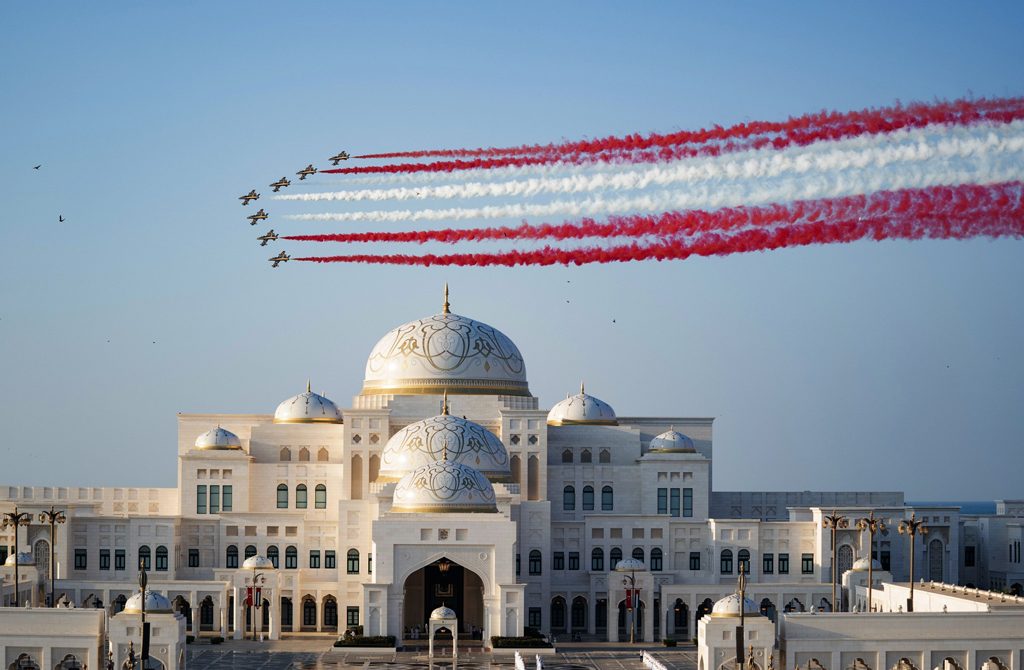 The rising Turkey effect in the Gulf

As a provider of security and stability, Turkey has the potential to become the balancing power in the Gulf region

ith governments around the world monitoring the Russia-Ukraine crisis, groundbreaking developments have been gaining momentum in Turkish foreign policy. During President Recep Tayyip Erdoğan’s visit to the United Arab Emirates (UAE), where he was welcomed with glorious ceremonies, the media reported that Israel’s President Isaac Herzog was going to visit Turkey on March 9-10. Speaking to reporters on his flight back from Abu Dhabi, the Turkish leader added that “positive dialogue” was underway with Saudi Arabia as well.

In a way, next month’s Antalya Diplomacy Forum will provide a glimpse into the merits of the normalization policy. There is no doubt that the normalization with the UAE and Israel amounted to breaking the blockade against Turkey. By taking those steps, Turkey has thwarted an attempt by Greece, the Greek Cypriots, Egypt, Israel and the Gulf to corner the Turks in the Eastern Mediterranean. More important, however, is the fact that Turkey’s policy of normalization is prominent enough to tilt the balance of power in the Gulf.

Here’s why the UAE and Israel are eager to normalize their relations with Turkey. In light of United States President Joe Biden’s election victory and the U.S. withdrawal from Afghanistan, three normalization processes kicked off in the Middle East. Specifically, Saudi Arabia moved to de-escalate tensions with Iran, as Israel and the Arab states moved to normalize their relations. Finally, Turkey turned over a new leaf in its relations with the UAE and Israel. To be clear, the most effective of those three processes has been the normalization effort by Turkey and its counterparts.

Meanwhile, Erdoğan himself best described Turkey’s growing influence over the Gulf: “We do not view the security and stability of any brotherly nation in the Gulf region as distinct from our own.” Visiting Abu Dhabi, the Turkish president not only normalized Ankara’s relations with the UAE but also described the UAE’s security as part and parcel of Turkey’s own national security.

‘Provider of security and stability’

What does it mean to be a “provider of security and stability” in the Gulf? First and foremost, Erdoğan’s comments on the Gulf region’s security were anything but ordinary. Turkey has proved with deeds, not just words, that it could provide stability and security if engaged properly. The first such sign came in 2016, when the country fought Daesh and YPG/PKK terrorists in Syria. The following year, it prevented a potential coup d’etat in Doha during the Qatar blockade. In 2019, Turkey concluded a series of agreements with Libya and proceeded to successfully defend the Government of National Accord (GNA) in Tripoli – which consolidated its role as a provider of stability and security. Finally, Turkey crowned that influence by helping Azerbaijan to resolve the Karabakh question, which had been around for nearly 30 years. Hence the UAE abandoned its anti-Turkish policy to appreciate Erdoğan’s leadership and pursue closer cooperation with Turkey in a broad range of areas, including technology, energy, logistics and defense.

The proximity of a nuclear deal between the U.S. and Iran as well as the partial lifting of former U.S. President Donald Trump-era sanctions have alarmed many governments around the Middle East. Israel has signed security pacts with the UAE and Bahrain, yet all three governments know that those arrangements won’t be enough to counter Iran. Liberated from sanctions under the nuclear deal, Tehran, they guess, could use its proxies to bolster its regional ambitions and boost its operational capabilities quite easily.

As Hakkı Uygur, president of the Center for Iranian Studies (IRAM), pointed out, Tehran had used its agreement with former U.S. President Barack Obama’s administration to strengthen its presence in Syria and Iraq. As such, hardly anyone would be surprised to see the Iranians use the new deal to consolidate their influence over the Gulf. Needless to say, the United States – which traumatized its Middle Eastern allies by retreating from Afghanistan — could not defend Saudi Arabia or the UAE from missile and drone attacks by the Houthi rebels during the Trump presidency.

Following in Russia’s footsteps, China, too, wants to take bold steps in the Gulf. Israel cannot fill the power and security vacuum in the region, where great power competition is intensifying and Iran is expected to make a new and ambitious attempt to boost its influence, by itself either. As a “provider of stability and confidence,” Turkey could be the balancing, most prominent player in the Gulf region.

Turkey-Saudi Normalization: A Larger Regional Bloc at the Door?
Next
Loading...
Loading...
We use cookies to ensure that we give you the best experience on our website. If you continue to use this site we will assume that you are happy with it.Ok