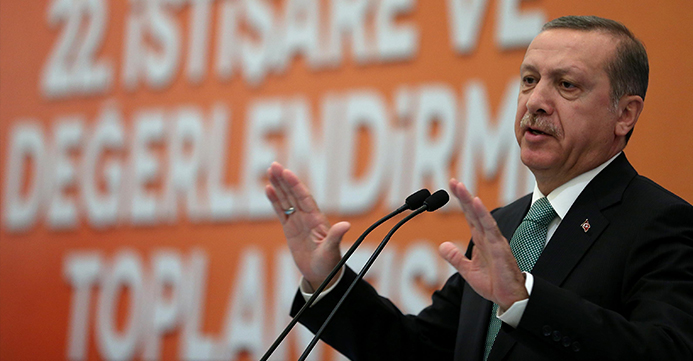 The codes of AK Party’s future

At the heart of the AK Party leadership’s courage lies their ability to actively and rapidly respond to political circumstances and trends. To be clear, this isn’t just about pragmatism necessitated by facts and needs.

By Burhanettin Duran 4 November 2017
Share
Burhanettin Duran
4 November 2017
Friday marked the fifteenth anniversary of the AK Party’s rise to power. The ‘public debate’ revolving around that political party, which took over Turkey’s government just 14 months after its establishment, has never stopped. At first, there were questions about the AK Party’s roots in the National Outlook movement and whether the movement was genuinely committed to change. In later years, the party’s actions, transformation and leader, Recep Tayyip Erdoğan, became the focus of the national conversation. Of course, the main reason for all this attention being paid to the AK Party has been the movement’s ability to single-handedly and continuously govern Turkey for fifteen years.
During its tenure, the AK Party was able to help Turkey overcome the economic and political crisis caused by the February 28 process and launched membership talks with the European Union. In addition to being able to exercise actual political power by weakening the Kemalist tutelage regime, the movement proved willing to transform the status quo. In the wake of the Arab Spring, it sought to translate the newfound air of optimism into concrete progress. When the wave of revolutions turned sour, the AK Party government attempted to keep the resulting chaos under control and manage the various crises. Having taken a huge risk by launching the reconciliation process in 2012, the movement was later able to face the fact that the PKK had effectively ended the talks and concentrated on the counter-terrorism campaign. All in all, the AK Party has been brave in the face of the ‘turbulence’ that Turkey has been experiencing since 2013 – which reached its zenith around the failed coup of July 15, 2016. By holding a constitutional referendum in April 2017, the movement showed the courage to replace Turkey’s traditional parliamentary system with a presidential system of government. Finally, President Recep Tayyip Erdoğan returned to his party as chairman and took another major risk by asking for the resignations of several mayors affiliated with the movement.
At the heart of the AK Party leadership’s courage lies their ability to actively and rapidly respond to political circumstances and trends. To be clear, this isn’t just about pragmatism necessitated by facts and needs. At the same time, the movement has proved willing to resist such trends provided that resistance was required to maximize Turkey’s national interests. In other words, the AK Party’s political platform has been a combination of change and resistance. As such, the movement does not hesitate to undertake reforms made necessary by developments in Turkish, regional and global politics. When it comes under attack, it does not back out of any fight. Of course, the AK Party’s ability to combine change with resistance, first and foremost, is about Erdoğan’s charismatic leadership. At the same time, it’s about the party’s ability to show its supporters that the actions taken are indeed rational. Finally, it’s about the dynamism of the party organization and their ability to work in harmony with the movement’s leader.
Needless to say, one cannot downplay the chaos caused by change and the sense of insecurity that chaos often entails. Over the years, one of Erdoğan’s most significant accomplishments has been his ability to manage that sentiment among the AK Party base. From the Gezi Park revolts to the 17-25 December conspiracy to the June 2015 elections and the July 15 coup attempt and the transition to presidentialism, Erdoğan always took risks greater than those faced by the people around him. In doing so, he was able to address concerns and overcome objections. He responded to each crisis by taking himself up another notch. He did not hesitate to tackle tensions head-on. Nor did he refrain from embracing the chaos en route. It was therefore that Erdoğan was able to withstand direct attacks by terrorist groups, such as PKK and FETÖ, as well as indirect efforts by Western governments to discipline Turkey.
Since 2002, Erdoğan repeatedly changed the policies of his own government if he deemed such change necessary. Again, he has been the AK Party’s most vocal critic on a range of issues including security, education, culture and urbanization. Nowadays, Erdoğan’s brand of politics attracts a notable amount of attention due to the resignation of several mayors. His point is to take risks to ensure that “we are able to freshen ourselves up before the electorate punishes us.” As such, he does not hesitate to identify and tackle problem areas.
My understanding is that the elite classes are unable to fully grasp Erdoğan’s style of politics – the combination of change and resistance. Whenever he takes steps towards change, the AK Party leader is accused of being chaotic and incoherent. Likewise, if he opts to resist, his critics start talking about his alleged “pro-state reflexes” and his supposed willingness to become one with the establishment in order to remain in power. Quite the contrary, though, Erdoğan’s crisis management strategy is all about that combination and his dynamism.
Moving forward, the AK Party must institutionalize the change-resistance combination in order to make sure that it does not end up like the Democratic Party of the 1950s or the Motherland Party of the 1980s. At the end of the day, that’s the key to the movement’s ability to stay relevant.
Share

Hope for expected diplomatic engagement on Trump's Asia trip
Next
Loading...
Loading...
We use cookies to ensure that we give you the best experience on our website. If you continue to use this site we will assume that you are happy with it.Ok