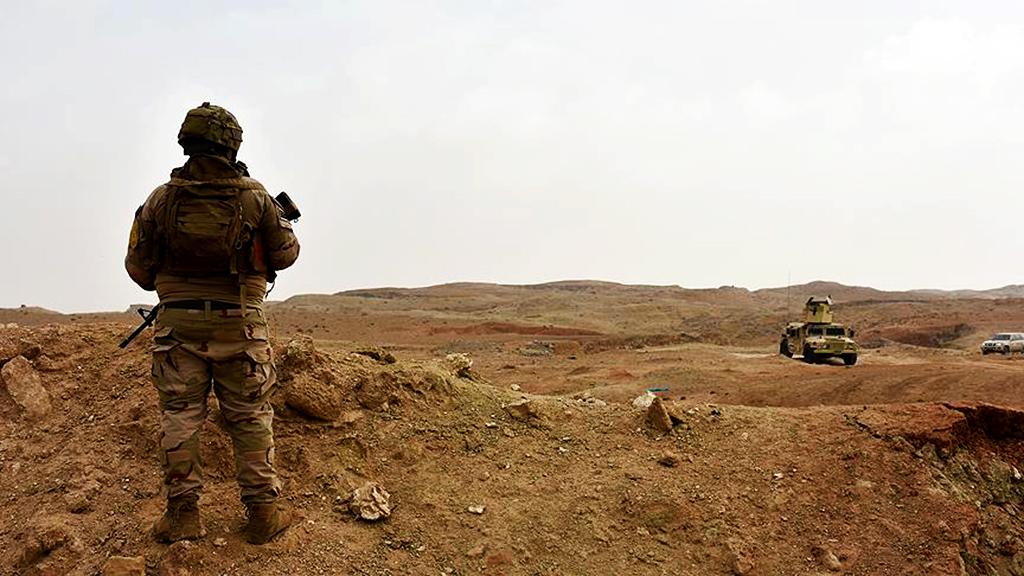 Trump's decision to stop "this nonsense" caught the Pentagon and the U.S. State Department by surprise.

People had been wondering how Washington was going to respond to the Sochi agreement. Then, U.S. President Donald Trump, who has still not unveiled his post-Daesh Syria policy, called his Turkish counterpart Recep Tayyip Erdoğan to share his views. The two leaders agreed to cooperate more closely against terrorist groups, and Trump pledged to stop arming People’s Protection Units (YPG) militants in Syria.

Trump’s decision to stop “this nonsense” caught the Pentagon and the U.S. State Department by surprise. Needless to say, the White House’s most recent move was intended to strengthen its hand in Syria, which was weakened by the Sochi summit, as the Trump administration seeks to clarify its Syria policy. As such, Trump sought to facilitate some level of cooperation with Turkey, whose relations with the United States have been strained due to Washington’s partnership with YPG militants. Ankara is also frustrated by the U.S.’s seeming unwillingness to take action against the Gülenist Terror Group (FETÖ) and ongoing court cases against several employees of U.S. diplomatic missions in Turkey. Despite everything, it is clear that Ankara is still open to cooperating with Washington.

On his way back from Sochi, Erdoğan had made two important points in a meeting with reporters covering his trip. First, he stressed that “the doors of politics” are open to suggest that he is not completely against a transition with Bashar Assad. Secondly, he hinted that the Sochi agreement does not mean that Turkey and the U.S. should stop talking about Syria by saying that he intended to speak with Trump soon. After all, the Kremlin, too, had spoken with Trump.

Erdoğan’s eagerness to negotiate with the United States is necessary to find a solution to the Syrian crisis and shows that Turkey’s rapprochement with Russia is limited and transactional. After all, the Sochi agreement alone is not enough to find a political solution for Syria. The three guarantors – Turkey, Russia and Iran – as well as the United States must have a seat at the negotiating table. Of course, Washington has absolutely no intention to sit this one out. It is no secret that the United States will not withdraw from Syria until the Geneva peace talks are completed. There are currently 4,000 U.S. troops and 14 military bases in the country, which is due to receive an additional 2,000 troops in the near future. Through the proxy of YPG militants, Washington still controls a quarter of Syria.

From Ankara’s perspective, the Sochi agreement is not intended to sideline the United States. Quite the contrary, Turkish officials are not happy that they have not been able to cooperate with the United States, whereas they have been talking to Russia and Iran, which do not share Turkey’s view on Syria. As a matter of fact, it was former U.S. President Barack Obama’s Syria policy – and Donald Trump’s decision to sign off on the same plan – that made it possible for Russia to become so powerful in the country. Again, Washington’s failure to appreciate Turkey’s national interests and security concerns made it very difficult for Ankara to consider working with the United States.

Last week, Trump took an important step that signaled his willingness to reconsider Washington’s position on YPG militants and FETÖ. Whether the phone call was a tactical move intended to buy the U.S. some time or a strategic shift in Washington’s Syria, YPG and Turkey policies remains to be seen. Either way, the perception that Trump, like his predecessor, fails to keep his promises would have a negative effect on existing tensions between Washington and Ankara.

Although Erdoğan understands that Trump faces significant pushback from U.S. officials and therefore encourages closer cooperation between Turkey and the United States, the underlying causes of bilateral problems have not gone away. One thing is clear – in recent years, Ankara has found it much easier to cooperate with Moscow and Tehran to address regional crises than the United States. Washington, for instance, refused to work with Turkey for the Raqqa operation, whereas Iran cooperated with Ankara in the face of the Qatar crisis and the independence referendum in northern Iraq. Meanwhile, Russia has been able to recover its relationship with Turkey, which hit rock bottom in 2015, by joining forces with Ankara to evacuate civilians from Aleppo, enforcing a de-escalation zone in Idlib, facilitating the Astana talks and finalizing the Sochi agreement.

Time and again since the Syrian civil war broke out, Washington has showed Ankara that it is not going to act like part of a larger bloc of allies. Now, the U.S. must find a way to cooperate with Turkey, at least on certain issues. It remains unclear, however, whether the Trump administration can win back Ankara and develop its post-Daesh Syria policy at the same time.

Turkey wants to normalize relations, while US does not
Previous

Ankara not sidelining US, prefers cooperation
Next
Loading...
Loading...
We use cookies to ensure that we give you the best experience on our website. If you continue to use this site we will assume that you are happy with it.Ok