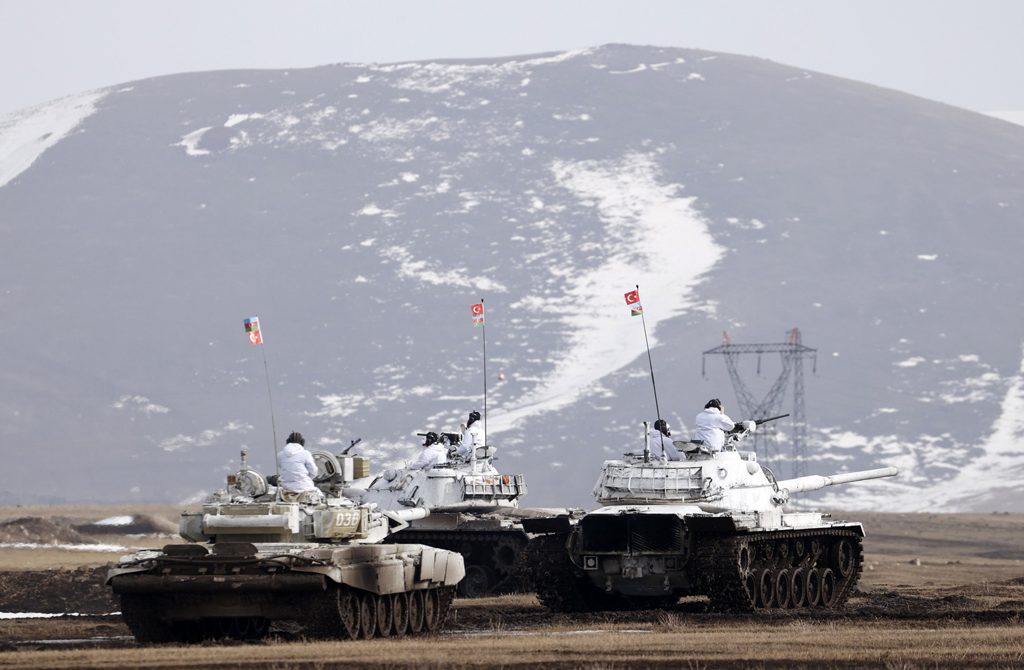 Rules of thumb for fighting terrorism

The reaction of politicians to the execution of 13 Turkish citizens by the PKK terrorist group demonstrates the challenges Turkey faces in its counterterrorism efforts. It is deeply saddening that opposition parties would rather look for a scapegoat than join the nation in condemning the terrorists who shot abductees in the head.

The reaction of politicians to the execution of 13 Turkish citizens by the PKK terrorist group demonstrates the challenges Turkey faces in its counterterrorism efforts. It is deeply saddening that opposition parties would rather look for a scapegoat than join the nation in condemning the terrorists who shot abductees in the head.

Political parties and their representatives should be expected to respond differently to an act of terrorism, as Turkey has been fighting some of the world’s most sinister organizations – including the PKK, Daesh and the Gülenist Terror Group (FETÖ) – simultaneously for the last six years.

Opposition leaders, for example, should have been more hesitant to believe the PKK propaganda that the 13 victims died “during the air bombardment.” Those who disseminated the terrorists’ lies ought to have been made to regret it.

Fighting terrorism is a question of national interest, on which the government and the opposition are supposed to agree. There is a very thick line between subjecting anti-terrorism policies to democratic scrutiny and undermining the nation’s efforts. There is arguably no country where that line is as thin and easily crossed as in Turkey. The main reason behind that problem is that the fight against the PKK has been ongoing for nearly 40 years.

Some commentators are keen on accounting for the failure to end terrorism with exclusive references to public policy. That shortcut becomes particularly unseemly when it is taken in pursuit of short-term political interests.

The war on terror must not be subject to exploitation in order to prevent the securitization of politics to the extent that it infringes on democracy.

Over the last 19 years, the ruling Justice and Development Party (AK Party) has explored every avenue to combat PKK terrorism – including two attempted reconciliation processes.

Why then, is Turkey having such a hard time fighting the PKK? Why is that separatist organization, rooted in late nationalism, still claiming innocent victims after 37 years – assuming that it became an operation in 1984?

The cases of the Irish Republican Army (IRA) and Euskadi ta Askatasuna (ETA), or “Basque Homeland and Freedom” in the Basque language, teach us that four conditions must be met simultaneously in order to permanently defeat terrorist organizations with ethnonationalist motivations:

Unfortunately, Turkey has not been able to check all four boxes at the same time throughout its anti-PKK campaign – not in the 1990s, nor in the 2000s, nor today.

It is true that the pro-PKK Peoples’ Democratic Party (HDP) and its predecessors have been accommodated in Parliament, despite frequently violating the limits of democratic politics.

Even so, Turkey has implemented a series of reforms to meet the Kurdish community’s identity-related demands.

Unfortunately, the nation’s southeastern neighbors Iraq and Syria have become failed states – the former due to the U.S. invasion and the latter due to Bashar Assad’s atrocities – that continue to be a safe haven for the PKK.

Consequently, Ankara was compelled to carry out operations, create safe zones and establish military bases in those countries, where the terrorists were likely to establish a stronghold.

Last but not the least, our so-called allies continue to support the PKK both directly and indirectly.

Terminating the PKK presence within Turkey’s borders is not enough. The pursuit of the terrorist entity, with tens of thousands of militants and under American or Russian supervision of “autonomy” in Iraq and Syria, represents the greatest problem facing the Turks.

Opposition leaders criticize Turkey’s counterterrorism policy, but what alternatives do they actually offer?

Shall we turn a blind eye to the PKK’s attempts to create an autonomous zone or independent statelet in Iraq and Syria? Are we supposed to allow advocates of the “creative power of violence” to take down our democracy?

What does it really mean to urge “both sides” to lay down their arms? Why would the PKK, which enjoys U.S. support, halt its violence? Even if it did, won’t the continued PKK presence in Iraq and Syria clearly pose an even more serious threat in the future?

To blame the execution of unarmed hostages on President Recep Tayyip Erdoğan merely plays into the terrorist group’s hands.

The main opposition Republican People’s Party (CHP) cannot mount democratic pressure on the HDP by resorting to such tactics. Crossing that thin line serves to spread terrorist propaganda and inflicts irreparable damage on our country and democracy.

US' 'ifs and buts' on PKK cause skepticism in Turkey
Previous

Turkey's position in NATO and terror concerns
Next
Loading...
Loading...
We use cookies to ensure that we give you the best experience on our website. If you continue to use this site we will assume that you are happy with it.Ok