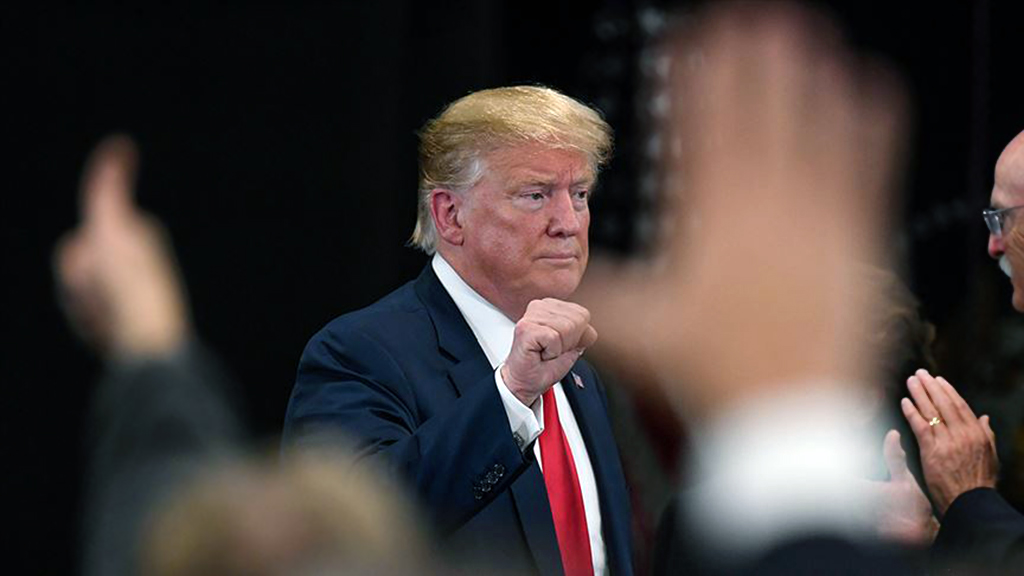 Renewed Iran sanctions and the age of American-made turbulence

The U.S. announced Monday it will not renew special waivers that allowed eight countries, including Turkey, to import Iranian oil without violating renewed sanctions.

The U.S. announced Monday it will not renew special waivers that allowed eight countries, including Turkey, to import Iranian oil without violating renewed sanctions. This decision marks the third stage of an embargo that Washington put in place after its unilateral withdrawal from the Iran nuclear deal. The initial two steps, taken in August and November 2018, entailed economic sanctions. The Trump administration’s current goal is to reduce Iran’s oil exports to zero, starting May 2 and force Iran to capitulate.

It seems that 2019 will be a year of Israeli expansionism in the Middle East but it would also see some heated debate on Iran. After all, Washington continues to gradually implement its policy to contain that country. Indeed, Trump’s decision to not renew waivers is a continuation of designating the Iranian Revolutionary Guard Corps (IRGC) as a terrorist entity.

This hard-line approach will have an impact on Iran as well as the regional and global balance of power.

First of all, it remains to be seen how this decision will affect world oil markets. After all, the U.S. sanctions on Iran will add to the existing supply problems, due to the situation in Venezuela, Libya and Nigeria. There is the talk among the Organization of the Petroleum Exporting Countries (OPEC) members that the production deal could be in jeopardy. To prevent an oil shortage, Washington urges Saudi Arabia and the United Arab Emirates (UAE), both members of the anti-Iran bloc, to step up production. Although the price of oil will rise, it is safe to assume that the outcome of U.S. sanctions will be partly manageable.

Secondly, the Iranian economy is about to encounter far greater challenges. Although Iranian officials say that their country is used to sanctions and being excluded from the international system, Washington’s hard-line approach will have a direct impact on the population’s daily life. The Iranian government must be prepared to come under fire at home over its pursuit of nuclear and ballistic armaments as well as its support for proxies. The Iranian people, who are already unhappy with their government’s spending in Syria, will be burdened by new problems.

In the country, where young people constitute a significant portion of the population, unemployment among college graduates remains as high as 50 percent. The U.S. sanctions could result in a spike in unemployment, making protests and domestic tensions more likely. The regime in Tehran could use Washington’s decision to support Israeli expansionism and turn the screws on Iran as ideological ammunition. Yet Iran is unlikely to last more than a year or two under the mounting pressure.

Another problem is that importers of Iranian oil stand to be excluded from the U.S. financial system. India, South Korea, China, Japan and Turkey stand to experience more serious effects than others. INSTEX, a new transaction channel that the EU set up with Iran, does not cover areas targeted by U.S. sanctions. Nor is that mechanism likely to facilitate the return of companies, which are in business with the U.S., to the Iranian market. INSTEX could only be attractive for small and medium-sized enterprises (SMEs) that attach more importance to their business in Iran than the U.S.

Without a meaningful alternative to the SWIFT system, which remains the single greatest obstacle before trade with Iran, it seems unlikely that Iran will be able to stand American pressure – which means that Russia, China and the EU must work together. The Trump administration currently imposes sanctions on Russia and China, whereas even Germany finds itself threatened by sanctions for importing Russian natural gas.

Trump’s America mounts pressure on the world’s leading powers and imposes its own national interest and legal system on the rest of the globe as if it were universal law. Washington challenges (and possibly dismantles) the post-World War II liberal international order, which it single-handedly built. Soon, the great powers find themselves unable to effectively respond to American unilateralism. Slowly but surely, the idea of an American-dominated order gives way to the notion of American-made turbulence. All parties will need to make their strategic calculations accordingly.