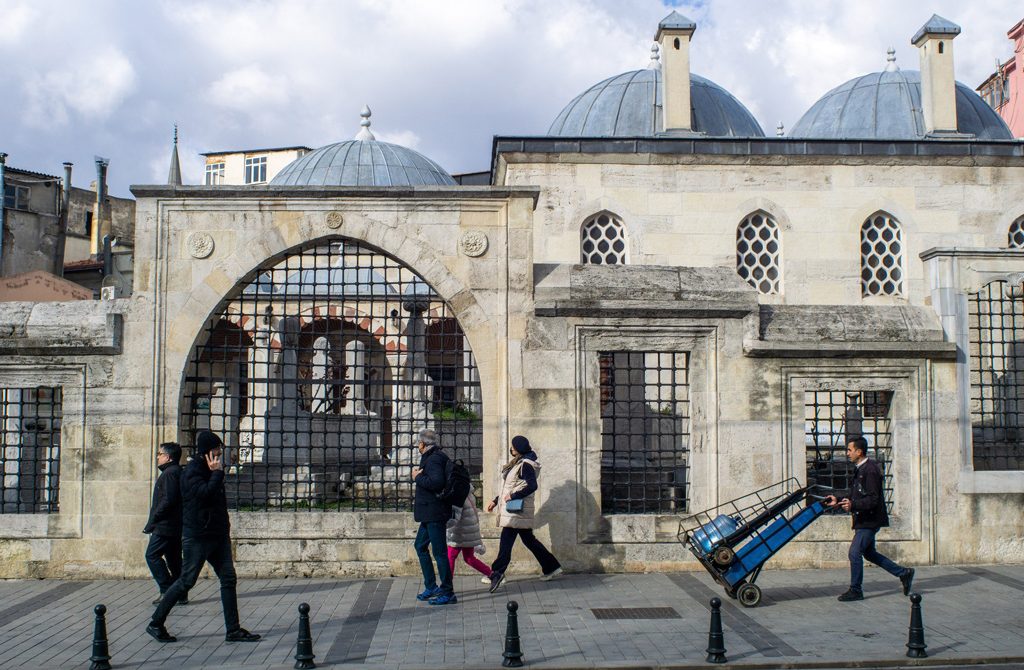 The opposition could contribute to the long-term rationalization of the alliance system by creating a program and identifying one or more candidate(s) that could take Turkey beyond the 2023 election with an eye on the balance between foreign policy, domestic politics and the economy.

The opposition’s reaction to the ruling People’s Alliance’s electoral reform bill signals that it was caught off guard by that move. Spokespeople for the opposition parties, which initially accused the government of political engineering, now argue that the ruling alliance will lose “no matter what they do.” Still, pro-opposition commentators have been silent on the long-term effects of that proposal, which aims to rationalize the system of alliances, on Turkey’s political life. Instead, we have seen them identify certain “tricks” within the text and criticize the spokespeople for saying that the ruling alliance was going to lose “no matter what.”

The reason behind the opposition’s lack of a clear message is that the electoral reform bill, which will alter the nature of alliances just 15 months before the next election, stands to further complicate the already complex set of relationships and calculations among the opposition parties.

The brain trust behind the opposition, which attempted to expand the pro-opposition Nation Alliance, now requires far more complex forms of political engineering. The number of issues, on which the six opposition parties (which recently decided to meet on a monthly basis until the election), has notably increased. For the record, the public had shown insufficient interest in the opposition’s plan to adopt an “augmented” parliamentary system. The main reason behind that lack of interest was the people’s expectation to hear from the opposition parties what their plan was for the 2023 election. Instead, those six parties appeared before cameras with a plan to restore the parliamentary system, whose implementation would require at least two election victories and a constitutional referendum.

To make matters worse, that bloc, which was already difficult to keep together due to their ideological differences and contradictory ambitions, needed another engineering marvel: a mutually acceptable presidential candidate. Indeed, while the ruling alliance introduced its electoral reform bill to Parliament, the leaders of the main opposition Republican People’s Party (CHP) and the Good Party (IP) were engaged in a debate over the opposition’s joint presidential candidate. Specifically, CHP Chairperson Kemal Kılıçdaroğlu and IP Chairperson Meral Akşener could not decide whether the ideal candidate should have experience in public administration or rather be a low-profile individual. In light of the Russian occupation of Ukraine, however, the public’s attention shifted to President Recep Tayyip Erdoğan’s diplomatic efforts.

The administration’s careful and balanced policy on Ukraine enjoys the general population’s support, yet does not face serious criticism from the opposition either. In the early days, Akşener had called for sanctions, demanding that Turkey side with the West against Russia, she eventually realized that her original statement caused her problems.

It goes without saying that the IP’s problematic response was informed by the concern that the war in Ukraine could play into Erdoğan’s hands. After all, the Turkish president demonstrated his superiority to the opposition in the area of foreign affairs. Amid war, sanctions, refugees and uncertainty around the globe, Erdoğan proved himself to be a strong leader that represented Turkish interests. Ahead of the 2023 election, that leadership profile remains the ruling alliance’s most valuable asset.

The opposition parties, which strive to unite under the umbrella of “augmented” parliamentarism, have to answer an additional question: What kind of alliance do they want? By contrast, the People’s Alliance has a clear answer to that question: a strategic alliance based on a common vision.

If Parliament adopts the electoral reform bill, the opposition stands to face a very serious challenge. They will either come up with a formula, which will involve plenty of conflict and disagreements, or dare to become a strategic alliance like the People’s Alliance. Depending on that decision, they will endorse one or more presidential candidate(s).

Let us recall that anti-Erdoğanism, which became a source of populism among opposition parties, does not yield a positive political agenda. It no longer attracts voters to the opposition either. The opposition could contribute to the long-term rationalization of the alliance system by creating a program and identifying one or more candidate(s) that could take Turkey beyond the 2023 election with an eye on the balance between foreign policy, domestic politics and the economy.

Experts Respond: All Eyes on NATO, 6 Takeaways from the Emergency Summit
Next
Loading...
Loading...
We use cookies to ensure that we give you the best experience on our website. If you continue to use this site we will assume that you are happy with it.Ok