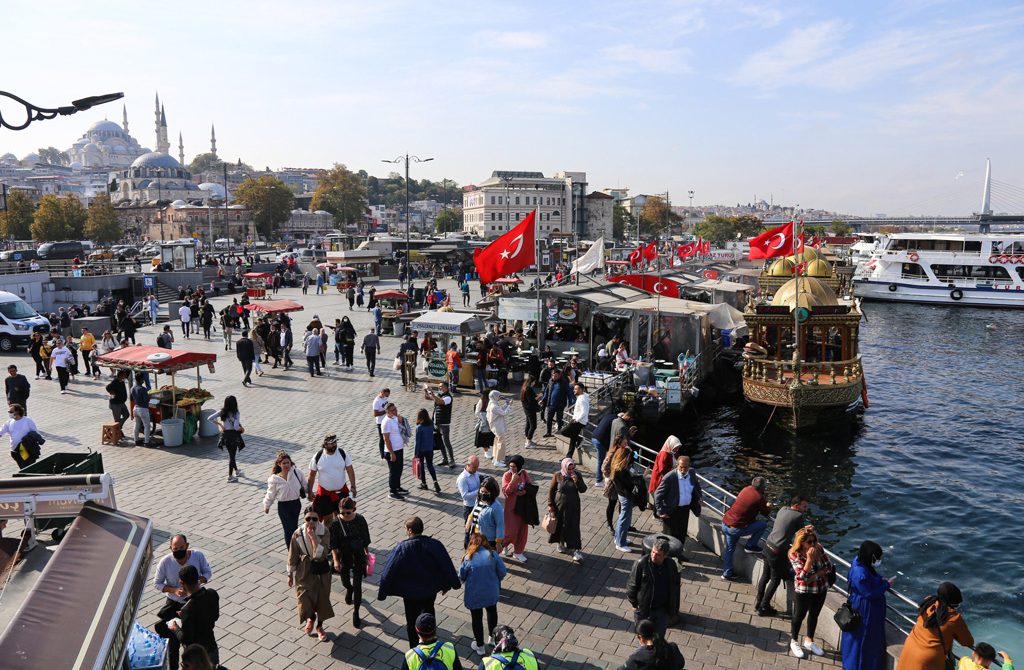 ‘Political murders’: What is this all about in Turkey?

By all indications, 2022 will be a year full of intense arguments and discussions.

By all indications, 2022 will be a year full of intense arguments and discussions.

Koray Aydın, deputy chairperson of the Good Party (IP), just poured fuel on the fire that the main opposition Republican People’s Party (CHP) Chairperson Kemal Kılıçdaroğlu started by indirectly accusing the government of planning “political murders.” “We, too, have heard certain things about political murders in the making. If there is such a plan, everyone involved, starting with those governing the country, will have to answer for it. They will pay a heavy price,” he said. He topped off his speech about those self-proclaimed “tips,” which aimed to fuel polarization and tensions, by urging President Recep Tayyip Erdoğan not to seek reelection to “avoid suffering a crushing defeat.”

Quite obviously, those remarks reflect the IP leadership’s unhappiness with Erdoğan’s claim that the Peoples’ Democratic Party (HDP) had “vetoed” IP Chairperson Meral Akşener’s presidential bid. It is no less apparent that Erdoğan, who confronted countless threats and coup attempts with the people’s support, won’t let such attacks get under his skin.

Whereas Akşener dreams of becoming prime minister by winning an election in the distant future, Erdoğan is getting ready for another five years at the helm. It goes without saying that his refusal to give up encourages his opponents to take certain countermeasures.

In my previous columns, I noted that Turkey was going to face a smear campaign over two issues ahead of the 2023 elections: Erdoğan’s political career and health, and the country’s international standing.

The most recent example of that campaign was the hoax about “political murders” and the desperate attempt to identify Erdoğan’s “successors” from within the ruling Justice and Development Party (AK Party). At the same time, hardly original versions of past assaults on Erdoğan and Turkish foreign policy have resurfaced in the form of “Turkey’s dangerous isolation” and “Erdoğan’s Turkey as a popular target for Western politicians trying to win elections.”

The West and Turkey

Needless to say, some Western governments are unable to maintain their bilateral relations with Erdoğan’s Turkey as they did in the past. It is hardly surprising that French President Emmanuel Macron, who suffered setbacks against his Turkish counterpart across the board, happens to criticize Turkey. Nor is it a sign of Turkey’s weakness or isolation that politicians in some smaller European countries fuel baseless fears about “the imminent arrival of the Turks” – a popular argument during the Brexit campaign in the United Kingdom. If anything, being compared to Russia or China as a form of criticism attests to the populist tendencies of certain European politicians as well as Turkey’s prominent role in shaping the future of Europe, starting with the Balkans and Eastern Europe.

In truth, one could argue that Russia and other regional powers, too, are attempting to adapt to changing circumstances in the international arena – just like Turkey. Indeed, the Kremlin seems to be adapting more cleverly than others. Let us not forget that the main reason behind the change in Turkey’s relations with its Western allies is their misguided policy choices on Syria, the refugee crisis and terrorist entities like the YPG and the Gülenist Terror Group (FETÖ). It is rooted in their lack of attention to Ankara’s security needs and their support for Greece’s unjust and maximalist demands.

Moreover, one cannot even talk about the West or the European Union adopting a common foreign policy. There is no shared or effective policy regarding China, Russia or major conflict zones. It would suffice to take a quick look at what the Biden administration, which pledged to strengthen the trans-Atlantic Alliance, signaled to Washington’s European allies, by leaving Afghanistan and signing AUKUS, to appreciate that the West is all over the place. Unable to recover from Brexit, the EU could not show the courage to expand. It also experiences a crisis with Poland, since reconciling the interests of Eastern, Central and Northern European nations is quite a challenge. An uncertain future awaits Germany, which is dealing with the consequences of launching Nordstream 2, in the post-Angela Merkel period. Meanwhile, Macron, who keeps trying new things and faces backlash from African nations, is preoccupied with the French election and arms sales to Greece.

At a time when all eyes turn to the Indo-Pacific region and there are plenty of opportunities and risks involved in filling the regional power vacuum, it would be a mistake to jump into exaggerated and mistaken conclusions based on what some Western politicians say about Turkey. Unless, of course, the point is to warn the relevant parties not to work with Erdoğan and wait until 2023.

US focus on Pacific calls for reassessment in Turkey ties
Next
Loading...
Loading...
We use cookies to ensure that we give you the best experience on our website. If you continue to use this site we will assume that you are happy with it.Ok