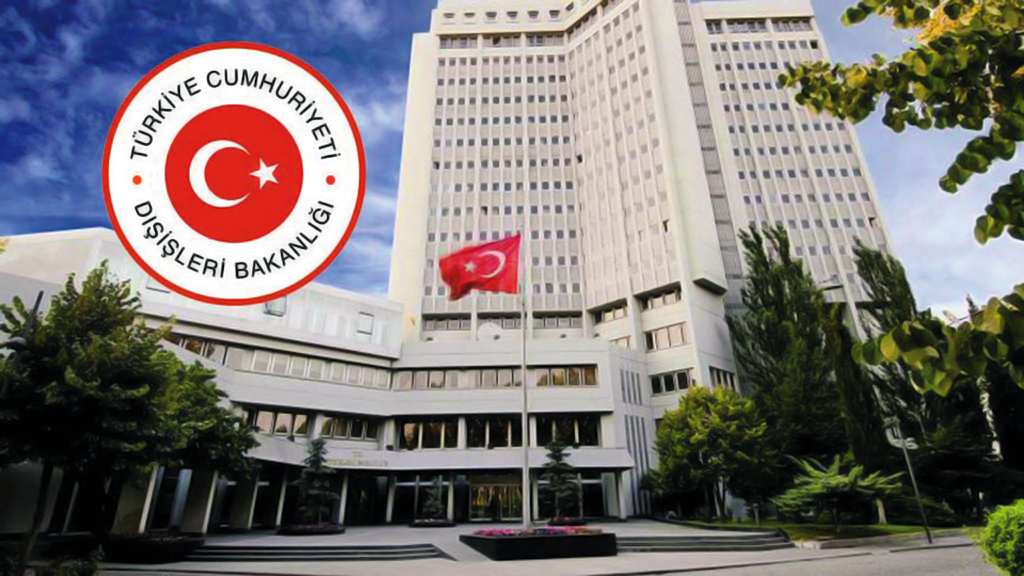 All eyes in the Middle East are now on Turkey, which after the presidential elections is on the brink of a major transformation process in its approach to foreign policy

After the elections in Turkey, which gave a mandate for President Recep Tayyip Erdoğan to run the country for the next five years, one important question that has been frequently repeated was what impact will this have on foreign policy.

How much continuity and how much change will take place in Turkish foreign policy in the new system? And how will the decision-making mechanisms be organized?

First of all, the election platform and election manifesto of the Justice and Development Party (AK Party) and President Erdoğan enumerate some of the main issue areas of foreign policy in this new era. In his manifesto speech, Erdoğan underlined the fact that Turkey will continue to pursue its foreign policy principles that it followed in the last 15 years of the AK Party government.

“Independence, national interest, national security and a conscientious stance, the principles of our foreign policy, will remain unchanged. We will not patronize other countries, just as we do not accept being patronized,” he said.

Erdoğan not only underlined the significance of using diplomacy to resolve problems with his counterparts during this period, but he also signaled that Turkey will always be ready to use force against any terrorist groups that threaten the national security and interests of the country. Thus, operations such as Operation Olive Branch and Operation Euphrates Shield will become the new dimension of Turkish foreign policy in its dealings with failed states and in areas that export insecurity to Turkey.

The successful outcomes of the use of hard power in Turkey’s border areas will definitely impact the future of the Turkish national security policy.

The improvement of relations with Turkey’s allies and partners around the world will be another dimension of foreign policy in the new era. Of course the relations with the U.S. were specifically mentioned in the manifesto and election platform. The Manbij agreement which was designed as a result of working groups between the two will be an important test in this period. The success of the implementation of the road map will show if these working groups can become the crisis managers and crisis resolvers in the new period.

The manifesto also stated that Turkey will continue to pursue its requests from the U.S. administration in regards to the People’s Protection Units (YPG)/PKK and the extradition of Fetullah Gülen. There was a determination to resolve the problems with the U.S. in the coming period. In a similar way the election manifesto of the AK Party made clear that Turkey will continue to pursue EU membership in this new period.

In his speech Erdoğan stated, “We have never given up on our goal of full membership to the EU although lately we have not seen the same determination and desire from our counterparts.”

For the last 15 years despite the determination of the AK Party governments to pursue full membership with the EU, there were constant impediments by the EU leaders to Turkey’s progress.

In this new period, the Erdoğan administration will one more time push for this goal. But in fixing relations with the U.S. and improving ties with the EU, Turkey will become more assertive and creative diplomatically. The outcome will depend on the reaction of these partners to Turkey’s attempts. The rising far-right movements, protectionism and unilateralism will be the significant threats in relations.

Finally considering the presence of the economic problems, we may expect a more economic based foreign policy in this new era from Turkey. In addition to be a trading state, Turkish foreign policy may also take steps to increase investor confidence and attract more foreign direct investment. It will be the expectation from the foreign policy makers to become more active in this sphere.

In the next few weeks we will have a clear idea about the foreign policy decision-making mechanisms as well. As stated by President Erdoğan there will be a council within the president’s office on foreign and national security policy. The composition of this new council, its relations with the foreign ministry and its role in foreign policy decision-making, needs to be seen in the next few months.

In the last few months we have seen a number of political appointments for the ambassadorial positions. The new system will also demonstrate if this method will be applied to other positions in the foreign ministry as well. Considering that the region is full of crises and tension, the foreign policy making mechanism necessitates some form of creativity and preparedness at the same time.

Western media hears what it wants to hear about Turkey
Previous

New era of democratic governance and development
Next
Loading...
Loading...
We use cookies to ensure that we give you the best experience on our website. If you continue to use this site we will assume that you are happy with it.Ok