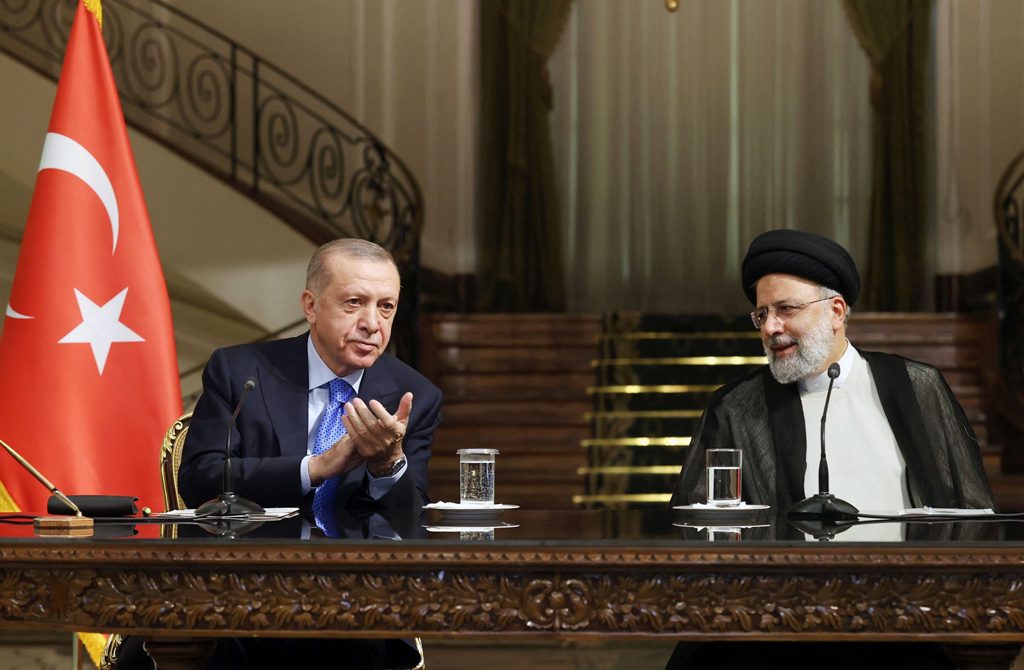 What kind of Türkiye does Iran prefer? Which Türkiye can satisfy Iranian regional expectations?

President Recep Tayyip Erdoğan paid an official visit to Iran on July 18-19 at the invitation of Iran’s President Ebrahim Raisi. This was Erdoğan’s first visit to Iran since the formation of the Raisi government. As a matter of fact, due to the high tension between the two countries, there have been no high-level visits for the last five years. For example, Erdoğan’s last visit to Tehran was in 2018. The two sides have postponed several planned visits.

Therefore, Erdoğan’s visit was an important development for both sides. There were two main dimensions to Erdoğan’s visit. The first dimension was the bilateral relations between Türkiye and Iran. Erdoğan and Raisi co-chaired the seventh meeting of the Türkiye-Iran High Level Cooperation Council in Tehran on July 19. The two presidents and their accompanying ministers discussed not only the current status of bilateral relations and regional developments but also potential steps to be taken to improve bilateral cooperation between the two neighbors.

Ankara and Tehran have agreed to extend the gas supply for another 25 years and to increase bilateral trade to $30 billion. Eight memoranda of understanding were signed in the political, economic, cultural and sports fields in order to improve bilateral relations in technical, economic and security issues. The emphasis on cooperation in the defense industry was very important.

The second dimension of the visit was the seventh trilateral summit meeting in the Astana format. Erdoğan, Raisi and Russia’s President Vladimir Putin exchanged views about the recent developments in Syria like the fight against terrorist organizations, the political resolution process, the humanitarian situation and the return of Syrians to their homes. In addition, Erdoğan held a bilateral meeting with Putin on the sidelines of the summit. They also discussed many bilateral and regional issues.

No significant decisions were made during the trilateral summit. The three states have agreed to disagree on the Syrian issue. While Türkiye asserted that it will struggle against the terrorist organizations in northern Syria, Iran and Russia declared their opposition to Türkiye’s demand. However, the parties have agreed to continue the diplomatic dialogue.

When we look at the results of the visit, we see that Iran has been continuing its pessimistic policy toward Türkiye. The explanations offered during the visit, especially those by Raisi, were generally positive. The Iranian side, both Supreme Leader Ayatollah Ali Khamenei and President Raisi, underlined the potential expansion of economic cooperation between the two countries. Raisi stressed that Erdoğan’s visit was an “important turning point” in improving bilateral cooperation and that it contributed to the “consolidation of bilateral relations.” Furthermore, Raisi pointed out that the cooperation between the two countries would contribute to regional security and stability.

However, in spite of all these positive remarks made by Raisi and other officials, Iran has still been following incomprehensible policies toward Türkiye. When looking closely, we see that Iran has many concerns about Türkiye’s regional policy. For instance, Iran raises concerns about the normalization process between Türkiye and Israel. Iran does not want Türkiye, or any other regional state, to normalize their relations with Israel, with which Iran has a zero-sum relationship.

Similarly, Iran is concerned about the new regional dynamics in the South Caucasus after the Second Karabakh War, after which Azerbaijan and Türkiye formed a military alliance. Iran does not want Turkish-Azerbaijani dominance in the region and therefore maintains its cooperative relations with Armenia.

Iran strongly opposes Türkiye’s military presence in Iraq and Syria. Although Türkiye has sent military troops to these two countries in order to target terrorist organizations threatening its national security and territorial integrity, Iran has been calling on Türkiye to withdraw its troops from these states. However, the same Iran has been increasing its political and military presence and even partially controlling the political field in these two countries. There are many pro-Iranian proxy non-state actors which have been targeting Turkish military bases and political missions.

Iran has been complaining about Türkiye’s cooperation with the Kurdistan Regional Government (KRG), controlled by the Masoud Barzani-led Kurdistan Democratic Party (KDP). Ironically, reacting to this cooperation, Iran has been cooperating with leftist opposition Kurdish political actors.

Recently, many Iranians including some officials and media outlets have begun to criticize the construction of irrigation dams inside Türkiye, claiming that these dams cause drought in Iran. In other words, these Iranian actors complain about the very domestic developments within Türkiye.

We can extend these Iranian concerns to Türkiye’s relations with many other actors such as the Arab countries and the Western world. Iran has been raising its concern about the Turkish-Western alliance or the Turkish-Arab cooperation in the region. As a matter of fact, Iran has been opposing Türkiye’s regional influence. That is, even if Türkiye acts by itself in the region, Iran is determined to oppose it. Even more interesting, Iran declines Türkiye’s offers to cooperate and work together on regional issues.

Then, the question is: What kind of Türkiye does Iran prefer? Which Türkiye can satisfy Iranian regional expectations? The answer is as follows: It seems that Iran is confused about Türkiye’s role in the region. Opposition to all regional cooperation processes and normalization efforts is counterproductive. The otherization of the Turkish, Arab and Western worlds simultaneously always brings heavy costs to the Iranian state and people.

Türkiye and Iran are two interdependent countries that make up the backbone of regional stability. It is obvious that the two countries cannot maximize their national interests by otherizing one another. Therefore, there is no way out but to improve relations with the rest of the region and follow an inclusive regional policy. They have to try to develop a win-win bilateral relationship and prioritize their common interest areas. The two states must base their bilateral relations on a rational basis. Otherwise, they will continue to spend their limited energy trying to neutralize one another’s conflictual policies.

The clue Erdoğan shared at Ibn Haldun University
Next
Loading...
Loading...
We use cookies to ensure that we give you the best experience on our website. If you continue to use this site we will assume that you are happy with it.Ok