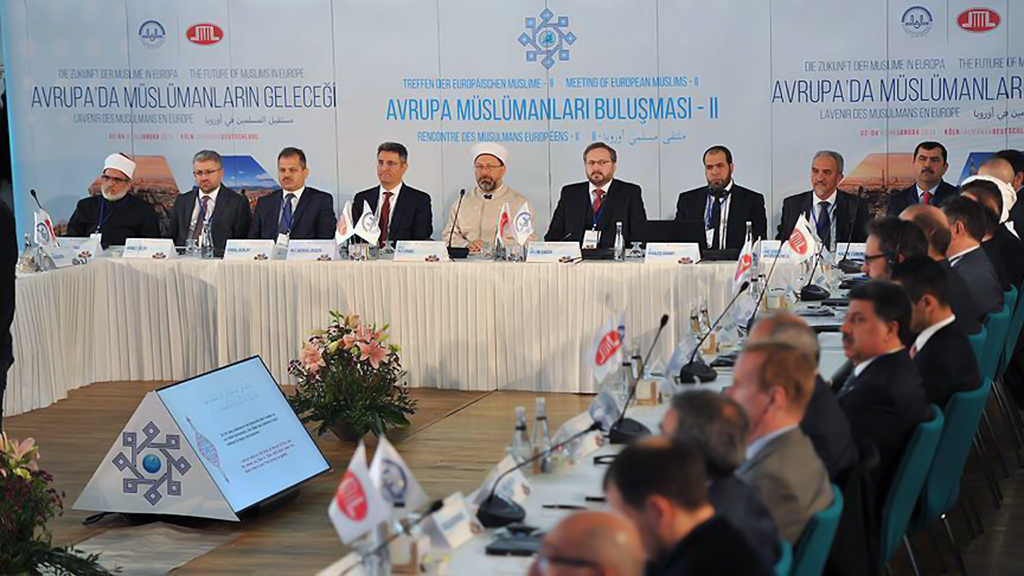 Islam is religion of peace: Head of Turkey’s Diyanet

Islam is a religion of peace that defends universal values, Ali Erbas, the head of Turkey’s Religious Affairs Directorate, said on Wednesday.

“Islam is a religion of peace that defends and tries to keep the same universal values alive all over the world,” Erbas said at the opening ceremony of 2nd meeting of European Muslims in the German city of Cologne.

“The recent increase in racial movements and anti-Islamic discourses and actions in Europe threaten the multiculturalism of Europe, the culture of living together, peace and tranquility,” he added.

The US exit strategy from Iraq to Syria
Previous

Political settlement on the horizon for Syria
Next
Loading...
Loading...
We use cookies to ensure that we give you the best experience on our website. If you continue to use this site we will assume that you are happy with it.Ok