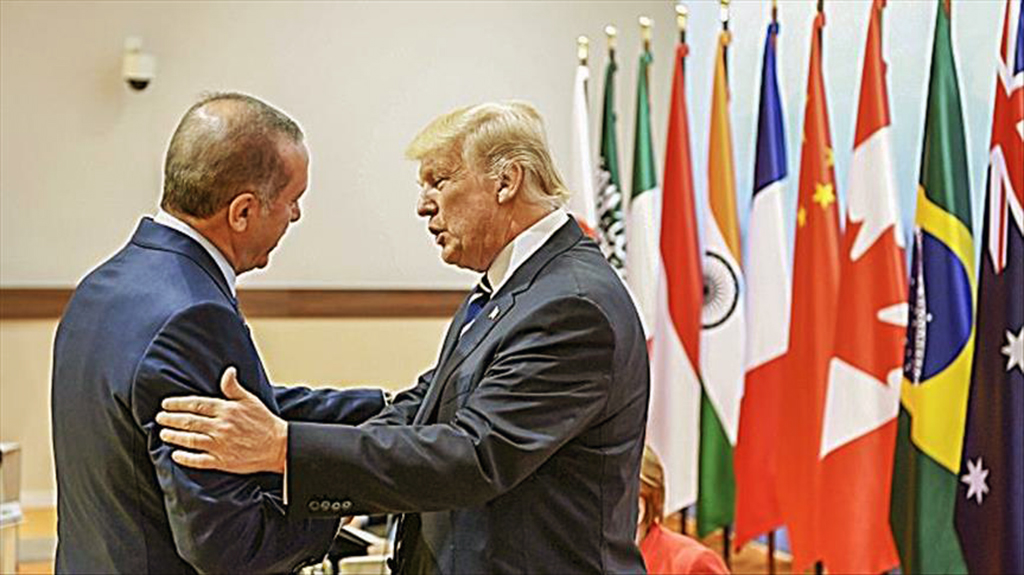 Is there a chance to better Ankara-Washington ties?

The Turkey-U.S. relations can get better if Washington takes measure against terror threats to its NATO ally

The crisis between Turkey and the U.S. regarding discrepancies in statements made after U.S. President Donald Trump’s phone call with President Recep Tayyip Erdoğan was probably one of the most critical developments in the downward spiral of the countries’ bilateral relations. The two countries were already experiencing deteriorating relations following the inconsistent statements from different U.S. agencies concerning the border protection force. The Afrin operation of the Turkish Armed Forces (TSK) and Turkey’s stance on the People’s Protection Units’ (YPG) presence in Manbij demonstrated two additional issues.

First of all, yes, Ankara was very serious about the YPG presence on its border, both east and west of the Euphrates, and the fact that the operation was a surprise for Washington demonstrated a lack of understanding about the seriousness of the situation. Turkey’s use of hard power definitely changed this approach. Second, after the defeat of Daesh in Raqqa, Turkey expected the U.S. to keep its promises regarding the YPG. Manbij was only the first issue. Eventually, Ankara wanted to see U.S. action following the Raqqa operation. The conversation between the two presidents following the beginning of the operations was followed by a readout crisis. In the weeks following this readout crisis, high-level officials from Ankara and Washington held meetings to fix the state of relations between the two countries.

A few days later, presidential spokesman İbrahim Kalın met with Trump’s National Security Adviser H.R. McMaster, Defense Minister Nurettin Canikli met with U.S. Secretary of Defense James Mattis in Brussels and Foreign Minister Mevlüt Çavuşoğlu met with U.S. Secretary of State Rex Tillerson in Ankara. The meetings all ended with statements reaffirming the strategic nature of relations between Turkey and the U.S. For many, these three meetings were a pause in the deterioration of relations. The establishment of different working groups in three critical issues in Turkish-U.S. relations was considered a possible step forward. There will be a challenging process for these groups considering the seriousness of the situation for both countries. However, while these groups deal with challenging tasks, several issues need to be addressed to achieve the desired outcomes and fix ties.

First of all, promises will not work without action. Erdoğan’s statements have demonstrated that Ankara is truly frustrated with the U.S.’s verbal promises and rhetorical reassurances. The Turkish public is also watching this new attempt closely. Trust is at an all-time low. Meaningful U.S. action acknowledging Turkey’s concerns is needed to revive the strategic partnership. A step in Manbij would give the aforementioned mechanism time as well as the relations a respite at this critical time and make way for a timetable for future steps that carry meaning and weight.

Second, relations are sensitive and have been constantly damaged by conflicting statements from different U.S. agencies. Statements on the YPG in particular generated serious doubt about U.S. policy. In this process of fixing ties, these conflicting statements, provocative tweets and pictures could derail the process. It is the U.S.’s responsibility to provide a unifying statement regarding its policies. Likewise, if there is a statement that is misspoken, misdescribed or misportrayed, the U.S. administration needs to take the necessary steps to repair it and prevent it from happening again.

Third, Turkey is still conducting Operation Olive Branch in Afrin. The operation has the support of the majority of people in Turkey and is considered very critical for the country’s national security. The YPG’s rocket attacks from Afrin targeting Turkish towns across the border vindicate Ankara’s legitimate security concerns. Last week, the Syrian Democratic Forces (SDF) announcement of a possible cross border attack, regardless of whether it happens or not, shows the imminent danger Turkey faces from east of the Euphrates, as well. Allies support each other in the fight against terrorism. Thus, in this critical fight, statements of support for Turkey would be an important step to alleviate the crisis.

It is true that Turkey and the U.S. have a multidimensional relationship that includes different areas of cooperation in the Middle East, Balkans, Afghanistan and other parts of the world. However, the seriousness and sensitivity of the PKK and the fight against terrorism for Turkey and the U.S. military assistance to the YPG brought the issue to an extremely critical place. The Afrin operation has demonstrated Turkey’s determination on the issue. Washington seems to understand this. There is a chance to turn the crisis into an opportunity, but it depends on the understanding of Ankara’s sensitivities.

Geo-economics of energy in the Eastern Mediterranean
Previous

Would the EU dare to lose Turkey's partnership?
Next
Loading...
Loading...
We use cookies to ensure that we give you the best experience on our website. If you continue to use this site we will assume that you are happy with it.Ok