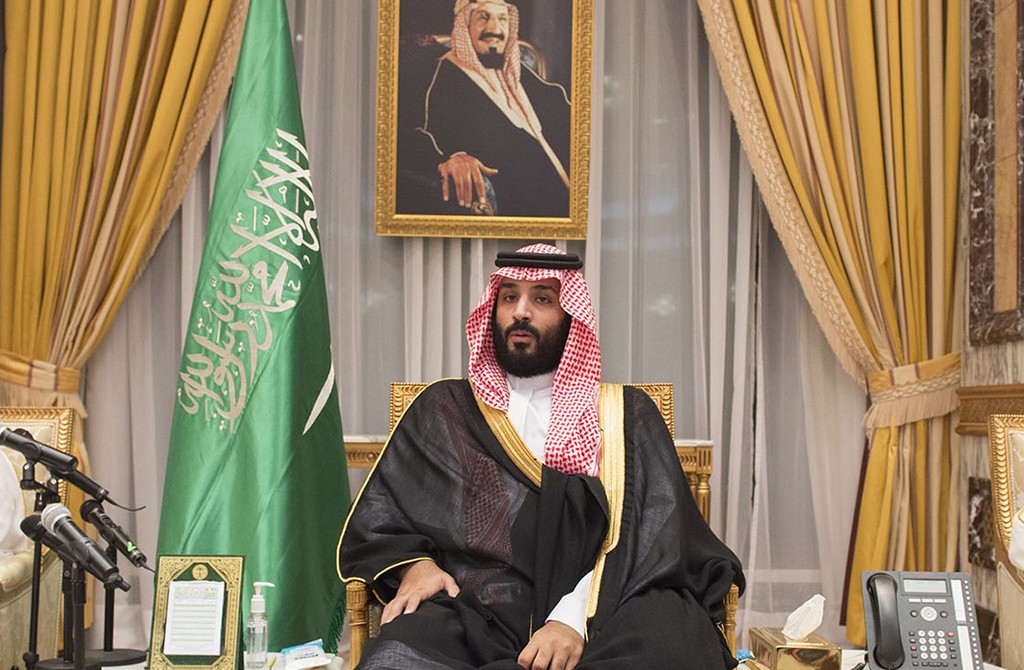 Is ‘Moderate Islam’ just another Way of saying Arab Nationalism?

In particular, the successive U.S. administrations made it clear that their quest to promote "moderate Islam" was ingenuine at four points:

Saudi Crown Prince Mohammed bin Salman’s recent pledge to “return Saudi Arabia to moderate Islam” was motivated by regional considerations rather than domestic needs. My sense is that Riyadh is making ideological preparations for a new stage in the Saudi Arabia-Iran rivalry.

In my most recent column, I had pointed out that efforts to revive the “moderate Islam” discourse were intended to identify Iran as the main sponsor of all forms of extremism. After all, it has been quite some time since the original, U.S.-backed “moderate Islam” project ran aground, as Washington turned its back on the goal of transforming and democratizing political Islam after the 9/11 terrorist attacks. As such, Mohammed bin Salman’s words amount to nothing more than an effort to rebrand “Arab nationalism” as “moderate Islam” – mainly to contain Iran and, even, Turkey.

Before focusing on this new wave of nationalism, let us first engage the question of why Washington’s “moderate Islam” policy failed in the first place. For a long time, Washington’s plans to create a “moderate, democratic brand of Islamism” primarily focused on promoting “harmony with the West.” In other words, the representation of popular demand in the political arena was always placed on the back burner. Therefore, the policy was could not go beyond keeping Islamic movements under control. In the end, everybody went back to repressing democratic demands in Muslim societies. And, of course, the Obama administration drove the final nail in the coffin of the “moderate Islam” project by letting the Arab Spring sour into winter.

In particular, the successive U.S. administrations made it clear that their quest to promote “moderate Islam” was ingenuine at four points.

1. The United States failed to recognize the results of the 2006 election in Gaza, which Hamas won by a landslide.

2. In Egypt, Washington supported the violent overthrow of the country’s first elected president Mohammed Morsi and the Muslim Brotherhood by Gen. Abdel-Fattah el-Sissi.

3. U.S. officials have been trying to identify the AK Party and President Recep Tayyip Erdoğan, a vocal critic of the Western-centered world system’s injustice who puts Turkey’s national interests first, as “radical-fascist Islamist.”

4. Although it became clear that the Gülenists, who presented themselves as advocates of “dialogue” and “tolerance,” were actually members of a terrorist organization and proxies for various intelligence services, the United States did not stand in solidarity with Turkey.

These cases make you think that any mention of “moderate Islam” marks the beginning of a new project or initiative. It would appear that the most recent regional plans will entail some type of rapprochement between Saudi Arabia and other Gulf nations, and Iraq on the basis of Arab identity. The proponents of the new plan would like to play down the separation between Salafists and Shiites in order to highlight the divisions between Arabs and Persians. As such, they hope to ensure that Iran will be contained in Iraq and elsewhere in the Arab Middle East.

Let us recall that U.S. Secretary of State Rex Tillerson recently urged the Shiite militias in Iraq to “go back home.” Last Thursday, he called on Iraq to resist Iranian influence from Geneva, “Iraqis are Arab. Iraqis are not Persian. So whether it’s Iraqi-Sunni or Iraqi-Shiite, it’s Iraqi-Shiite Arabs. They’re not Persians. I think. [what] the Saudis are keen to achieve is a reconnection with their long-standing tribal brothers.”

Mr. Tillerson has also reportedly encouraged his Saudi counterpart, Adel Al-Jubair, to reconnect with his “Arab brothers in Iraq.” After all, the Saudi-Iran rivalry rests firmly on the polarization between Wahhabi and Shiite ideologies. If the rivalry continues to play out on the same ideological plane, Shiite solidarity, which favors Iranian interests, will triumph over Arab fraternity – which is why a new brand of Arab nationalism, served with a side of “moderate Islam,” is considered necessary.

Turkey's balancing role in Iraq
Next
Loading...
Loading...
We use cookies to ensure that we give you the best experience on our website. If you continue to use this site we will assume that you are happy with it.Ok