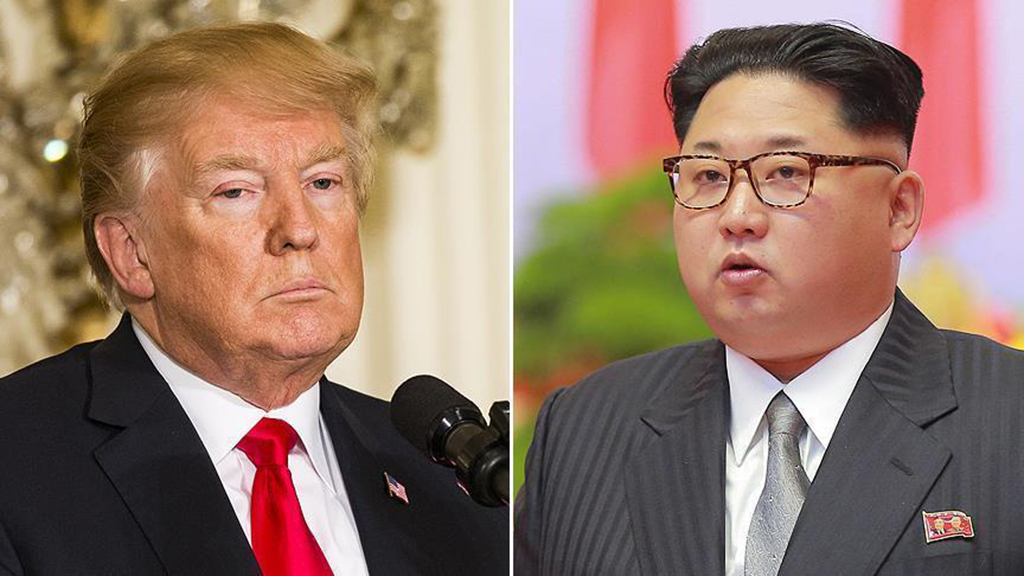 As the new site of international hegemonic competition, East Asia perfectly reflects the multipolar character of the global system

While endemic instability, civil strife and proxy wars continue unabated in critical conflict zones such as the Middle East and Latin America, the focus of international public opinion has recently shifted to Northeast Asia thanks to the rapprochement between the U.S. and North Korea. Given the strong exchange of words between U.S. President Donald Trump and North Korean President Kim Jong Un just months ago, the speed at which diplomatic preparations were launched for a leader’s summit was truly astonishing for many international observers.

East Asia, specifically relations with North Korea, constitutes perhaps the only issue in foreign policy in which Trump attempted to take a constructive attitude toward global peace and stability.

Otherwise, he is renowned as a militant realist trying to maximize U.S. power and influence in an anarchic world by fueling geopolitical tensions and arms races; destabilizing conflict zones, such as the Middle East by disregarding international law and civil freedom; and blatantly damaging free trade by imposing protectionist measures against specifically selected countries. He is also known to be an ardent supporter of disengagement from regional integration projects such as the North American Free Trade Agreement (NAFTA) and the Trans-Pacific Partnership (TPP), while promoting an approach of strategic rebalancing toward China to delay a potential decline in the global hegemonic role of the U.S.

In this vein, most of the strategic and tactical steps taken by the Trump administration so far in foreign policy and economic management were motivated by a deep skepticism about hegemonic rivals as well as a desire to lower the costs of maintaining public goods required for global safety and stability.

In line with this trend, how can one explain the sudden U-turn in Washington for relations with North Korea and the inception of a rapid rapprochement with Pyongyang in tandem with the resumption of peace talks between the North and South?

After all, the recent policy line adopted toward North Korea – which was labeled by the U.S. as the poster child of rogue states in the world for over five decades – constitutes a crucial exception in current U.S. foreign policy.

Successive U.S. presidents accused North Korea of pursing a nuclear weapons program; constructing and exporting ballistic missiles; sponsoring terrorist acts; participating in international drug trade and counterfeiting; organizing cyber espionage; and posing a continuous threat to U.S. interests and allies. But at the same time, both Republican and Democrat administrations developed a habit of experimenting with a policy of engagement to form communication channels with Pyongyang and thwart its objectionable actions. This controversial policy of engagement, which was particularly associated with the Bill Clinton administration, has gradually turned into an integral part of Washington’s policies as its attraction has been compelling for a cross-section of mainstream Democrats and Republicans and the latest political trends in Northeast Asia, i.e. the rapprochement between North and South Korea, helped to reinforce its positive logic.

The election of South Korea’s President Moon Jae-In last year on a political platform concentrating on a rapprochement with North Korea and enduring peace triggered a profound transformation in regional dynamics. The historic meeting of Moon and Kim in the demilitarized zone, which represents one of the few remaining remnants of the Cold War, was followed by the signing of the Panmunjom Declaration on April 27 and constituted a crucial milestone in the process.

Both sides have agreed to halt hostility and pledged to pursue multilateral talks to formalize a lasting peace treaty within a year. The U.S. actively came into the diplomatic stage through the critical visit of U.S. Secretary of State Mike Pompeo to Pyongyang where he met with Kim and secured the release of three U.S. citizens who were imprisoned there for anti-North Korea activities.In an effort to impose his statute on Northeast Asia as the global leader who resolved the decades- long Korean conflict and brought enduring peace, Trump tried to organize a hastily conjured up leader’s summit with Kim. But despite months of positive diplomatic dialogue between Washington, Seoul and Pyongyang, the idea of a summit became dangerous as Trump neglected the sensitive geopolitical dynamics and diplomatic protocols of East Asia by failing to consult either Beijing or Moscow in due course. While Trump was busy trumpeting his great achievement, Kim made his first visit abroad to meet with Chinese President Xi Jinping and receive China’s comprehensive reservations about a peace deal that will be prepared in their absence.

As the major player dominating the region, China is determined to thwart the increasing American influence in the region and demonstrated that it has the means to prevent developments at their expense. To make things even more complicated for the U.S., Russia also entered the picture with Russian Foreign Minister Sergey Lavrov meeting with Kim in Pyongyang and inviting him to Moscow. As a flurry of diplomatic efforts continued between Pyongyang, Seoul and Washington to restore the schedule for a potential Trump-Kim summit, Russia was reminding the global and regional players that it wants to get involved in the formation of a new regional geopolitics in East Asia.

As the new site of international hegemonic competition, East Asia perfectly reflects the multipolar character of the global system. There are major players with the military, diplomatic and economic capacities to block each other’s unilateral initiatives; but none of them can determine the future of the region singlehandedly. Any grand project, including that of the Korean peace agreement, must be jointly sponsored and supported by the leading global and regional powers to ever have a chance of being sustainable in the long term.

Lose-lose game for US and EU
Previous

Saving the HDP from marginalization
Next
Loading...
Loading...
We use cookies to ensure that we give you the best experience on our website. If you continue to use this site we will assume that you are happy with it.Ok