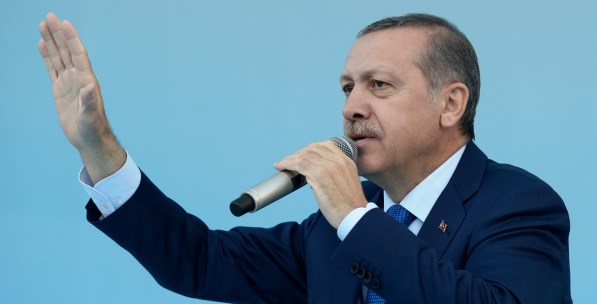 Since December 2013, there has been an increasing power struggle in Turkey between two former allies, the Gülen Movement and the ruling AK Party. 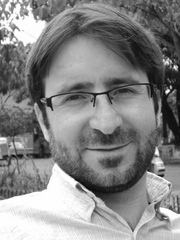 Since December 2013, there has been an increasing power struggle in Turkey between two former allies, the Gülen Movement and the ruling AK Party.

As the country geared up for local elections, which took place on March 30, 2014, this struggle turned into a zerosum game. Each side seemed determined to eliminate the other. The result of the elections, which the AK Party emerged from as the clear winner, gaining more than 45 percent of the vote, did not put an end this zero-sum game. Now it is expected to accelerate further.

While the possible repercussions of this fierce struggle at the domestic level are very important and will be clearer now in the post-election process, this skirmish is likely to have some foreign policy implications as well. As of now, there are at least two possible outcomes and implications at the foreign policy level. One is related to Turkey’s Africa policy and the other one is related to Turkey-Israeli relations.

Ankara has been developing an opening up strategy since 1998 in Africa. In last decade, Prime Minister Recep Tayyip Erdoğan’s government pursued a policy that deepens Turkey’s involvement in Africa in many aspects. Trade relations increased by more than four-fold from $4 billion (TL 8.54 billion) to $18 billion (TL 38.4 billion) with Africa. Turkey’s development aid to the continent increased to $250 million in 2012, and most importantly in order to deepen political relations and institutional aspect, Turkey opened 22 new embassies in African countries, in addition to existing 12 embassy in 2003.

Apart from these developments, one of the most critical faces of Turkey’s Africa opening was based on the contribution of civil society in this process.

The Gülen Movement has been one the key actors through its affiliated civil society organizations to further these relations. The movement is believed to have most of its global schools, totaling nearly 1,000, in Africa, which were established before Turkey followed an opening policy. TUSKON, a business association with close ties to Gülen Movement, has not only been organizing Turkey-Africa Bridge meetings since 2005, but also take its members to many African countries to introduce them to new business opportunities.

The ongoing struggle in Turkey has put the Gülen Movement in a corner as the local elections gave a boost to Erdoğan. As he hinted in his victory speech, there is an expectation to decisively limit the activities of Gülenists in Turkey.

All these developments so far and the expected actions by the Erdoğan government are likely to create momentum that Gülenist will focus on in Africa, where they have much stronger support and organizations base compared to other regions. Gülenist businessmen may transfer their investments to Africa as a natural result of this ongoing struggle in Turkey.

It was even reported that Fethullah Gülen himself may consider moving to South Africa, and there has already been some arrangement in that sense.

South Africa has been one of the most powerful organizational bases for Gülenists in Africa, and there are several thousand sympathizers of Gülen living as students, teachers and businessmen in South Africa.

This intensifying power struggle in Turkey and several preparations by Gülenists indeed indicate that Turkey’s Africa opening will be more strengthened and deepen in coming years, both in trade and at the political level.

The second foreign policy implication is likely to be on Turkey-Israeli relations. Erdoğan now feels that he is cornered by many both inside and outside.

Especially after the Gezi Park protests in summer last year, not only was Erdoğan’s image tarnished profoundly but also opposition to him gained momentum.

The fierce struggle with Gülenists has only been the latest and perhaps the most critical one.

Many in Turkey see that normalizing relations with Israel may upgrade Erdoğan’s hand in this struggle. Such a move would be import

After the successful publication of its summer issue, Insight Turkey is organizing a panel discussion on the transformation of Turkey’s Defense Industry. The panel will feature three intellectuals from our latest issue, Michaël Tanchum, Arda Mevlütoğlu and Can Kasapoğlu who analyze different perspectives on the changing patterns of Turkey’s military strategy and underline the factors that led to the remarkable evolution of its Defense Industry. Moderated by Murat Yeşiltaş, this Wednesday 30 September 2020 at 5:00 P.M. (Local Time in Turkey), we cordially invite you all to join us!