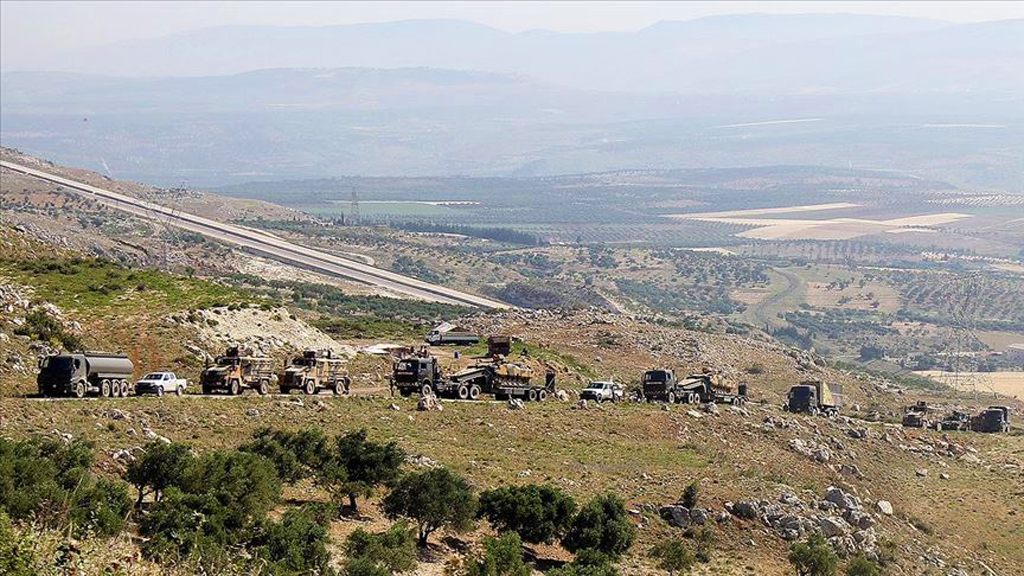 For Turkey, leaving Syria is more dangerous than staying

The second half of September will be a busy season. Turkey, Russia, and Iran will hold a trilateral summit on Sep. 16. Five days later, Turkish President Recep Tayyip Erdoğan will fly to New York for the U.N. General Assembly's opening session.

The second half of September will be a busy season. Turkey, Russia, and Iran will hold a trilateral summit on Sep. 16. Five days later, Turkish President Recep Tayyip Erdoğan will fly to New York for the U.N. General Assembly’s opening session. The situation in northern Syria, meaning the fate of Turkey’s agreements with Russia on Idlib and with the U.S. on the east of the Euphrates will be on his agenda. In recent weeks, there has been an increase in Russian and Assad regime air raids in Idlib. Tensions further escalated as tens of thousands of civilians rushed to the Turkish-Syrian border and Turkish observation posts came under fire. By carrying out airstrikes in Idlib over the weekend, the U.S. demonstrated its eagerness to stay relevant there. Speaking to Russian President Vladimir Putin last Tuesday, Erdoğan urged his counterpart to compel the Assad regime to comply with the Sochi agreement.

Regarding the proposed safe zone in northern Syria, the Turkish leader conveyed a clear message to Washington in an address to the graduating class of the War College: “We will implement our own operation unless Turkish troops are in control of the area within the next few weeks.”

On the sidelines of the U.N. General Assembly, Erdoğan will meet U.S. President Donald Trump in an attempt to facilitate a new rebalancing of the Idlib-east of Euphrates pendulum.

I refer to a pendulum here because Turkey finds itself in a difficult situation with two great powers in northern Syria. The equilibrium, which emerged out of the Astana process, remained intact thanks to a combination of the Turkish military presence and intelligence operations on the ground, and leader-to-leader diplomacy at the negotiating table.

The situation, however, is susceptible to rapid and dramatic change. The spirit of agreements tends to change according to other stakeholders’ moves. Any development on one side of the region influences the opposite. There is plenty of room for faits accomplis as well. Hence the efforts by all sides to make new moves and redefine the nature of their “dynamic agreements” with the rest.

Ankara’s objective is to stop the pendulum from swinging uncontrollably, without experiencing a military escalation with Russia or the U.S. In other words, Turkey wants to uphold the cease-fire in Idlib to stop the bloodshed and prevent additional refugees from being swept towards its border with Syria. At the same time, the Turks seek to block the regime’s attempts to annihilate the Syrian opposition. In the area east of the Euphrates, in turn, Ankara wants to stop the PKK’s Syrian affiliate, the People’s Protection Units (YPG) from forming a state-like entity – and eliminate the group altogether down the road.

Russia and the Assad regime aim to seize control of Idlib, like so many opposition strongholds before. They not only ignore the threat of millions leaving the country – they actively encourage it. Their calculus is simple: The Nusayri minority, they believe, can rule Syria with greater ease if half the country’s population ends up elsewhere.

The U.S., in turn, wants to remain in control of the YPG to claim its seat at the negotiating table. To make progress amid so many conflicts of interest is obviously a huge challenge. Let us recall, however, that Washington’s 2013 move to prolong the Syrian civil war and subsequently allow Russia to get in the driver’s seat shaped today’s realities in the conflict zone.

In military terms, Turkey was not involved in the situation until after the July 15, 2016 coup attempt failed. Since then, the Turkish military tore the YPG’s “terror corridor” to pieces and helped the Syrian opposition hold on to Idlib.

Seeing the challenges ahead in northern Syria, some observers jump to the conclusion that Turkey’s only option is to make peace with the Bashar Assad regime. In other words, they want the Turkish government to surrender Idlib, directly, and the east of the Euphrates river, indirectly, to Damascus as a quick fix.

The balance of power, along with each stakeholder’s policy, underwent drastic changes since the Syrian civil war kicked off. Turkey’s policy, too, can (and does) change. Yet circumstances dictate that the country keeps managing the Idlib-east of Euphrates pendulum. Ankara must stick to striking a healthy balance in its relations with Russia and the U.S.

Withdrawing from northern Syria won’t stop millions of additional refugees ending up in Turkey or neutralize the YPG threat. For both reasons, Turkey is compelled to keep boots on the ground. Moreover, leaving Syria weakens Ankara’s hand in the Eastern Mediterranean and renders it more vulnerable to other regional challenges.

At this time, the risks of stepping out of the equilibrium indisputably outweigh the problems of remaining a part of it.

Fear of a looming crisis in Lebanon
Previous

PKK's dirty gamble with Kurdish youth
Next
Loading...
Loading...
We use cookies to ensure that we give you the best experience on our website. If you continue to use this site we will assume that you are happy with it.Ok