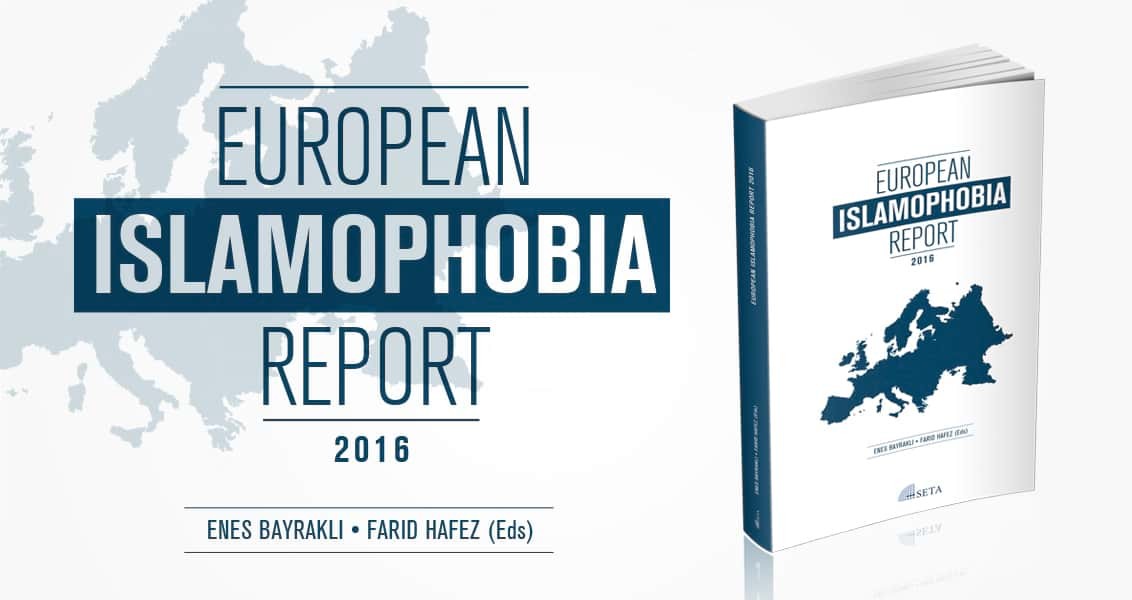 This is the second edition of the annual European Islamophobia Report (EIR) which was presented for the first time in 2015.

This is the second edition of the annual European Islamophobia Report (EIR) which was presented for the first time in 2015. New countries are included in this year’s EIR; while 25 countries were covered in 2015, the report for 2016 includes 27 country reports. EIR 2016 is the result of 31 prominent scholars who specialise in different fields such as racism, gender and Islamophobia Studies. In the years to come we will attempt to include more countries in our report. Our final aim is to cover and monitor the developments of Islamophobia in all European countries.

Islamophobia has become a real danger to the foundations of democratic order and the values of the European Union. It has also become the main challenge to the social peace and coexistence of different cultures, religions and ethnicities in Europe. The country reports of EIR 2016, which cover almost all the European continent from Russia to Portugal and from Greece to Latvia, clearly show that the level of Islamophobia in fields such as education, employment, media, politics, the justice system and the Internet is on the rise. Since the publication of the last report there is little improvement. On the contrary, one can see from the country reports that the state of democracy and human rights in Europe is deteriorating. Islamophobia has become more real especially in the everyday lives of Muslims in Europe. It has surpassed the stage of being a rhetorical animosity and has become a physical animosity that Muslims feel in everyday life be it at school, the workplace, the mosque, transportation or simply on the street.

The refugee movement and the turmoil it has created in Europe, the unprecedented rise of far right parties all across the continent and the UK’s Brexit decision, which took many by surprise, have revealed the importance and relevance of this report, which covers incidents and developments in 2016. The short-term political significance of Islamophobia is as much relevant as Islamophobia’s structural dimension. As mentioned before, small successes can be witnessed in some European countries yet great challenges lie ahead for deepening the values of human rights and freedom of religion in Europe.

* The whole European Islamophobia Report 2016 and the seperate country reports can be downloaded at www.islamophobiaeurope.com

Threatening Turkey with FETÖ will Only Backfire
Previous

The Policy of the YPG in Syria Is Controversial
Next
Loading...
Loading...
We use cookies to ensure that we give you the best experience on our website. If you continue to use this site we will assume that you are happy with it.Ok