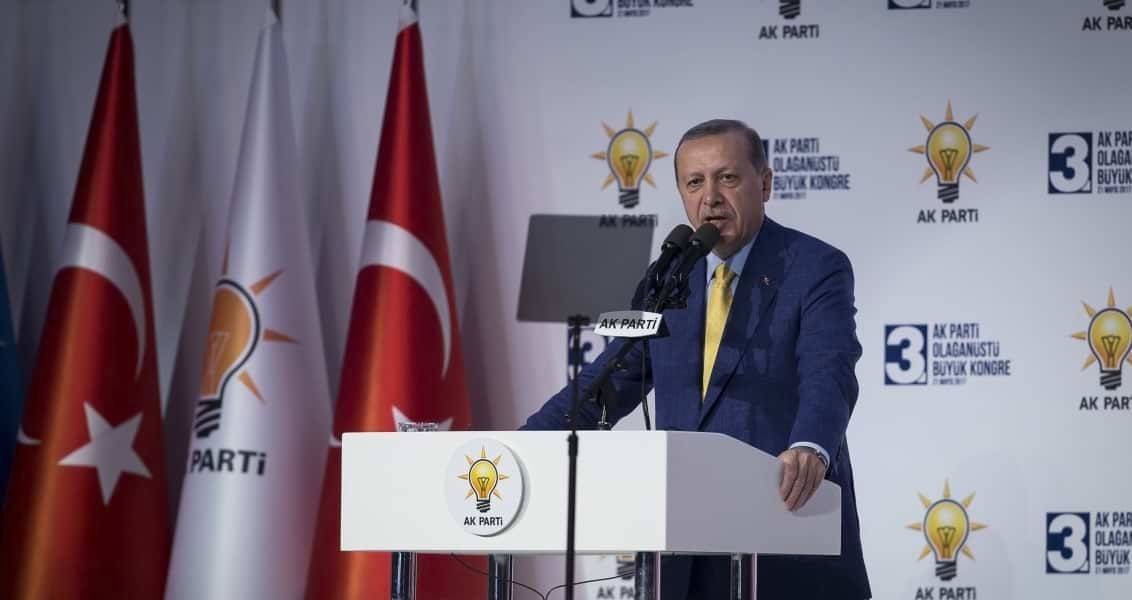 The AK Party has taken sufficient courage from President Erdoğan's return, feeling more confident to renew itself with new reforms for the future of Turkey

The AK Party’s Third Extraordinary Congress on Sunday reunited the movement around its founding leader. This new position, which no politician in the multi-party period had been able to attain, provides an opportunity for revival and reconstruction. At the same time, it marks the height of President Recep Tayyip Erdoğan’s power. Having governed Turkey as prime minister and president for 15 years, he now has the ability to predict what’s ahead – at least until the 2019 election.

The AK Party congress also represented the reunification of a politician, who overcame a number of challenges over the years by appealing to the people, with the masses. Obviously, this new situation heightens the population’s expectations and carries the movement in a new direction – which President Erdoğan acknowledged in his address. The 105-minute speech, which provided a summary of the movement’s track record and road map for the future, identified Turkey’s ultimate goal as climbing “above the level of contemporary civilizations” in a nod to Mustafa Kemal Atatürk. To accomplish this goal, Erdoğan said, his movement would keep working hard and continue to implement key reforms.

In addition to making a firm commitment to embracing all 80 million Turks, treating everyone like a first class citizens and combating discrimination, the president’s historic address also reflected his determination to remain true to the movement’s roots. But it was the following section that drew the most praise from the audience: “Whether they prevent our party from entering Parliament as they did on Nov. 3, 2002, whether they try to shut down our party as they did in 2008, whether they turned the streets upside down as in 2013, whether they perpetrate coup attempts as they did on July 15 and try to take our lives… Whatever they do, we will not backtrack on our path.”

Effectively communicating with voters and the party base has always been the core of Mr. Erdoğan’s brand of politics. Over the years, he forged a new political identity around the idea of “struggle.” The idea of struggle doesn’t just refer to a set of ideas, a commitment to public service, willingness to knock on doors and to stand behind one’s ideals. It also stands for reform. To be clear, reformism is not necessarily limited to the democratic reforms of the 2000s. Instead, it is a broader concept that encompasses the constant need to adapt – a crucial skill in Turkey’s ever-changing political and economic landscape.

To be clear, the ability to survive the political turmoil following 2013 cannot be separated from the AK Party government’s commitment to reform. At a time when public institutions are strained by the ongoing fight against three terrorist organizations – Daesh, the PKK and the Gülenist Terror Group (FETÖ) – strengthening them is an integral part of the reform agenda. Again, the restructuring of the executive branch as part of the transition to presidentialism has been at the top of the agenda. Likewise, Turkey’s cooperation with prominent players in the international arena, such as the United States, the European Union, Russia and China, would be part of the same plan.

Moving forward, the idea of reform will play an important role within the AK Party – which needs to rise to two challenges at once: Over the next few months, the government must pass laws to facilitate the transition to the presidential system in 2019. At the same time, public institutions, which have been worn out by the prolonged struggle against the military guardianship regime, ought to be rebuilt and reconstructed. In order to accomplish this goal, the counter-terrorism campaign must reach a point of no return over the next year in order to make way for a period of social reconstruction.

Simply put, the AK Party’s future and Erdoğan’s path must reflect a healthy balance between struggle and reform. Having zero tolerance to any decline in his movement’s electoral performance, Mr. Erdoğan the chairman will reinvigorate the party organization and mobilize the youth movements. Meanwhile, the ability of voters to communicate their problems directly to the top gives Mr. Erdoğan a whole new opportunity to ensure perpetual renewal of the party organization – which could be just what distinguishes the AK Party from prominent center-right movements of the 1980s and 1990s.

Will NATO Summit Allow for Global Struggle against Global Terrorism?
Next
Loading...
Loading...
We use cookies to ensure that we give you the best experience on our website. If you continue to use this site we will assume that you are happy with it.Ok