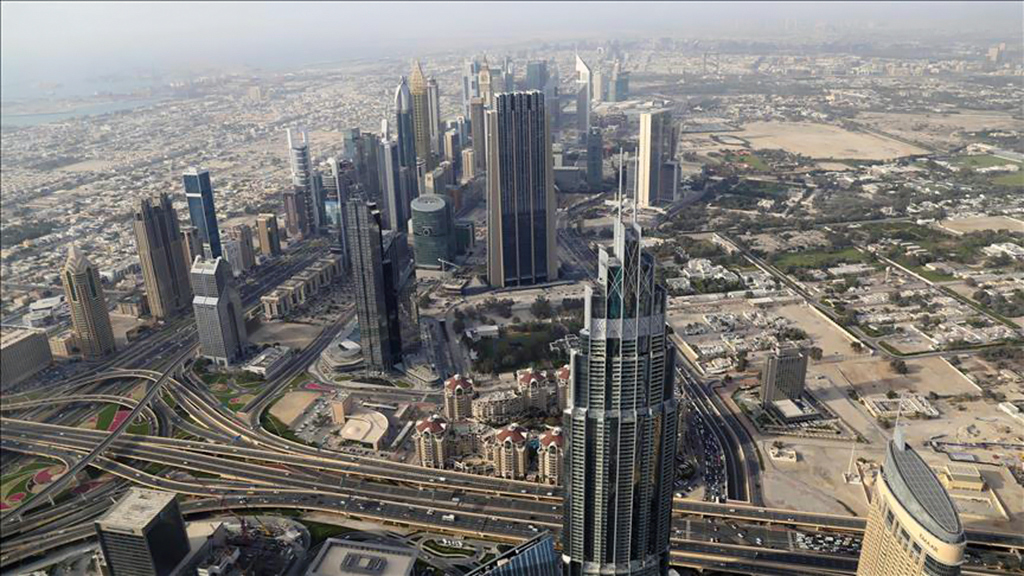 The United Arab Emirates (UAE) has recently emerged as a revisionist and expansionist state, not only in the Middle East but also in North Africa, the Horn of Africa and even the Balkans.

The United Arab Emirates (UAE) has recently emerged as a revisionist and expansionist state, not only in the Middle East but also in North Africa, the Horn of Africa and even the Balkans. The UAE, trying to fill the power vacuum created after the Arab Spring, has changed its strategic calculations from the Gulf to a much larger region. In light of this, the leadership of the UAE began to claim Emirati interests from India to the Suez Channel and Libya. Some even claim that the UAE has been trying to create a “pax-Emirati” in the Middle East.

The most-used instrument, and maybe the only effective instrument that the UAE uses is the money and financial resources it has. It mobilizes all its resources against any opposition forces that oppose its national interests and at the same time otherizes many regional states, like Turkey and Qatar and regional nonstate actors such as the Muslim Brotherhood and Nahda.

In this short piece, I will list some of the regional crises in which the Emirati leadership has intervened in favor of destabilizing actors.

The UAE’s most effective intervention was its participation in the military coup in Egypt against the democratically elected Muslim Brotherhood government. The Emirati government is known for its antagonism to Islamic movements, including the Muslim Brotherhood. It even declared that the Brotherhood, an organization which systematically rejects the use of violence as an instrument, as a terrorist organization. Among other reasons, the UAE followed such politics in order to secure the Suez Channel and its trade in the Red Sea. For instance, the UAE has been operating the largest port in the Red Sea, in Djibouti.

It has also been one of the most effective powers on the ground in the Yemen crisis. Besides sending a large number of troops to Yemen, the UAE has tried to invade some Yemeni islands. According to U.N. reports, besides the Saudi government, the UAE is responsible for the violation of international law and war crimes committed in Yemen. Hundreds of thousands of Yemeni civilians died as a result of the Emirati, Saudi and Iranian proxy war in the country.

The UAE has been supporting – politically and military – one of Moammar Gadhafi’s strongmen, the retired Maj. Gen. Khalifa Haftar, who divided the Libyan state and ruined the newly established national government.

U.N. experts working in Libya documented that the UAE controls an air base in eastern Libya, and it is claimed that Emirati aircraft took part in military operations against the city of Benghazi and the Revolutionary Council. Although the UAE asserts that it supports Gen. Haftar because he is the leader of “the army fighting against terrorism,” many international human rights organizations reject Emirati policies in Libya. Ultimately, the UAE, together with Egypt and Saudi Arabia, is responsible for the partition of the Libyan state.

The Emirati government established a military base in Eritrea, and it is trying to become an actor in the Horn of Africa. The UAE considered piracy in Somalia as a threat to its national interests. Therefore, the UAE legitimized its actions by mobilizing Western public opinion against the Somali pirates. Furthermore, the UAE wants to take over some other ports in the Horn of Africa, in particular in Bosaso, a city in the north part of Somaliland.

On the other hand, the country has been emphasizing counterterrorism efforts in order to get the support of Western countries. However, all related actors know that the main objective of the UAE is not to struggle against international terrorism but to instrumentalize the anti-terrorism rhetoric.

According to some international media outlets, the UAE has even begun to interfere in the domestic affairs of some countries in the Horn of Africa. However, by rejecting the UAE’s demands these regional states have not allowed the Emirati government to create instability in the region. Nowadays, the UAE has been trying to influence the Ethiopian government, the potential hegemon of the region, while otherizing other regional actors. For instance, it has been supporting secessionist organizations in Somalia, to punish the pro-Qatari government.

Since Emirati relations with regional actors are not institutional but personal, it is quite difficult to predict the future of its influence in the region. Nevertheless, it is clear that the UAE has many shortcomings in maintaining its impact in the region for it suffers from a lack of personnel, know-how and high technology; moreover U.S. and Israeli support for its projects are eminently disliked by other countries in the region.

Opposition CHP's leadership crisis still at full burn
Next
Loading...
Loading...
We use cookies to ensure that we give you the best experience on our website. If you continue to use this site we will assume that you are happy with it.Ok