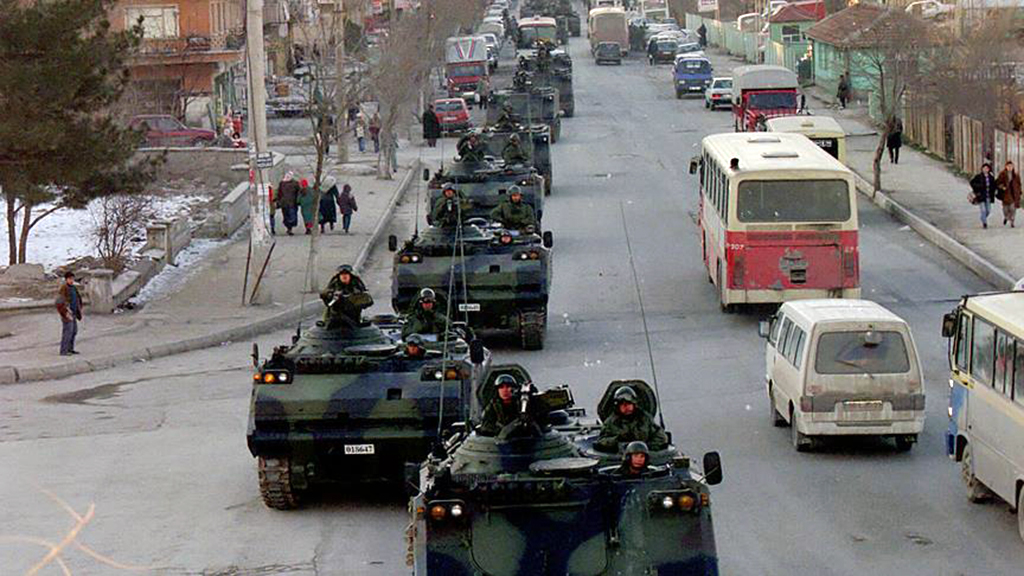 During the four-year interlude that elapsed from Feb. 28, 1997 to 2001, fiscal discipline and financial prudence were completely lost, thereby preparing the groundwork for the gravest financial crisis in the country's history

This week, large segments of the Turkish society commemorated the 21th anniversary of the Feb. 28 post-modern coup, which represents a major trauma in Turkey’s history of coups and anti-democratic interventions. Triggering one of the largest devastations in the political, economic and social fabric of the country, the Feb. 28 coup qualitatively differed from previous and subsequent military interventions in that it represented a carefully choreographed process, rather than a one-off initiative. Unlike the conventional military coups that regularly interrupted the normal functioning of the democratic regime during the multi-party era, the Feb. 28 process was managed over the course of several months in order to raise social anxieties with the fabricated threat of the imposition of Sharia law and destruction of the secular regime. A comprehensive perceptive and socio-psychological operation was conducted by leading military and bureaucratic figures in coordination with interlocutors from the judiciary, mass media, academia, finance and business world. Immense socio-psychological traumas were triggered by the implementation of the headscarf ban, discriminatory treatment and public pressure over religious segments of society on the pretense of a so-called threat of Sharia law. With a pretext of re-balancing democracy, the Feb. 28 process was designed to weaken the political and economic representation of social groups with an open Islamic-conservative identity in an attempt at social engineering.While the Feb. 28 process was designed as a perception operation to inject the paranoia of regression into the social psyche, the perpetrators of the coup were attempting to cover up a substantial economic and financial operation. During the four-year interlude that elapsed from Feb. 28, 1997 to 2001, fiscal discipline and financial prudence were completely lost, thereby preparing the groundwork for the gravest financial crisis in the country’s history. While the incumbent government ruled by Prime Minister Necmettin Erbakan was forcefully replaced by a weaker tripartite coalition, the pool system that enabled more effective management of public debt requirements was abolished and internal borrowing started to accumulate. The large financial bourgeoisie transferred massive international credit resources to state institutions and gained huge commissions as facilitating intermediaries. While the semi-authoritarian, politico-bureaucratic core propagated militant, secular rhetoric, it also allowed the opportunistic financial bourgeoisie organized around family-owned conglomerates represented by the Turkish Industrialist and Businessmen Association (TÜSİAD) to exploit this internal debt cycle. These conglomerates also tried to ensure their sweet profit schemes by utilizing the political influence of senior military officers as a result of which numerous retired generals entered into the Executive Boards of major holding companies. In return for this military tutelage, TÜSİAD, which projects itself as the chief proponent of democracy and modernization in Turkey, turned a blind eye to the anti-democratic measures and blatant human rights violations committed by the perpetrators of the Feb. 28 process. Politically, the process triggered developments that led to internal decay and the weakening of Turkish democracy and its institutions and forces of civil representation.Economically, multiple banking licenses issued by weak coalition governments and lackluster financial regulation undermined the already fragile system of financial supervision and regulation. The privatization of public banks with inadequate regulatory insight, political distribution of banking permits, irregular capital transfers from banks to holding companies, uncontrolled rise of international loans and fragility of financial supervision triggered a grave banking crisis in 2001. Consequently, 20 private banks largely owned by the economic allies of the Feb. 28 perpetrators announced bankruptcy and had to be transferred to the Savings Deposit Insurance Fund (TMSF) for liquidation. The total financial burden created by the serial bankruptcies of these banks as well as the duty losses deliberately incurred by public banks due to political pressures during the Feb. 28 process reached $50 billion. This was a hefty financial burden that had to be shouldered by the whole of society for many years to come. Authoritarian periods invariably create economic and financial drains on societies as they prevent transparency and accountability in governance, which is why we should embrace and empower democratic accountability.

Perpetual ups and downs in Ankara-Washington negotiations
Next
Loading...
Loading...
We use cookies to ensure that we give you the best experience on our website. If you continue to use this site we will assume that you are happy with it.Ok