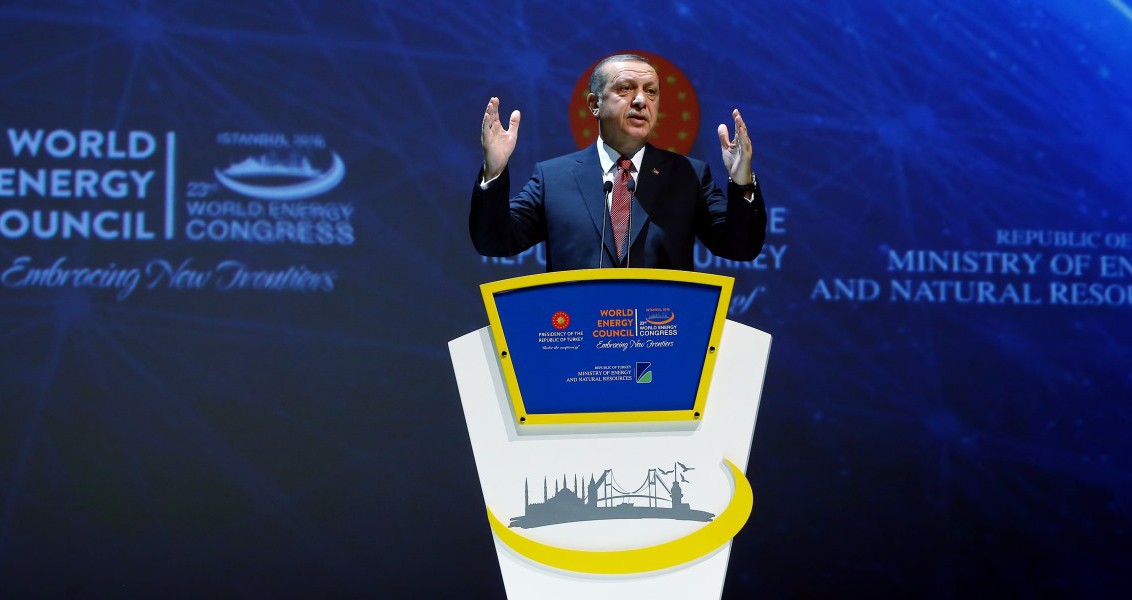 The highlight of the congress will be Vladimir Putin's meetings with President Erdoğan and the messages that they will prefer to convey public opinion "between the lines.

Having overcome the trauma of the foiled 15 July coup attempt, Turkey continues to take strategic steps toward goals to see her agenda as a rising power materialize.

Even though Turkey is still under a state of emergency declaration that was extended after the bloody coup attempt, the government has maintained an extensive fight to eradicate the domestic and international branches of the Gülenist Terror Group (FETÖ).

Critical moves have been made in a wide range of areas regarding security, foreign policy, the economy, energy and multilateral engagements. Be it the Turkish Armed Forces’s (TSK) backing of the FSA in Operation Euphrates Shield in northern Syria to create a safe zone for refugees, Turkey’s swift normalization of relations with Russia, the reviving of the Turkish Stream Pipeline project or the renewed activism of the main platforms of the U.N., the post-July 15 spirit is one of strong confidence and visible, hard-driven efforts.

In this context, rapprochement with Moscow is of particular importance as it provided Ankara with a new set of avenues for a proactive international presence at a time when bumpy relations with Washington are being fueled by the tactical display of support for the coup attempt shown by the U.S. government in its refusal to extradite Gülen and its insistent use of the People’s Protection Units (YPG) against Turkish forces in Syria.

Despite premature criticisms raised about President Recep Tayyip Erdoğan and the Justice and Development Party (AK Party) government’s axial shift from the NATO-EU vector towards some sort of Eurasian-ism, Turkey’s government is keen on taking advantage of the new avenues that are presenting themselves.

During this sensitive conjuncture, the city of Istanbul, which often hosts global summits, will host the 23rd World Energy congress next week from Oct. 9 to Oct. 13. But this is no ordinary congress.

This will be the first major showcase event hosted in Turkey since the foiled coup attempt. And in so doing, Turkey will have the opportunity to declare its renewed level of self-confidence in the face of global public opinion and international figures of the public and private sectors.

The congress is a summit of the global elite in the energy sector, including ministers from Russia, Saudi Arabia, Venezuela, the United Arab Emirates, Portugal, Switzerland and Germany. Secretary generals of multinational corporations like OPEC will come together with chief executives and top managers representing strategic players in the global market like Saudi Aramco, Lukoil, Total, BP, Royal Dutch Shell, EnBW, GE Oil, Nestle and many analysts, academics and media pundits.

More notably, Russian President Vladimir Putin will also be present, giving a speech about the normalization process between Ankara and Moscow, which has seen accelerated steps since President Erdoğan’s visit to St. Petersburg on Aug. 9. With this being Putin’s first visit to Turkey since the jet crisis on Nov. 24 last year, his every word will be carefully analyzed, every gesture or mimic dissected under the microscope of the media. Both Brussels and Washington will be nervous spectators as Erdogan and Putin outline their visions for world energy, galvanizing the mutual understanding that will turn Turkey into a major power in the transportation and processing of energy in the medium term.

The formal agenda of the congress will focus on where the world is headed in diverse areas like global renewable energy, financial development through energy investments, nuclear energy and biofuels, climate change and hydrocarbon pioneering as the world moves forward over the next 40 to 46 years, to 2060. Energy markets in Europe, Latin America, Africa, Central Asia and China along with technology and innovation in energy and the storing and transportation of energy resources will be discussed. The congress agenda is an all-encompassing one looking at conventional and renewable energy sources, issues of sustainable development, global governance, market regulation, regional ecosystems and international competitiveness. As global energy circles discuss whether the future of energy markets will be shaped in an environment of market-driven innovation, creative models of financing, new breakthroughs in renewable energy and the rise of economic nationalism, neo-protectionism, inflation and energy wars in conventional sectors will be used as a major platform for all-inclusive debate at the congress. I personally will also be speaking at a Special Panel on “Changing Geopolitical Balances in Eurasia and Turkey’s Energy Diplomacy.”

But to reiterate, the highlight of the congress will be Vladimir Putin’s meetings with President Erdoğan and the messages that they will prefer to convey public opinion “between the lines.” The congress will mark Ankara’s official return to the global energy chessboard with a strong strategic partnership with Russia, along with ongoing collaboration among the sides in Syria.