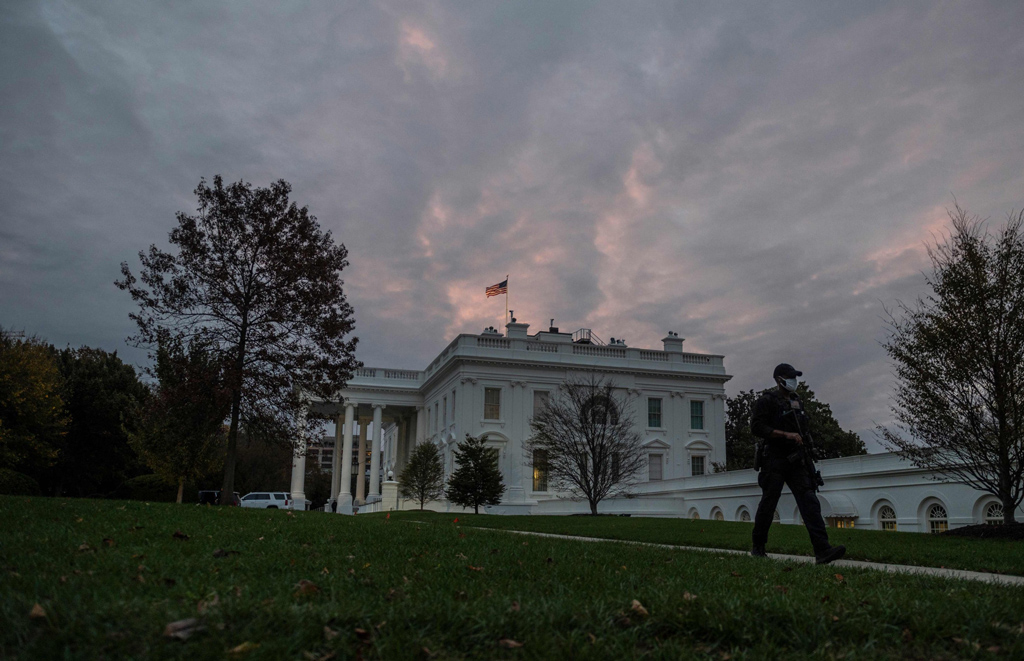 Can US repair its declining foreign image after elections?

There have been ongoing debates about the U.S.'s declining relevance in regional crises over the last several years. Although the U.S. administration has consistently reiterated its interest in the developments across different regions and expressed certain positions on regional crises, its effectiveness in determining the outcome of these crises is in constant decline.

There have been ongoing debates about the U.S.’s declining relevance in regional crises over the last several years. Although the U.S. administration has consistently reiterated its interest in the developments across different regions and expressed certain positions on regional crises, its effectiveness in determining the outcome of these crises is in constant decline.

The international community watched as successive U.S. presidents made statements about the violence in Syria, refugee crises in the Mediterranean, expressed concern over unrest in Libya and finally the Nagorno-Karabakh issue. However, U.S. diplomatic efforts to resolve these crises failed to provide the desired objectives.

In the Syrian crisis, for instance, the Bashar Assad regime tested the U.S. reaction by gradually escalating the level of violence. The use of force against demonstrators in major cities in Syria was condemned by Washington. However, the lack of action and increasing indecisiveness of former U.S. President Barack Obama’s administration allowed the regime to use force more violently and indiscriminately.

When the Syrian air forces started to hit opposition-held cities with SCUD missiles and barrel bombs, the U.S. once more condemned the regime but by that point, Assad’s forces were convinced the U.S. not would intervene despite its constant violation of rules and norms.

With the incumbent Donald Trump administration in the U.S., a new layer of uncertainty and unpredictability was added to America’s foreign policy. In different crises, separate agencies and departments in the U.S. started to give mixed messages and contradictory reactions.

For instance, in the crisis between Qatar and other Gulf countries, President Trump hailed the sanctions adopted by the Gulf Cooperation Council (GCC) and insinuated that Qatar was aiding terrorists, but on the same day, the Pentagon released a message thanking the Qatari government for its support in the fight against terrorism.

More recently, in the case of Libya, international observers were puzzled by the U.S. position in regards to the U.N.-recognized Government of National Accord (GNA) and putschist Gen. Khalifa Haftar forces. It was confusing because it was not clear why the administration changed its position on a crisis.

When U.S. Secretary of State Mike Pompeo visited the Greek side of Cyprus, many expected Pompeo to meet representatives from both the Turkish and Greek sides, as has been the policy of the U.S. for the last several decades.

However, observers of the U.S. Cyprus policy were surprised and perplexed to see that Pompeo did not meet with the representatives of the Turkish side. The reasons for Pompeo’s decision are still unknown. Could it be a change in the U.S. foreign policy or a personal preference on the part of the secretary?

When armed clashes broke out between Azerbaijan and Armenia after Yerevan’s provocative attacks, many regional experts were expecting a U.S. reaction. However, other than a few statements, there was no decisive action.

The meeting that Pompeo convened in Washington did not lead to a cease-fire, let alone a path towards the resolution of the conflict. With the absence of a strategic outlook and commitment to handling the crisis, we have seen politicians begin to make statements and express domestic concerns about the dispute. Certain politicians are not aware that these statements and reactions could constitute significant damage to the U.S.’s long-term interests.

As the U.S. presidential election is being held today, there are too many question marks about the future of the country’s foreign policy as both candidates have promised to take certain actions. But before any action is taken, the U.S. needs to have a comprehensive foreign policy strategy that will make the country more predictable and reliable in the eyes of its allies. Unfortunately, neither of the candidates seems to possess this strategic perspective at this point.

The story of a Halloweeny election
Previous

Mainstreaming Islamophobia in France
Next
Loading...
Loading...
We use cookies to ensure that we give you the best experience on our website. If you continue to use this site we will assume that you are happy with it.Ok