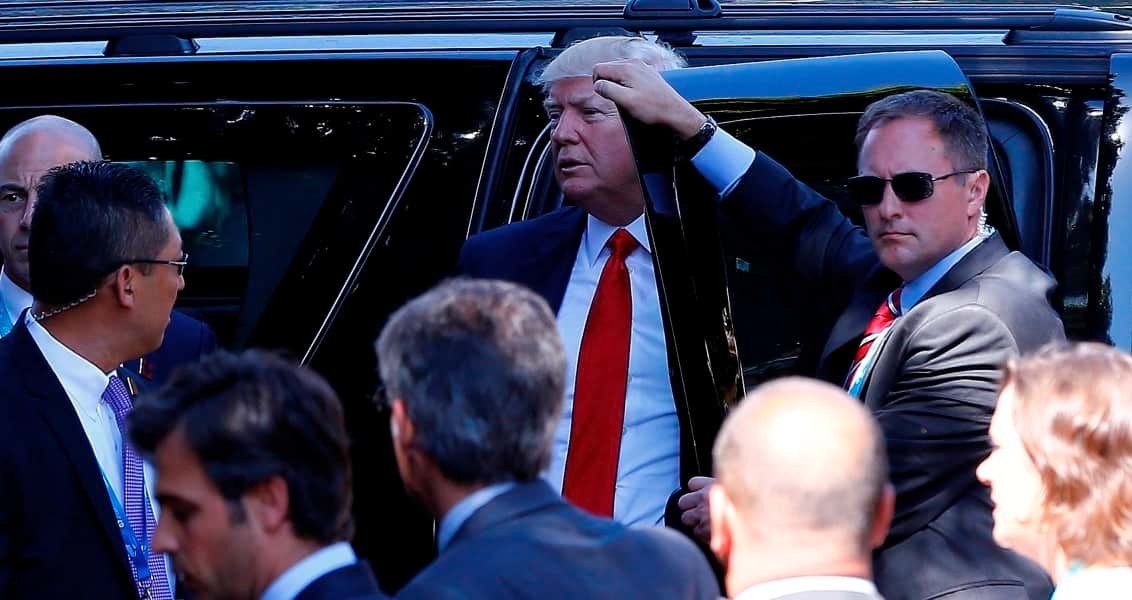 It is true that the Iran expansionism is one of the great threats that must be stopped. However, Trump's current policy on Iran could only cause more chaos and terror in the Middle East

Donald Trump’s victory in the 2016 U.S. presidential election sparked a seemingly endless storm in world politics. In recent months, controversial statements and decisions by the White House not only traumatized Washington but also sent shockwaves through world capitals.

To be clear, Mr. Trump’s brand of politics revealed that the Western-dominated world order was experiencing a serious crisis and it would be unfair and unrealistic to blame the current chaos on the U.S. president’s carelessness or inexperience. Nor could we account for the situation at hand with reference to his eagerness to renegotiate international agreements in an attempt to look out for Washington’s best interests.

But let’s make one thing clear: Although Mr. Trump has been questioning America’s global role, which has raised questions about Washington’s reliability around the world, the administration has been dealing with problems left behind by past presidents. The pressing issues of today, including the threat posed by China to American interests, the need to counter-balance Russia’s influence and the situation in the Middle East, were merely inherited by Mr. Trump.

Tackling questions of foreign policy as a businessman, the U.S. president’s top priority in the Middle East has been to contain and isolate Iran. His strongly-worded statements in Riyadh and Tel Aviv last month suggested that the moment of truth has arrived. Nor did the re-election of Hassan Rouhani, a “moderate” supporter of the nuclear deal, weaken Mr. Trump’s resolve.

At the end of the day, Mr. Trump’s take on Iran is completely different from his predecessor’s view. Willing to ignore the threat posed by Shiite radicalism provided that it did not target the West, the Barack Obama administration looked the other way as Iranians seized control of Syria, Iraq and Yemen. It was only in Yemen that Washington proved willing to lend partial support to Saudi Arabia.

For Mr. Obama, the nuclear deal represented the centerpiece of a new policy that would lift sanctions against Iran and welcome Tehran back into the international system. Meanwhile, the previous administration stood idly as tensions between Saudi Arabia and Iran evolve into full-blown sectarian polarization.

In recent months, President Trump not only argued that the nuclear deal had been poorly negotiated but also imposed new sanctions on Iran. Moreover, he realigned Washington’s take on Iran along the expectations of Israel and the Gulf countries. By identifying Iran as a source of instability, terrorism and oppression, Mr. Trump reversed his predecessor’s policy of rapprochement with Iran.

The U.S. president’s promises to Arab leaders revived the hopes of forming an Arab NATO in the Middle East. Moving forward, it would appear that the regional cold war of the Obama years will give way to violent confrontation. To be clear, Mr. Trump wants to sign military agreements with Gulf nations similar to the recent deal between Saudi Arabia and the U.S. in order to help American weapons manufacturers make more money. But he could possibly further aggravate the sectarian tensions that he accused the Obama administration of doing in the first place.

Of course, Iranian expansionism must be stopped in Yemen, Iraq, Syria and Lebanon. There is little doubt that the atrocities perpetrated by Shia militias have been the driving force behind Daesh and other radical groups. However, U.S. officials must understand that shaking hands with authoritarian Sunni leaders and ignoring popular demands won’t be enough to isolate Iran.

At the end of the day, the Iranian regime has been promoting a culture of resistance since the 1979 revolution. Let us recall that Tehran has been generating and using proxies for four decades. Mobilizing Shia communities across the Middle East, Iran remains capable of fueling chaos in the Gulf. Under the circumstances, U.S. policymakers should not ignore the possibility of China and Russia throwing their weight behind Tehran.

As such, unless the Trump administration can turn its goal of isolating Iran into a coherent policy, the steps taken by Washington will only bring more chaos and terror to the Middle East. The fact that the U.S. opted to work with the People’s Protection Units (YPG) in the Raqqa operation shows that Washington is unlikely to promote stability in the region.

But maybe all they really want is to sell more weapons to regional powers.

What Is Turkey's Position in the Global Turmoil?
Previous

AK Party's Next Challenge in the New Period
Next
Loading...
Loading...
We use cookies to ensure that we give you the best experience on our website. If you continue to use this site we will assume that you are happy with it.Ok