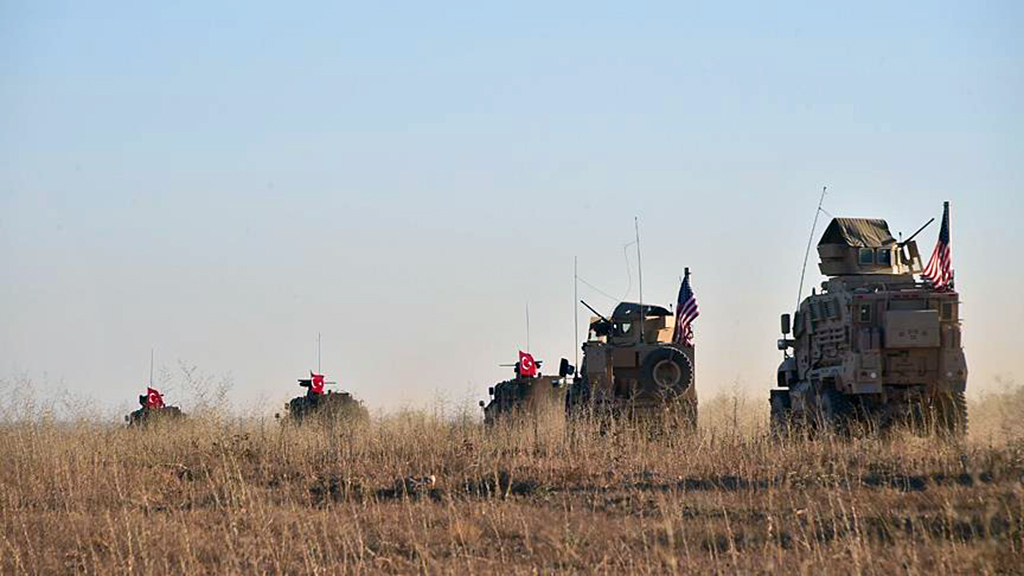 America’s only choice in Syria is to cooperate with Turkey

The U.S. withdrawal from Syria is turning into a major debacle. Washington's superpower status enables it to exploit the disequilibrium in military might to invade other nations..

The U.S. withdrawal from Syria is turning into a major debacle. Washington’s superpower status enables it to exploit the disequilibrium in military might to invade other nations. But, retreating from the battlefield is another story. Time and again, Americans have proved unable to create functioning state structures or promote democracy in occupied territories. Nor have they been able to leave as planned. Iraq and Afghanistan immediately come to mind, yet Washington is struggling in Syria now.

Instead of shaking hands on the Turkish plan, which involved a 20-mile wide safe zone in northern Syria, the U.S. opted to explore options that are far more complicated. President Donald Trump’s team turned to their European partners, in light of a proposed transfer of territory from the People’s Protection Units (YPG), the PKK terrorist organization’s Syrian affiliate, to the so-called Arab forces.

Acting Secretary of Defense Patrick Shanahan pitched to the NATO circles a plan for an observation force, yet The Washington Post reported that the Europeans were unwilling to fill the power vacuum that Washington will leave behind. If the U.S. were to retreat, they reportedly said, the rest would follow suit. That story did not come as a surprise, as European (including French) officials overseeing the Syria file made the same case in private meetings in recent months. Without the U.S., they told me, the European forces would not stay in the conflict zone.

It would make no sense for European governments to embark on a controversial adventure in Syria that would fuel tensions with Turkey after the U.S. withdrawal. After all, they rely on the Turks to protect them from terrorists and another refugee crisis, which Turkey did, even though Europe was not much of an ally vis-à-vis the Syrian conflict and illegal immigration. Indeed, the Europeans have been free riders on those issues.

If Turkey and Europe do not see eye to eye on a key issue like the PKK/YPG threat, the relationship will suffer long-term damage. Moreover, it is important to keep in mind that Turkey is more strategically important to Europe than the U.S. Washington has the luxury of gradually withdrawing from the Middle East, only to maintain a presence in the Gulf. Yet the Europeans have nowhere to go. To address problems emanating from the Middle East, they have no choice but to cooperate with Turkey.

In the meantime, tensions are growing between Russia and the U.S. Earlier this week, Russian President Vladimir Putin threatened to point his country’s new weapons at American targets if Washington were to deploy missiles in Europe. Turkey could play a crucial role to counterbalance Moscow’s growing pressure on the old continent. Hence, Turkish President Recep Tayyip Erdoğan’s straightforward message to European governments: That setting up safe zones was the only way to facilitate the return of refugees to Syria, that Turkey could not stop the next influx of refugees alone and that Syrians will eventually head to Europe if they cannot return home. To support a Turkish-controlled safe zone in northern Syria, Erdoğan added, would be a contribution by the European governments to their own national security. The Turkish president’s remarks serve as a reminder to certain European decision-makers, who have been trying to protect PKK/YPG militants that they have to think about their own interests and the future of Europe.

It is meaningless for the U.S. foreign policy elites to waste time on ill-fated options in Syria. A Turkish-controlled safe zone is the only workable solution. In addition to repairing Washington’s strained relations with Ankara, that plan would ensure the safety of European capitals. Obviously, the Americans are welcome to try to set up a safe zone with the help of Arabs or Europeans – and fail. The other alternative is to serve the entire region to Russia, Iran and the Assad regime on a silver platter. Needless to say, to make that decision would be to admit in advance that the U.S. withdrawal from Syria would be a massive failure.

Let us see if Washington will be able to pull out without making a mess this time around.

How to handle Turkey-US tensions
Next
Loading...
Loading...
We use cookies to ensure that we give you the best experience on our website. If you continue to use this site we will assume that you are happy with it.Ok