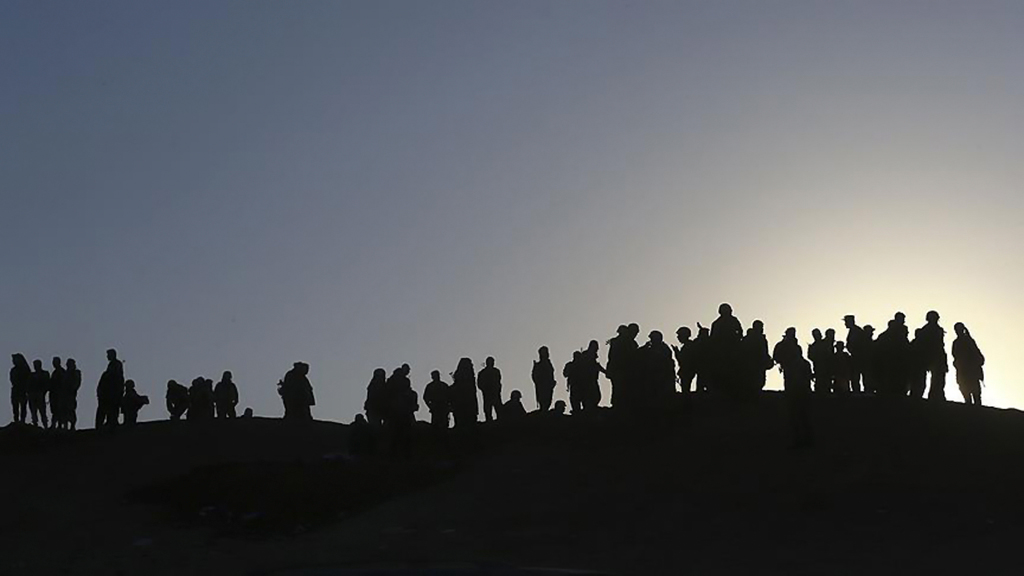 A post-Daesh strategy without Turkey is unrealistic

U.S. President Donald Trump is eager to declare victory against Daesh, yet his military commanders express concerns that the terrorist defeat might be short-lived.

U.S. President Donald Trump is eager to declare victory against Daesh, yet his military commanders express concerns that the terrorist defeat might be short-lived. Without necessary pressure, the American military leadership fears Daesh will get back on its feet within six months. Yet Trump is in a rush to withdraw from Syria by April and find another government to deal with the problem of foreign fighters. The People’s Protection Units (YPG), the terrorist PKK’s Syrian affiliate that threatened to release Daesh militants from its custody in retaliation to a U.S. withdrawal, now threatens Trump’s European allies. The group demands Britain, France and Germany to take some 800 Western fighters and put them on trial in Europe.

The death of Daesh, much like its birth, is surrounded by controversy and unanswered questions. The fact that the group faces imminent defeat does not mean it will not participate in future proxy wars. After all, Western governments are more focused on the YPG’s fate and not at all interested in the sociological factors, including the mass radicalization of Sunni Arabs, underlying the Daesh threat. Moreover, NATO allies are at odds with each other over the post-Daesh order.

Either way, one thing is clear: Europe has no choice but to step up to the plate and rehabilitate its foreign fighters. For years, European leaders prayed that all Western fighters would perish in the Syrian theater. Yet there are some 4,000 radicals, including spouses and children of Daesh militants, with whom Europeans must deal without further delay. The U.K. thinks it solved that problem by stripping the fighters of British citizenship. Germany and others are unhappy with Trump’s decision to shoot from the hip, as they mull over the challenge of putting militants on trial. The U.S. president, however, lacks the patience and intention to discuss the matter at length with his European counterparts.

The foreign fighter problem is not the only area where Washington expects the Europeans to shoulder the burden of the post-Daesh strategy. Speaking at the Munich Security Conference, Sen. Lindsey Graham urged European leaders to throw their weight behind the proposed safe zone in northern Syria to protect the YPG-dominated Syrian Democratic Forces (SDF) and contain the Iranian influence over the country.

Acting Defense Secretary Patrick Shanahan last week made the same case, calling for the creation of a NATO observation force to serve in Syria. It seems that the Americans, unable to address Turkey’s security concerns and protect the YPG simultaneously, would rather let the Europeans do the heavy lifting. And countries like France that jumped the gun to pledge support to the PKK’s Syrian affiliate help Washington’s case.

European governments must take into consideration the following: The YPG file is nothing like the foreign fighter issue. The idea that Europeans will form an international coalition to protect the YPG from Turkey is unrealistic. No European power could possibly carry out a campaign that the U.S. could not. If Europe goes down that path, it will accomplish nothing and alienate Turkey. In other words, Washington is trying to hand over an unbearable burden to the Europeans.

Certain Europeans, who have a romantic view of the PKK terrorists, might not be too worried about losing Turkey. Yet the country remains key to Europe’s plans for the future of Syria and to the European response to terrorism, illegal immigration and other issues. In other words, Turkey remains Europe’s gatekeeper.

It remains to be seen how the U.S. will reconcile its post-Daesh strategy with Turkish interests. Yet Europe simply has no choice but to work with Turkey.
[Daily Sabah, 20 February 2019]
Share

Daesh will continue to be a challenge
Next
Loading...
Loading...
We use cookies to ensure that we give you the best experience on our website. If you continue to use this site we will assume that you are happy with it.Ok